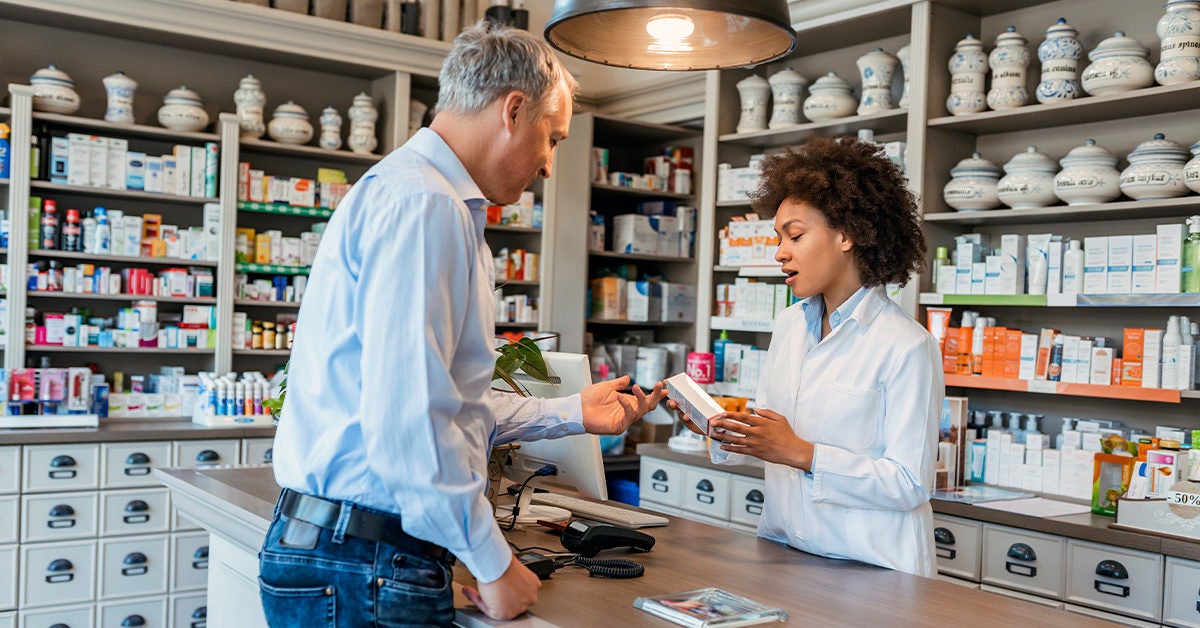 The U.S. healthcare system — the most expensive in the world — essentially allows private, for-profit companies to set the prices at whatever they think someone will pay.

While insurance companies and healthcare providers can negotiate what they’re willing to pay, the nation’s largest insurer — the U.S. government — doesn’t always have those same rights.

But the majority of members in the U.S. House of Representatives feel the current policy benefits drugmakers, not the people who need those medications to remain healthy.

That’s why they’ve put forth one of many bills to wrangle in drug prices, even if it’s not expected to get very far because of the current political alignment in Washington.

The bill — HR 3, or the Elijah E. Cummings Lower Drug Costs Now Act — passed the House on Dec. 12 by a vote of 230-192. It was then forwarded on to the Republican-controlled Senate, where many bills have languished without so much as a single hearing.

The bill, first drafted in October 2019, took on the name of Rep. Cummings, its author, after his death later that month.

It has several provisions that could help lower prescription drug costs for the nearly 39 million Medicare beneficiaries, including granting the Centers for Medicare and Medicaid Services (CMS) the authority to negotiate drug prices, particularly those covered by Medicare Part D.

Rep. Barbara Lee, a Democrat representing parts of the San Francisco Bay Area, called the bill a “a big victory” in the ongoing fight to rein in healthcare costs.

“It is beyond outrageous that the U.S. government is not currently allowed to negotiate drug prices through Medicare,” she said in a statement. “And it is shameful that Big Pharma is charging people in the U.S. hundreds of times more than what they charge in other countries.”

One such drug is insulin.

While it was invented in 1922, one report from the nonprofit Health Care Cost Institute shows insulin costs per patient have nearly doubled from 2012 to 2016.

“The soaring price of prescription drugs is crushing Americans at the pharmacy counter, driving up health insurance premiums, and creating unaffordable costs for taxpayers who finance Medicare and Medicaid,” Speaker of the House Nancy Pelosi said in a statement.

The Congressional Budget Office estimates that HR 3 would account for about $98 billion in savings over a 10-year period.

The price negotiation provisions would lower spending by about $456 billion, but covering dental, vision, and hearing under the Medicare program would raise spending by approximately $358 billion.

Dr. James C. Robinson, PhD, MPH, the Leonard D. Schaeffer professor of health economics and the director of the Berkeley Center for Health Technology, says HR 3 would help bring the costs of drugs in the United States closer to the International Reference Price, or what other wealthier countries pay.

For reference, the United States pays 60 percent more than Germany, another country with high healthcare costs.

The big issue is the part of HR 3 that allows CMS to negotiate drug prices under Medicare Part D, which Robinson says is predominantly run by private interests.

“If you’re pharma, this is bad,” he told Healthline.

It’s already been a bad time for pharmaceutical companies. Many have received the brunt end of widespread public dissatisfaction after being criticized in the media and political realms.

Now that healthcare is carrying political narratives, out-of-pocket spending — like the kind that would go down for Medicare parts B and D beneficiaries should HR 3 or a similar bill become law — is more than just a pundit talking point.

“Everyone in America knows someone who is taking an expensive medicine,” Robinson said. “And they vote, so this is obviously political.”

Between patients’ out-of-pocket costs all the way up to what CMS covers, the United States spent more than $330 billion on prescription drugs in 2017.

“That is an enormous draining of dollars from taxpayers out of Medicare and Medicaid, and out of the pockets of Americans who have to pay high premiums, deductibles, and copays, which are driven up significantly by the highest prescription drug costs in the world,” Chris Orestis, president of LifeCare Xchange, told Healthline.

Orestis says freeing up even the smallest percentage of this money could raise the standard of living for many people, as well as having a stimulating impact on the economy.

It would also help people who react to the high costs of prescription drugs by rationing their care and dosages.

“They can’t afford their prescriptions and so either delay or avoid needed care, or they try to stretch out their medications to last longer,” Orestis said. “This practice is not healthy and actually exacerbates the costs of healthcare with people’s health declining instead of improving, which is ultimately more expensive for themselves and all of us.”

But overhauling how the United States pays for prescription drugs isn’t something that’s immediately solved by the flick of the president’s wrist.

Dr. Ross Goetz, PharmD, MBA, a pharmacist and director of business development at the online pharmacy HealthWarehouse.com, says negotiating with Medicare is “a touchy topic.”

He says while transparent pricing would allow patients to pay fair and realistic prices for their medications, adding further complexity to an excessively complex infrastructure doesn’t dissolve the prescription industry into the simple workflow that would benefit everyone.

“While supporting healthcare across the nation is a bipartisan issue, I feel that all parties are hesitant to throw a Band-Aid bill over the open wound that is an overly complex and broken healthcare system,” Goetz told Healthline.

“There are many businesses involved in the prescription dispensing process, but all businesses should align in the common goal of supporting the patients. If this can be achieved, through the guidance of bills like HR 3, then the patient should win,” he said.

Essentially, both parties want to claim victory to the millions of potential voters who put healthcare as their main issue going into the presidential election.

As of last month, healthcare remains a top concern among Democrats and independent and swing voters, according to the Kaiser Family Foundation.

In November, President Trump tweeted that he and Alex Azar, secretary of the Department of Health & Human Services, had a plan to let states import prescription drugs at a cheaper rate.

“While we had the first prescription drug price decrease in 50 years, Americans still pay far too much for drugs – other countries pay far less – that is WRONG!” the president tweeted.

In December, former Vice President Joe Biden tweeted out his healthcare plan, which builds on the Patient Protection and Affordable Care Act, better known as “Obamacare.”

“Prescription drug companies are profiteering off the pocketbooks of sick individuals — it’s wrong,” Biden tweeted. “As president, I will stand up to the abuse of power by drug corporations and put an end to runaway drug prices.”

On Feb. 11, Sen. Sanders tweeted a listing of common prescription medications where Americans were paying upward of 2,600 percent of the global median average.

He mentioned the Prescription Drug Price Relief Act, which he introduced in January 2019. Like HR 3, it would force pharmaceutical companies to lower their prescription drug costs to what other similar “rich countries” pay.

“If Big Pharma refuses, we end their patent monopolies and allow cheap generics to be made, saving Americans billions of dollars a year,” Sanders tweeted.

But those plans are all different and separate from HR 3, namely because those who want to be in charge want to tout themselves as the author of change.

And, because it’s an election year, there’s the deep pockets of financial backers to consider.

Orestis says there are two primary reasons HR 3 has been held back from moving along through the Senate.

The first, he says, is that Senate Majority Leader Mitch McConnell, a Republican, doesn’t want to endanger the campaign contributions from the pharmaceutical industry needed to defend their “tenuous” hold as the Senate majority during “a very volatile election.”

The other is that both Democrats and Republicans want to claim victory for reining in drug prices, but HR 3 bears the wrong names.

“Right now, if the Senate passes and moves forward the bill to be signed by the president, much of the victory will go to the House Democrats because the bill is authored by the deceased Rep. Cummings and passed by the House first,” Orestis said.

Robinson says that since President Trump wants to remain in the White House, he wants to be the one to claim credit for lowering prescription drug costs, which is why he’s upset Republicans “aren’t doing anything about it.”

But whether HR 3 ever becomes law depends on who controls the Senate and the presidential pen after ballots are cast in November.

Until then, people like Robinson don’t expect anything meaningful on prescription drug costs to go through.

“The bill was dead on arrival,” he said. “Politically, I don’t think anything is going to pass before the election.”