What ‘Medication Fog’ Is & How It Can Cause Dementia-Like Symptoms 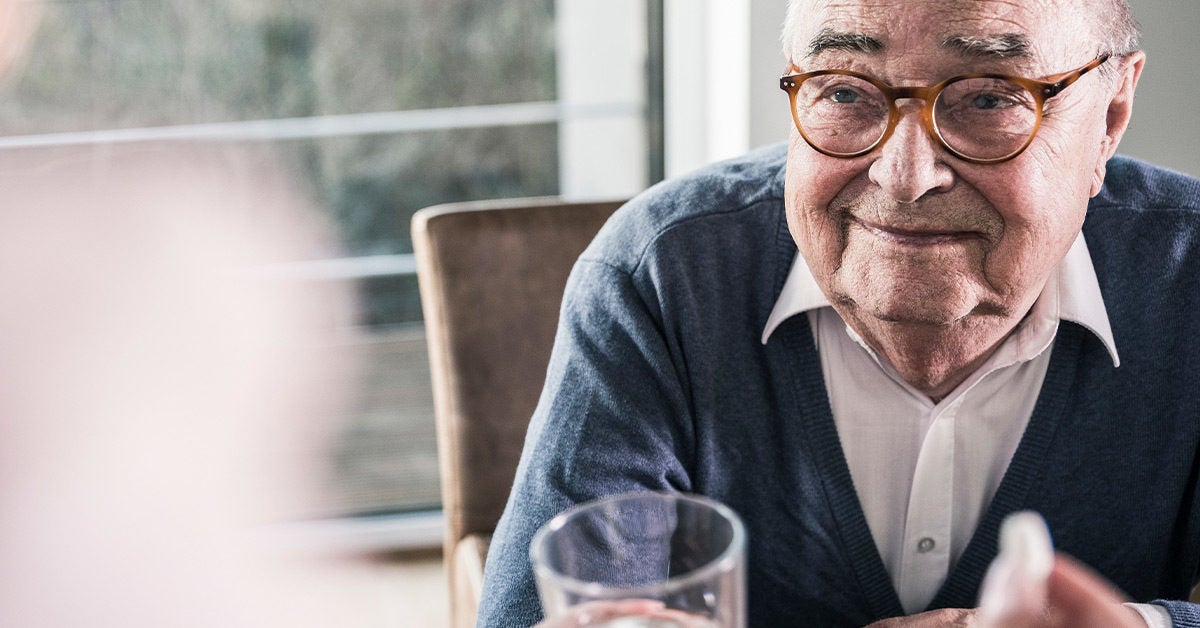 The list of prescriptions a person takes for various health conditions tends to grow as they age.

While taking a prescription may be easy, scrutinizing a long list for potential side effects is more difficult.

Experts are suggesting that older adults and their caregivers take the time to meet with a healthcare provider about their prescriptions to stave off something some people are calling “medication fog.”

Medications can cause this fog or even worsen dementia, so it’s important to be proactive about understanding your prescribed drugs — especially since more than 4 in 10 older adults take 5 or more prescription medications a day, according to a report from the nonprofit Lown Institute in Brookline, Massachusetts.

“The real challenge here is that as you get older the risk of having dementia increases, but the side effects of medications can often mimic the signs of dementia,” explained Dr. Michael Steinman, a professor of medicine in the division of geriatrics at the University of California, San Francisco. “So it’s very hard just looking at someone to say, ‘You seem to be slowing down, forgetting things, maybe getting confused’ and it can be very hard just to say from the outset, ‘Is that dementia or is that a medication side effect?’”

Last year, Steinman helped update an American Geriatrics Society list of potentially inappropriate medications for older adults, some of which can produce dementia-like symptoms or make symptoms of dementia worse.

While that list is a good starting place, Steinman noted, there are many medications that can contribute to cognitive changes that are not listed.

“Many medications which are given to older adults which often are appropriate can nonetheless have this side effect,” he told Healthline.

If you’re elderly or a caregiver of an older adult, there’s more you should know.

For starters, our bodies change over time.

“People’s kidney function often declines with increasing age, so you’re less able to excrete the medication so the levels can build up in your body,” Steinman said.

People’s bodies and their brains become more susceptible to being “pushed off-kilter” as they age.

“If you are young and healthy and you are given a medication that can cause cognitive changes, typically you have enough reserve in your brain so that even if the medication has a risk of throwing you through a loop your brain has the ability to sort of fight that and keep you feeling normal,” he explained.

There’s been a big push in recent years for deprescribing, Steinman said, which is the process of identifying problematic medications and reducing doses or safely stopping those medications.

Steinman and his colleagues created the U.S. Deprescribing Research Network, funded by the National Institutes of Health, to address this issue and help reduce the number of unnecessary or harmful medications people take that can lead to medication fog or other side effects.

“We know that older adults tend to be on multiple drugs to address concurrent health issues,” Dr. Marcel Salive, the health science administrator in the division of geriatrics and clinical gerontology at the National Institute on Aging (NIA), told Healthline. “It’s important to understand the side effects of those treatments, including how those drugs might interact with each other, in older adults. That’s why the NIA is funding a new network to develop resources to improve medication use among older adults.”

Dr. David S. Knopman, a clinical neurologist at the Mayo Clinic in Rochester, Minnesota, as well as a member of the Alzheimer’s Association Medical and Scientific Advisory Group, told Healthline that the key medications to look at are pain medications, sleep medications, anticholinergic medications, antidepressants, and other psychotropic drugs.

He said the anticholinergic class of medications is often considered the worst offender.

“For all of them… medication misadventures, somnolence, and increased confusion are the common concern, and the third is worsening gait and balance,” he said. “People who didn’t have a prior diagnosis of impairment who are now acting confused, sleepy, or have more balance problems, [seeing] that in somebody who doesn’t have prior diagnosis should trigger a concern.”

Your doctor may suggest alternatives to medications that could potentially cause side effects.

“When I suggested to one of my patients that we try an alternative to Xanax like melatonin, she became very anxious,” said Knopman. “It’s a difficult problem. It’s one best treated by avoidance for starting it in the first place.”

Steinman stressed the importance of investigating the side effects medications could be causing.

“Unless we’re really active in exploring that opportunity sometimes it gets missed, and it’s just written off as dementia and the person sort of keeps deteriorating,” he explained.

Whether you’re seeing cognitive changes or being preemptive of them in the future, it’s wise to zero in on where prescriptions are being prescribed.

“The first question would be, is the patient going to the physician by themselves? And what is transpiring at that visit?” said Knopman. “Really antecedent to thinking about symptoms of medications, the first question is, where are they getting the medications from?”

Get a list of prescriptions from your healthcare provider or make your own.

“Knowing the complete list is something that can be done prospectively, before somebody becomes more confused — [find out] what mom and dad are on,” he added.

Steinman suggested putting a doctor’s visit on the calendar, purely for the purpose of talking about medications and asking questions.

“Say, ‘Hey, I’m really concerned about my medications, can we spend this visit talking about my medications?’” he said. “‘In particular, I’m concerned that my thinking is slower, I might be having more falls, could this be a medication side effect? Are there any medications that I should think about stopping or reducing to see if it gets better?’ Because a lot of times if the patient or their caregiver doesn’t raise the issue, it won’t get addressed.”

Determine whether your medications are being taken as prescribed, too.

“There’s a rampant potential for miscommunication between what doctors intend someone to take and what they actually take,” Steinman explained. “Making sure that someone is actually taking the medications that are recommended and ensuring that those medications lists are reconciled, that everyone’s on the same page.”

Also, look at medications that aren’t on your prescription list that could contribute to cognitive decline.

That includes medications you buy over the counter, herbal medications, or supplements.

Those medications you might take for sleeplessness or a common cold could also affect you.

“It is most insidious because, Tylenol PM, ‘Hey, sounds fine, doesn’t it? It’s available over the counter.’ It’s subject to abuse in the inadvertent sense,” Steinman said.

“There’s the risk of thinking, ‘Oh, it’s just sold at my local drugstore, it must be safe,’ but that’s not necessarily the case,” he added.

We all could benefit from being more informed consumers of medications — and that doesn’t just mean attempting to read the insert that is stapled to your prescription.

“You’ll drive yourself crazy because it’s 50 pages of tiny type that lists all of the terrible things that the medication can cause,” Steinman said. “So going to another trusted source that really says what are the most important side effects this medication can cause, what to do if you think you might be experiencing them, are more useful.”