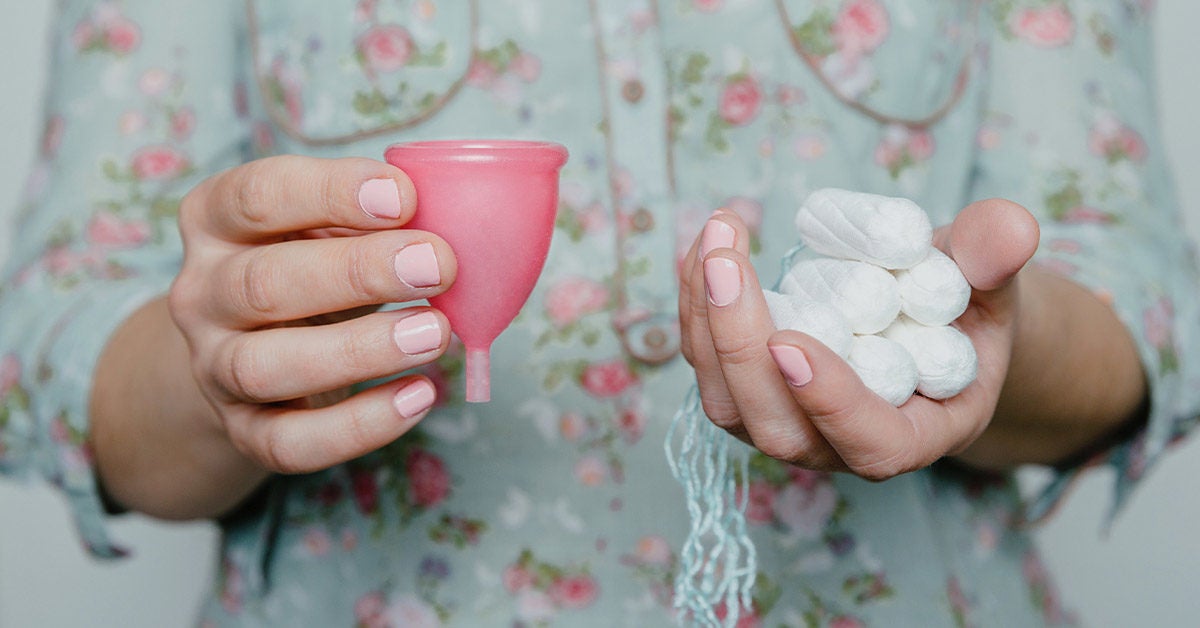 In the early 1970s, girls everywhere dashed to buy the book “Are You There God? It’s Me, Margaret.”

For many, the book by Judy Blume was perhaps the first time in their lives that the world was talking about what had long been a taboo subject: their periods.

While the book opened up a dialogue, the world never quite caught on.

And it’s more than just embarrassment about this natural bodily function.

According to reports, 1 in 4 women in their menstruating years experience “period poverty,” ranging from the inability to purchase the products they need to the inability to go to work, school, and get out in life in general because of it.

Today, though, a new wave of advocates has emerged.

It ranges from local groups building “period packs” to distribute to those in need to national activist groups looking to change laws around taxing period products, as well as finding ways to get them into the hands of all menstruating people.

These advocates are also, one story at a time, working to break down the social stigma of openly talking about periods.

They say the stigma spurs “period poverty,” when a person menstruating can’t afford basic menstrual supplies, such as tampons or pads.

“When a basic need is a taboo subject, it’s not a good situation,” said Geoff David, the executive director of Period Kits, a nonprofit organization in Colorado.

The group is dedicated to getting products in the hands of those who need them as well as changing the world’s view on menstrual cycles.

“Every one of us is here because our mother had periods. That’s how it works, this thing called life,” David told Healthline. “Periods deserve respect. Periods should be viewed as powerful and profound.”

Period Kits was founded after a young woman who was experiencing period poverty asked for kits to distribute to others for her birthday.

When the need became clear, a nonprofit and mission were born.

Right now the organization collects, prepares, and distributes as many as 1,000 kits a month in Colorado.

“We were at the Women’s March and people were coming up to us and saying what we do is great and asking if we distribute them to Kenya and places like that,” David said.

“I said, ‘No, we sent them to Broomfield (a Colorado town),’ and other places like that. People need to know that (period poverty) is happening here, today, and in all of our towns — 1 in 5 girls miss school because of it,” he said.

David says they were immediately contacted by people in 14 other cities across the nation asking how they can address the issue in their region as well.

Why the upswing in attention?

David says it’s because more and more like-minded groups are popping up, much because of the work to destigmatize periods.

Samantha Bell told Healthline she joined Connecticut’s Alliance for Period Supplies as their director after what she saw as a community health resource organizer.

Bell says she could access food, housing, and clothing for people in need, but “there was no clear community resource to help people who couldn’t afford period supplies, which are obviously also a necessity.”

When she saw an opening at the alliance, Bell knew she’d found her calling. And while her organization’s focus is clear — to provide period supplies to those in need — they also want to tackle the stigma challenge to make that happen.

“We’re dedicated to fighting stigma because we know that it contributes to period poverty. In order to talk about the 1 in 4 [women and girls] in the United States who cannot afford period supplies, we of course have to talk about periods. Decision-makers need to be comfortable entering into that conversation,” she said.

“For example, you can’t make products available in schools without talking about periods at board of education meetings,” Bell explained. “Stigma around menstruation hurts everyone who menstruates, and that’s wrong. But it especially hurts people who can’t afford to meet their basic needs.”

Bell says part of breaking down that stigma may be in how we view menstrual supplies.

“We need to recognize period supplies as a basic need,” Bell said. “When you walk into a bathroom, you expect to find toilet paper, soap, and something to dry your hands. Why are the things that both sexes need standard, while the things that are generally particular to women and girls not provided?”

David believes he knows a route to get there faster.

He also believes that period supplies should be free and available in every middle school and high school.

“Toilet paper is,” he said. “Why not period supplies?”

Lyzbeth Monard works with Days for Girls to provide reusable hand-sewn pads as well as menstrual cups to women in need in other nations as well as in Virginia, where she lives.

With a group of mostly girls and women working monthly to provide supplies, she realized that as they worked toward removing the stigma for those girls, they also needed to do the same for boys.

So they pushed to get boys to join them, and they succeeded.

“When we first educated them, it was a lot of giggles for the first 5 minutes,” Monard told Healthline. “But then they settled in and really listened. And they get it, I really think they do.”

These groups are gathering donated products and distributing them to those in need, including people who are incarcerated or experiencing homelessness.

In addition, many organizations are pushing for changes, such as eliminating the tax on menstrual-related products that 37 states still charge.

There’s also the issue of cost.

Scotland is set to become the first country in the world to make tampons and pads free.

Someday, David says, he hopes the United States can come on board and make period poverty a thing of the past.

“It’s really just about dignity,” he said. “Providing a period kit is simply providing dignity. Don’t we all deserve that?”