Here’s What We Know About Ibuprofen and COVID-19 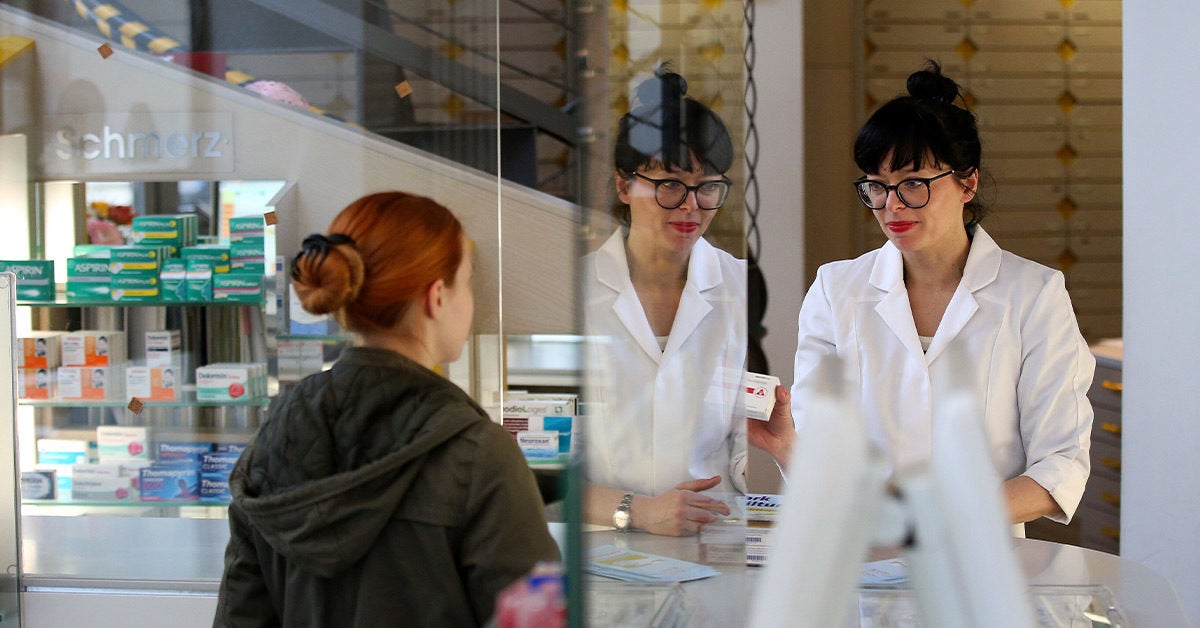 The World Health Organization (WHO) has changed its stance on taking ibuprofen if you have COVID-19, but people are still scratching their heads over what they should take if or when they contract the virus.

After previously announcing that people with the virus shouldn’t take ibuprofen to treat pain and fever, the WHO now says they don’t advise against it.

The flip-flopping has a lot of people confused — especially those stocking up on medication in anticipation of getting the virus.

Dr. Otto O. Yang, a professor of medicine in the infectious diseases division at the David Geffen School of Medicine at UCLA, told Healthline there’s no evidence that ibuprofen causes worsening of COVID-19, “although there is circulating misinformation to that effect.”

The concern began after a study in stated that ibuprofen boosts the angiotensin-converting enzyme 2 (ACE2), which may facilitate and worsen COVID-19. As a result, WHO originally warned most patients to stick with acetaminophen, which is also known as paracetamol or Tylenol.

Patients likely have increased ACE2 expression if they’re treated with ACE inhibitors, angiotensin II type I receptor blockers (ARBs), or thiazolidinediones, the report noted. Those drugs are commonly taken by those with cardiovascular disease, hypertension, and diabetes. Ibuprofen can also increase ACE2, the study noted.

The notion that anti-inflammatory drugs increase the risk of complications during fever or infection is “mostly theoretical,” Yang said.

Medical experts debate whether or not reducing the inflammation that causes fever and muscle ache actually lowers the effectiveness of the immune response. On the flip side, patients who have worse symptoms may be more likely to take ibuprofen, and their outcome may have nothing to do with the medication itself.

“There are some clinical observations of small numbers of patients that suggest ibuprofen could from bacterial pneumonias or make some viral infections like chickenpox more severe, but these aren’t careful prospective scientific studies,” Yang said.

“Other publications have even argued that ibuprofen can be helpful in by reducing the amount of inflammation, which may be damaging to the lung,” he added.

One thing specific to COVID-19 is that some lab experiments are showing that ibuprofen may boost the amount of ACE2 receptors that the virus uses to infect cells and could make the virus spread faster. But that is “purely theory that so far is not backed by clinical evidence in patients,” Yang said.

It’s unclear if what has been seen in the lab translates to the clinic, Yang added.

For example, ibuprofen may increase the ACE2 level in cells. “But that may be meaningless in a person if that increase is small, or if there is already so much receptor that adding more doesn’t matter,” Yang explained.

“I do not believe there is enough evidence due to a small sample size of patients,” he said. “However, if one is concerned, then they may want to avoid those drugs or drug families.”

Rohde explained that ibuprofen is known to diminish the response of the body’s immune system. The inflammatory process is a vital component of the overall immune response, especially the second line of defense that triggers many third-line defense mechanisms, such as T and B cell responses, he said.

For now, Rohde said there’s “no hard evidence” not to take over-the-counter or prescription pain medications. That said, Rohde advises people to talk to their doctors for more recommendations based on their individual health.

As for the National Institute of Allergy and Infectious Diseases, it gave a statement to Healthline and suggested people reach out to the Centers for Disease Control and Prevention (CDC) for updated COVID-19 treatment guidelines. “More research is needed to evaluate reports that ibuprofen and other over-the-counter anti-inflammatory drugs may affect the course of COVID-19,” it said.

“Currently, there is no conclusive evidence that ibuprofen and other over-the-counter anti-inflammatory drugs increases the risk of serious complications or of acquiring the virus that causes COVID-19. There is also no conclusive evidence that taking over-the-counter anti-inflammatory drugs is harmful for other respiratory infections.”