What We’ll Need to Do 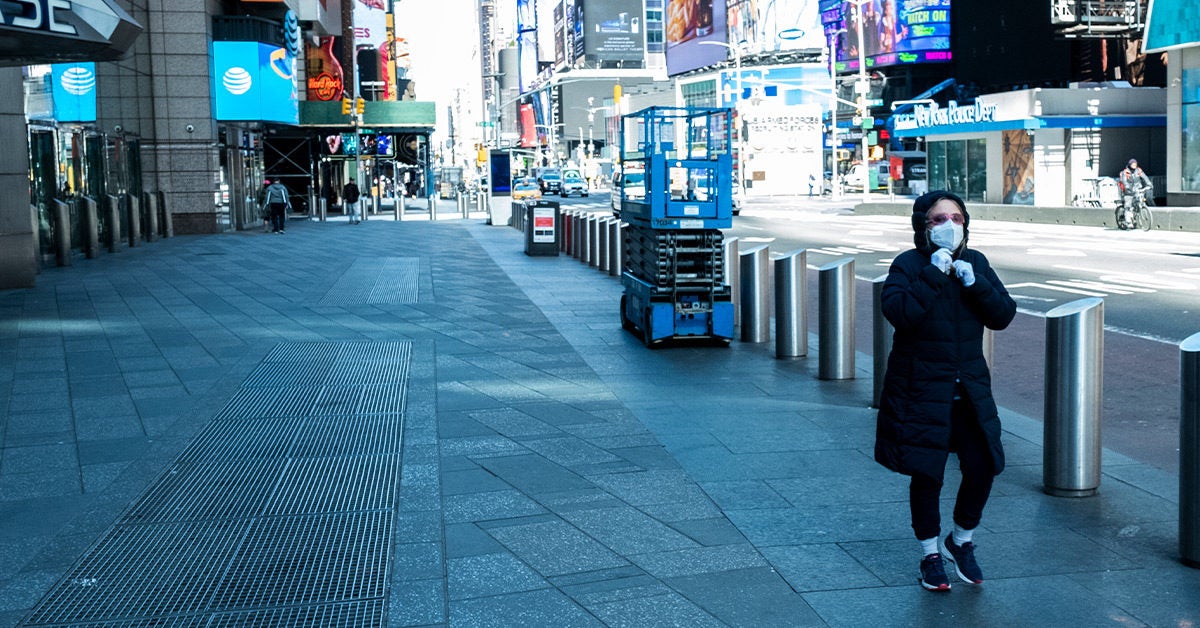 Health authorities are saying it’s possible that COVID-19 could become a seasonal illness, similar to the flu.

Last week, , director of the National Institute of Allergy and Infectious diseases, said there were early indications COVID-19 could return with the changing of the seasons as influenza does.

“What we are starting to see now in the Southern Hemisphere is that we are having cases that are appearing as they go into their winter season. And if, in fact, they have a substantial outbreak, it will be inevitable that we need to be prepared that we will get a cycle around the second time,” Fauci said.

He argued that should the virus return to the United States next fall or winter, there would need to be “a vaccine available for that next cycle.”

“Many of us are of a similar mindset to Tony Fauci and have come to the notion quite independently,” Schaffner told Healthline.

“We think this coronavirus will likely become more prominent during winter in the Southern Hemisphere… and cycle back to the Northern Hemisphere in the next winter season. We’ll be dealing then with influenza, other respiratory viruses, and the coronavirus,” he said.

“I actually hope that this virus has a seasonal component such that over the next month or so, it [begins] to abate, and if that happens we’ll get something of a break between now and the next winter season. What I’m afraid of is, it won’t give us as much of a break as influenza does,” Schaffner added.

Should there be a decline in the number of COVID-19 cases heading into summer, experts say this could provide more time to come up with solutions should the virus return.

“We may get a respite over the summer, and that buys us more time to do research vaccine development, prophylaxis, and other measures,” Dr. Dean Blumberg, chief of pediatric infectious diseases at the University of California, Davis Children’s Hospital, told Healthline.

As the Southern Hemisphere heads into winter, there are early calls to take action.

In Australia, people are usually advised to get their annual flu shot in mid-April or May. But this year, the Royal Australian College of General Practitioners (RACGP) is urging Australians to get their flu shot now.

“If people don’t get vaccinated and an increasing number of flu patients and COVID-19 patients require urgent healthcare, lives will be put at risk,” Dr. Harry Nespolon, RACGP president, said in a press release.

“With the spread of COVID-19, this is not a normal season. The last thing we want to see is patients infected with both influenza and COVID-19,” he said.

In Australia, there are currently more than 5,000 confirmed cases of COVID-19.

At the end of March, the Australian government restricted the number of people gathering in public to two. The agency also urged Australians to stay home unless they were undertaking essential activities, such as seeking medical care or buying groceries.

“It sounds to me as though Australia, in anticipation of winter, is tightening the screws one twist at a time and not trying to overdo it at the beginning, and perhaps alienating a very independent thinking population, but getting people used to it one step at a time,” Schaffner said.

Although COVID-19 coinciding with the Southern Hemisphere’s flu season isn’t ideal, Blumberg says those countries could learn from their northern neighbors.

“Do they want to act like the U.K., for example, which gave the appearance of not taking the infection very seriously and then instituted the social distancing relatively late, along with Italy, or other countries that took this very seriously from the beginning… with very aggressive testing and surveillance and contact tracing?” he said.

Blumberg says countries in the Southern Hemisphere should prepare now for the onset of winter and an increase in infections both from influenza and COVID-19.

“I think they have to be ready to ramp things up. Now is the time to prepare for capacity, for testing, to prop up public health institutions to make sure there are available personnel for contact tracing and testing, to have appropriate PPE in hospitals, to formulate those plans for surges in number of patients, formulate all the plans for hospital policies and procedures. This is a real opportunity to get all of that set up ahead of time,” Blumberg said.

SARS-CoV-2, the virus that causes COVID-19, is a virus referred to as an RNA virus. RNA is less stable than DNA and can therefore mutate quickly.

Around the world, experts have been sequencing SARS-CoV-2 to look for genetic alterations.

“There were about 800 strains that had been sequenced all over the world. What it is showing is like any virus, it is mutating, but it’s not mutating a lot,” Dr. Yvonne Maldonado, chief of the division of pediatric infectious diseases at Stanford University School of Medicine in California, told Healthline.

“There’s a lot of evidence that this particular virus may not change very much over time, and that would be good news, because that might mean that anything that happens later might be similar to what’s happening now, and we may have time to make a vaccine or therapies for the way the virus looks now,” Maldonado said.

She’s hopeful that if the virus returns seasonally, the United States will be prepared.

“Every scientist in the world who has the capacity to do work in this general area is doing it right now. If we can put our collective intelligence and resilience and innovative thinking together, we should be able to come up with… approaches to make us less likely to get sick,” she said.

“If it comes back, we should have some better ability to understand this virus and why it works the way it does so we can prevent those bad effects from happening,” Maldonado said.