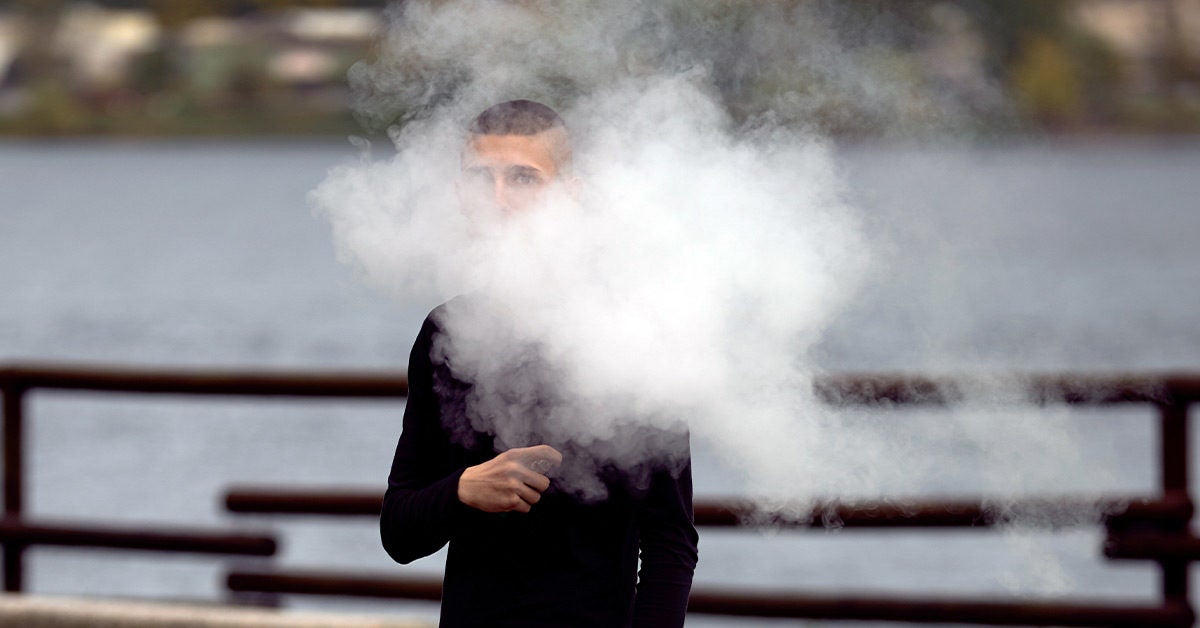 Flavored e-cigarettes — and ads promoting them — have come under increasing fire from regulators.

The issue is that the flavors and ads seemed targeted at children, and the concern is that people who smoke at a younger age are more likely to smoke into adulthood.

Jessica Barrington-Trimis, however, wants to see if there are other factors in hooking young smokers.

In particular, she wants to study the actual e-cigarette devices.

“One of the things we’ve been particularly interested in is whether there are certain characteristics of e-cigarettes that increase the likelihood of more dangerous smoking behavior,” Barrington-Trimis, a postdoctoral researcher at the University of Southern California’s Tobacco Center of Regulatory Science, told Healthline.

Plus, she noted, those characteristics — the type of vaping device, whether they use a nicotine “e-liquid,” and how that e-liquid is used in the device — “are things that are amenable to regulation.”

So Barrington-Trimis and her colleagues looked at data from a survey of teenagers in Southern California.

Their findings, published today, found that 18-year-olds who used modified e-cigarette devices smoked about six times as many cigarettes the next year than those who never used e-cigarettes.

Those who used other vaping devices smoked more cigarettes than non-users but not as many as those who used modified devices.

The data is from 2015 to 2017, largely before new products such as Juul became widespread among e-cigarette users. It also isn’t yet clear what exactly may have caused the increased likelihood among those using modified devices.

But if further research finds this trend continuing and can explain the reasons for it, it could open the door to further regulations aimed at limiting the likelihood kids become adult smokers.

As for the why, there are a couple possible links between using a modified e-cigarette device and smoking more cigarettes.

One is the amount of nicotine those “mods” deliver, Barrington-Trimis said.

Mods typically have bigger batteries than other e-cigarettes. Unlike “vape pens,” which are generally the same cylindrical shape as a cigarette, the modified devices often have a box of sorts attached.

As the Food and Drug Administration (FDA) , e-cigarettes “may be manufactured to look like conventional cigarettes, cigars, or pipes. Some resemble pens or USB flash drives. Larger devices, such as tank systems or mods, bear little or no resemblance to cigarettes.”

Powered by those bigger batteries, mods can do a better job of vaporizing and delivering nicotine, Barrington-Trimis said. That makes them “much more efficient nicotine delivery systems.”

That nicotine is addictive — especially as a child’s brain is still developing.

But what if people who use mods, which are more complicated devices, are already more likely to have a strong interest in smoking in general?

Barrington-Trimis and her colleagues tried to address this by accounting for how much someone was already smoking. They factored in how many cigarettes they’d smoked previously and the number of days they’d used e-cigarettes in the previous 30 days.

Even accounting for those factors, those who used modified e-cigarette devices were more likely to smoke more the next year, regardless of their past propensity for smoking.

But, Barrington-Trimis said, “we definitely need to continue to do more research,” including looking at the underlying mechanisms — what exactly is it about the device that may be leading to the increased likelihood?

You have to know the problem before you can craft a solution — or know whether a solution is even needed.

Knowing those underlying causes is critical to crafting regulations that could have an impact, Barrington-Trimis said.

She and her colleagues have new surveys to look into new questions.

Meanwhile, the e-cigarette market is getting more complex.

Products such as the USB-like Juul have become immensely popular, particularly among young people.

More than 5 million youth reported using e-cigarettes in the past 30 days, according to last year’s . That was up from about 3.6 million the year before.

Nearly 1 million of those vapers reported daily use of e-cigarettes last year. A majority of them reported Juul as their usual brand.

“While cigarette smoking is at an all-time low among high school students, increases in e-cigarette use have reversed progress made in the decline of overall youth tobacco use,” the FDA and Centers for Disease Control and Prevention said when they released the report in November.

The agencies said that e-cigarettes place kids at risk of nicotine addiction, impacts on brain development, and a higher likelihood of smoking cigarettes.

Many other studies, including another one that Barrington-Trimis worked on, have confirmed this “gateway” to cigarettes theory.

But unlike trying to banning flavors, addressing device type would be a more complicated regulatory problem.

“Having a strong regulatory policy is not as simple as saying no more modifiable devices,” Barrington-Trimis said. “It’s a lot more complicated than that because there are so many types of devices on the market.”