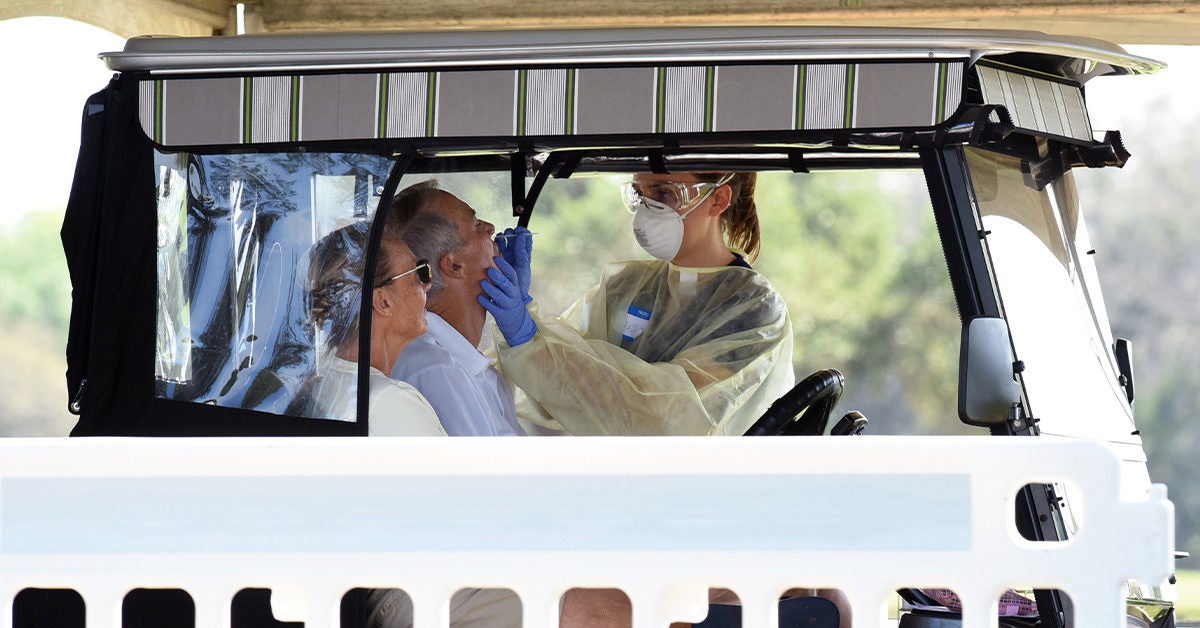 As more people are tested for COVID-19, experts are warning the results might not be 100 percent accurate.

Preliminary research from China that is yet to be peer reviewed suggests the most common form of COVID-19 test produces “false negatives” up to 30 percent of the time.

“The issue with the tests for the SARS-CoV-2 virus is that there has not been time to test them rigorously before deploying them in the field,” Dr. Gary L. LeRoy, FAAFP, president of the American Academy of Family Physicians, told Healthline.

“Most polymerase chain reaction (PCR) and antibody tests have years of laboratory testing before they are used. We just don’t have that kind of time,” LeRoy said. “The major concern for false negatives is someone who tests negative, thinking they are not infected, could unknowingly spread the virus into the community.”

In the United States, the most common form of test used for COVID-19 is a molecular test known as a reverse transcriptase polymerase chain reaction (RT-PCR) test.

For these tests, specimens are taken from the back of the nose and mouth.

“The notion is that this is a virus that likes to implant itself on the mucous membranes high up in the back of the throat behind the nose,” Dr. William Schaffner, an infectious disease specialist at Vanderbilt University Medical Center in Tennessee, told Healthline. “So you have to put a swab, not at the front of the nose, but rather far back. Then you have the small mucus on the end of that specimen, it gets sent to the laboratory, it’s extracted from the specimen, then using molecular technology you determine whether the virus is there.”

“You can have a false negative if you have very little virus up there or perhaps the specimen was taken inappropriately. It didn’t get up high enough to actually get to the place where the virus was located. That’s another possibility,” Schaffner added.

Dr. Lee Harold Hilborne is a professor of pathology and laboratory medicine at the University of California Los Angeles.

He says no test is faultless and the high rate of false negatives is likely due to collection rather than testing in a laboratory.

“Tests have different sensitivity and specificity. It’s important to recognize that none are perfect. The 30 percent rate is based on collection, not the analytic performance of the test,” Hilborne told Healthline.

“The majority of issues contributing to error in diagnostic testing are pre-analytic,” he added. “These occur during specimen order, collection, and transport, before the specimen ever reaches the lab. We know that collection methods do not always pick up the virus. Studies suggest current swab collection may have sensitivity in the range of 60 to 75 percent. That means the specimen submitted to the laboratory from a patient with the infection will not contain the virus roughly 25 to 40 percent of the time.”

Hilborne describes a hypothetical scenario in which a drive-thru collection center sees 100 patients who are unwell enough to warrant a test.

Specimens are collected using a technique that has a 65 percent chance of picking up the virus. Of the 100 people tested at the drive through, 20 percent test positive. That’s 20 patients.

But what about the remainder who tested negative?

“If the collection success rate is 65 percent, then there will be an additional roughly 10 to 11 patients who are infected but who have a negative test. That is, one-third of infected patients in this scenario who have the infection will test negative even though the test itself is analytically extremely good,” Hilborne explained.

The World Health Organization (WHO) that one person with COVID-19 will pass the virus on to at least two people.

Given this, experts say that if a person with symptoms receives a negative test result, they should still self-isolate.

“If a patient presents with symptoms of COVID-19 — cough, fever, shortness of breath — but they test negative, they should self-isolate out of an abundance of caution to stop the potential spread of the disease,” LeRoy said. “The tests used are not 100 percent accurate and a negative test does not always equate to not having the disease.”

The Centers for Disease Control and Prevention (CDC) notes that even if a person tests negative, that doesn’t guarantee they won’t become ill.

“If you test negative for COVID-19, you probably were not infected at the time your specimen was collected. However, that does not mean you will not get sick. It is possible that you were very early in your infection at the time of your specimen collection and that you could test positive later, or you could be exposed later and then develop illness. In other words, a negative test result does not rule out getting sick later,” the states.

Early indications suggest that people may be most infectious before they become ill and experts say it is important people do their part to contain the spread of the virus.

“The current physical distancing measures are in place to help slow the spread of the disease, especially from those who are currently not showing symptoms,” LeRoy said.

“Many who are later diagnosed with COVID-19 had actually been infected and spreading the virus for several days,” he said. “Staying home and wearing cloth masks in public, especially when physical distancing is more difficult, will help slow the spread from those who might currently be asymptomatic but who are actually infected.”