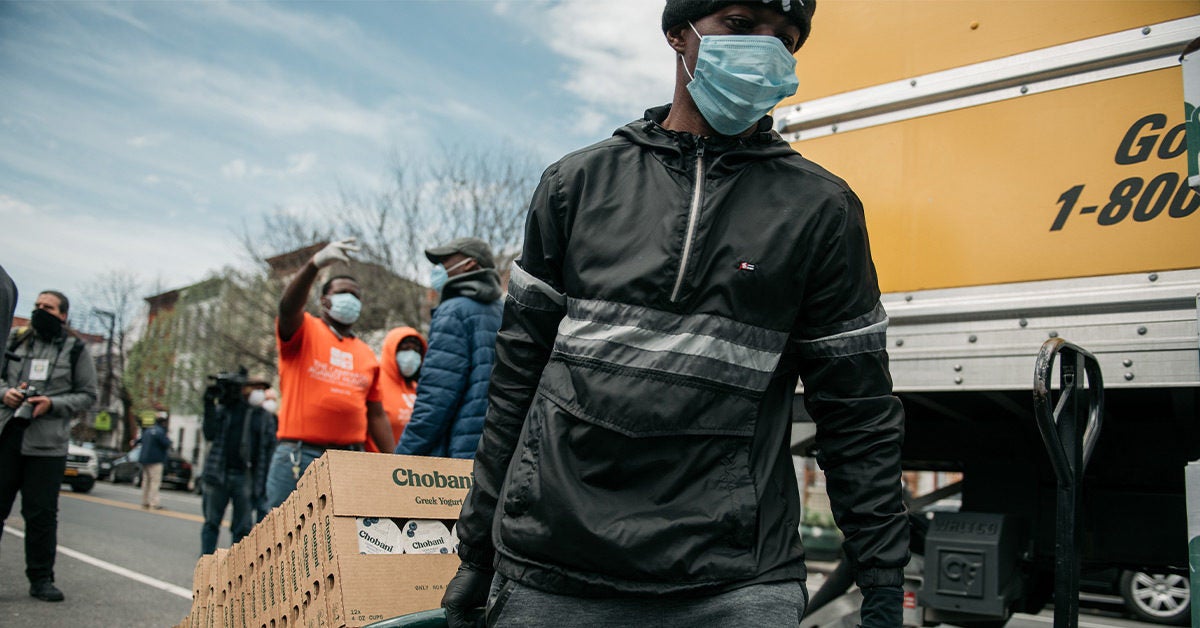 This week was expected to be the most difficult as far as deaths and hospitalizations related to COVID-19 in the United States.

President Trump warned, “There will be death,” and that this would be America’s “toughest week.” The U.S. surgeon general anticipated that this week would be “our Pearl Harbor moment.”

But deaths and infections have not been as bad as projected just a few weeks ago.

Despite this high number of deaths, there are early signs that the United States has avoided the worst-case scenario.

That scenario was highlighted in mid-March, when researchers at Imperial College London hypothesized a “doomsday” scenario in which, if left unchecked, COVID-19 could result in 2.2 million deaths in the coming months in the United States alone.

But there are signs that physical or social distancing has helped pull the United States back from the brink of this worst-case scenario.

By early April, the number of expected fatalities dropped from over 2 million to approximately 100,000 to 240,000 by early August.

This week, experts projected just over 68,000 COVID-19 deaths in that same period.

Dr. Anthony Fauci, director of the National Institute of Allergy and Infectious Diseases and leader of the White House Coronavirus Task Force, said last week that current projections show how physical distancing also may help the United States avoid the worst-case scenario, even though tens of thousands have still died.

“The number of deaths and the cases that we’re seeing right now are really validating what we said — that this is going to be a very bad week — on the one hand,” Fauci said during an interview with the “Today” show. “On the other hand, as you can see, there are some glimmers of hope.

Another sign that we may not hit the worst-case scenario is that the University of Washington’s Institute for Health Metrics and Evaluation, or IHME had predicted that this Sunday, April 12, was going to be the deadliest day in the United States, with more than 2,200 expected to die.

Currently, the highest number of fatalities was Tuesday with 2,070 deaths.

That is not a small number, and it’s possible some deaths have not been counted. But what this early data suggests is that the United States has beaten some earlier projections, with significantly fewer overall deaths than expected.

While projections have changed over time about the potential public health outcomes from COVID-19, one thing that experts agree on: It’s not going away anytime soon.

“While the numbers, thankfully, have been going down, COVID-19 is going to be with us for a while. It’s too early to really call accurately what we’re going to see in 1 year’s time or 2 years, but it’s going to be substantial,” Dr. Richard Martinello, medical director of infection prevention for Yale New Haven Hospital and Yale New Haven Health System, told Healthline.

So far, projections from the IHME and other prominent researchers, including Imperial College London, have focused on the coming months until about August. All those numbers you see about deaths and hospitalizations are only looking into the near future. Beyond that is still conjecture.

And there’s still plenty of work to do right now to ensure that the United States continues to beat projections.

Projections related to COVID-19 haven’t changed on their own. Public health experts believe that initiatives in the United States about hygiene and physical distancing have, in fact, been efficient at bringing those numbers down.

But with those numbers dropping, the question on everyone’s mind is: When will it be safe enough to resume life as normal?

President Trump famously declared, against the counsel of his public health advisers, that he wanted the United States “opened up and raring to go” by Easter, but subsequently endorsed extended stay-at-home orders across the country.

The worry, according to Martinello, about jumping the gun on loosening social distancing recommendations and reopening businesses is the threat of another wave of COVID-19.

“As soon as we decrease social distancing, we allow things to get more back towards normal… What’s going to happen is now you have more exposure, so a greater proportion of those susceptible people are going to get sick,” he said.

Even more questions linger about the fall, which is traditionally influenza season. When schools would hopefully be reopening to begin the school year, there’s a possibility of COVID-19 returning just as children are back in the classroom.

Dr. William Schaffner, an infectious disease expert at Vanderbilt University, told Healthline he is hoping to see a “graduated approach” to reopening businesses and loosening social restrictions in the coming months while continuing to limit large social gatherings, concerts, and sporting events.

As for when the United States should begin this graduated approach: “We don’t know the date, but currently our recommendation is ‘not yet,’” said Schaffner.

Even with current physical distancing and hygiene practices, he warns that the fall could prove difficult. The United States needs to “be prepared this fall and winter for flu and likely COVID coming back [together] as a double-barrel shotgun,” said Schaffner.