More People Drinking While Working from Home During COVID-19 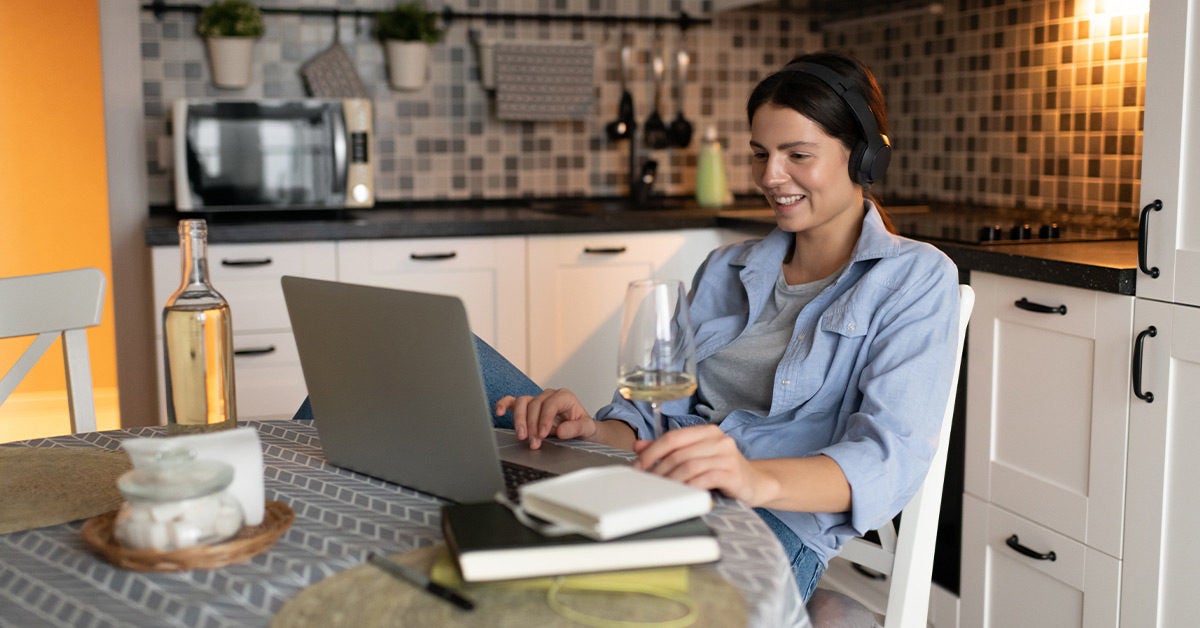 The stigma of drinking and driving could be replaced by drinking while working if the COVID-19 shutdown goes on much longer.

In such a world, supervisors and human resource representatives might replace the police when it comes to enforcement.

About 1 in 3 Americans are drinking alcohol while working from home during the current COVID-19 lockdown, according to a new study published on the website Alcohol.org.

In the study, officials at American Addiction Centers (AAC) asked 3,000 people in the United States if they were drinking while working at home during the COVID-19 pandemic.

About 32 percent said they were more likely to drink during work hours at home as opposed to when they worked elsewhere. About 36 percent of men and 26 percent of women surveyed said they’re drinking on the clock.

“Drinking is directly related to the anxiety and fear surrounding COVID-19,” Dr. Lawrence Weinstein, ABHM, FASAM, FAMA, chief medical officer of AAC, told Healthline. “Many in the workforce are in recovery, and this time of social distancing, self-imposed isolation, and uncertainty can trigger a relapse. The stress of work and a pandemic, in addition to many other everyday factors, can cause some to drink.”

“On the other hand, certainly there is a portion of the population who believes that they can get away with alcohol consumption during work hours because they’re completely out of sight of supervisors,” Weinstein said.

The study’s threshold of alcohol consumption was at least “two units.”

The study said residents of Hawaii are most likely to drink while working from home (67 percent), while residents of Arkansas are the least likely (8 percent).

Weinstein said the difference could be attributed to different laws in each state governing alcohol, plus, “It is possible that there are fewer jobs that can be done at home in Arkansas compared to Hawaii.”

The study also said 22 percent of those surveyed said they have stockpiled alcohol over other food and drink items. Another 35 percent said they’re drinking more in volume than before the pandemic.

Reports in late March indicated that alcohol sales had risen 55 percent since the COVID-19 lockdown began.

Experts have a warning for those who are drinking on the job.

They say that just because a person is seemingly safe from driving under the influence arrests in isolation, that doesn’t mean someone’s drinking won’t go unnoticed by employers.

“Because everyone is working from home, being able to drink and not have anyone see it could be a cause for increase,” said Dr. Lantie Jorandby, chief medical officer of Lakeview Health addiction recovery in Florida.

“It is important to note, however, that you can still be caught drinking at home on the clock,” Jorandby told Healthline. “Companies are switching to telework options like Zoom or GoTo Meeting, and someone who is drinking too much while at home can appear intoxicated, even through the video camera on their computer, sometimes even missing a meeting or seemingly disorganized on video calls.”

The length of the shutdown will affect people’s work and drinking habits, Jorandby said.

“I think the shutdown will continue, at least partially, for a while,” she said. “I think we will see more people telework and less people physically in the office. It will force employers to rethink how to supervise staff, maintain social work connections, and reduce isolation.”

“A reduction in all three of these things will increase drinking habits,” she noted.

They’re already headed in that direction.

The chief executive officer of Loosid, an online recovery community, said traffic is way up since the lockdown.

“People are scared because we are dealing with a moving target and the goalposts get moved every day,” Gottlieb said. “Nobody has experienced this before. There is tremendous boredom and an awful lot of cabin fever.”

Experts are concerned there will be a spike in people needing help moving forward.

“As long as the social distancing restrictions are in place, we will continue to see people drinking more at home,” Dr. Meghan Marcum, chief psychologist at a Better Life Recovery in San Juan Capistrano, California, told Healthline.

“The economic effects have already been devastating,” she added. “When people feel a sense of loss, they often look for sources of comfort, which alcohol can provide, at least in the short term. We’ll see some people strive to regain control of their drinking habits once it’s time to physically return to work, and we will see others struggle to secure a new job because they have to limit their drinking.”