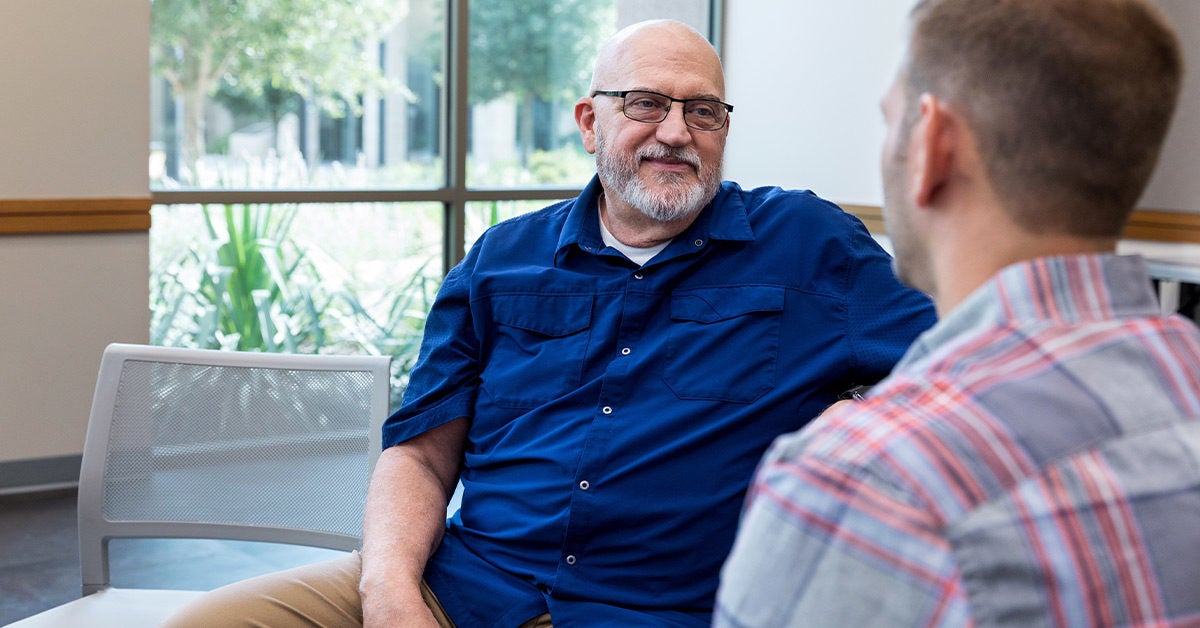 Having a heart attack is a traumatic event.

So much so that some people who survive cardiac arrest can develop post-traumatic stress disorder (PTSD).

And that can put them at risk of having another heart attack.

Researchers from Emory University in Georgia and the University of Alberta in Canada studied 303 young and middle-aged individuals who had survived a recent heart attack.

The study found that about 15 percent of those studied had developed PTSD.

“A heart attack itself is a trauma and can trigger PTSD,” Dr. Viola Vaccarino, a cardiovascular researcher in the department of epidemiology at Emory University’s Rollins School of Public Health in Georgia, told Healthline. “Some of these people may have had PTSD before their heart attack since PTSD can increase the risk of heart attack.”

The study found that people who had PTSD were more likely to have a type of reduced blood flow called ischemia with mental stress than those who didn’t have PTSD.

Individuals with PTSD who re-experienced the trauma of their heart attack, such as through dreams, flashbacks, and intrusive, distressing thoughts, were most likely to have ischemia with mental stress.

Those who avoided trauma reminders and sought to numb their emotions also were at elevated risk of stress-induced ischemia.

The researchers zeroed in on this particular blood vessel disorder because it’s known to be associated with the type of stress caused by PTSD.

It’s also a well-known risk factor for having a second heart attack.

Ischemia with mental stress is a form of coronary artery disease, which is the most common cause of death globally.

“People who were more likely to have symptoms like nightmares could be more vulnerable to other cardiovascular events,” Vaccarino said. “These are people who in everyday life go through repeated bouts of stress.”

Researchers estimate that 20 to 40 percent of people who have had a heart attack have some form of depression afterward.

“You leave the ICU alive and that’s quite an accomplishment, but now you face a whole new set of consequences,” said James Jackson, PhD, a professor and psychologist at Vanderbilt University Medical Center in Tennessee and an expert on medical PTSD.

The suddenness with which a heart attack often strikes puts people at particular risk of PTSD, said Jackson, who is also the assistant director of the medical center’s ICU Recovery Center.

“With some medical conditions, like cancer, there’s a little bit of a long fuse, so people have some time to make sense of what’s happening,” he told Healthline. “With heart attacks, for many people, things are just fine and then effectively you are hit by a truck.”

Hans R. Watson, DO, a psychiatrist with University Elite PLLC, told Healthline that having a heart attack can be deeply psychologically damaging.

“If you have a lot of pride in your body, as someone who is in good shape, a heart attack shows you that you are mortal,” he told Healthline. “It makes you ask, ‘What else can I not do?’ It takes the frontal lobe of the brain a while to adjust, to find something to replace what you’ve lost.”

Someone with PTSD, however, might be scared into giving up hiking altogether.

“Patients who develop PTSD after a heart attack often develop really powerful symptoms of avoidance,” Jackson said. “They tend not to want to be back in hospitals or have another surgery. This avoidance makes some sense, but it’s problematic because it makes it more likely that they won’t deal with things like chest pain but rather hunker down and hope it passes. And that increases the likelihood that they will wind up exactly where they didn’t want to go.”

Jackson has several patients who had heart attacks while driving and are now afraid to drive, or to drive alone, out of fear of having another heart attack behind the wheel.

Angina, or even everyday aches and pains, can also become triggers for stress among heart attack survivors with PTSD.

“After a heart attack, patients seem to ‘hear their body’ more than they did previously,” Dr. Nicole Weinberg, a cardiologist at Providence Saint John’s Health Center in California, told Healthline. “This ‘body awareness’ makes it more difficult to ignore symptoms, and there are great concerns after a heart attack that this could happen again, and/or it could be worse the next time.”

The physical impact of a heart attack on the brain also may play a role in raising PTSD risk, Watson said.

“In a heart attack, the brain is starved for oxygen,” he said. “The brain is a bundle of nerves that work together, so anything that disrupts them can predispose you to dysfunction.”

That may include disrupted communication between the amygdala, the primitive part of the brain that triggers threat responses, and the frontal lobe, where higher thinking takes place to rationally assess threats.

“With PTSD, the frontal lobe is not activating to quiet the amygdala,” Watson said.

Vaccarino said the study findings point to the need for clinicians to recognize the risk of PTSD among heart attack survivors and to advise patients about stress-reduction interventions.

That can start with something as simple as taking regular walks, “which are important for their psychological and physical health,” she said.

“The antidote is to give patients some sense of agency and control over the recurrence of the disease,” Jackson said.

Mindfulness meditation and exercise can control stress, while counseling can teach people how to cope with the uncertainty around their illness, he said.

“People would like to know that this will never happen again,” Jackson said. “We can’t guarantee that, but we can train people to accept that things can be uncertain but still soldier on.”