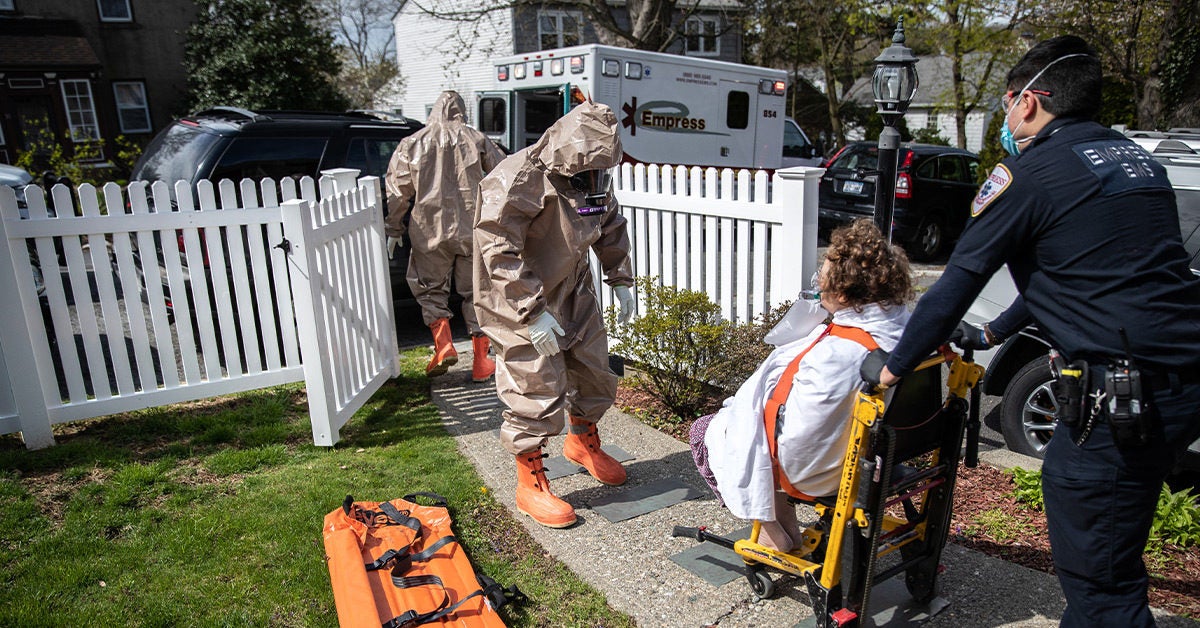 While the majority of people with COVID-19 will either have mild or no symptoms, doctors say even those with mild symptoms should be on the lookout for worsening symptoms that could become serious.

“This disease can cause mild symptoms in someone, and then they recover in a couple of days or a week and do well after that. In contrast, they can be ill at some point prior to or after formal diagnosis, recover a lot or slightly, then get seriously ill 7 to 10 days later in what we think is likely related to immune dysregulation, or the cytokine storm we have all heard about,” Dr. Dana Hawkinson, the medical director of infection prevention and control at The University of Kansas Health System, told Healthline.

Cytokine storms refer to the overreaction of the body’s immune system. They’re a common complication in respiratory diseases, such as COVID-19 and severe acute respiratory syndrome (SARS).

When the virus that causes COVID-19 enters the lungs, it causes the immune system to respond and bring immune cells to the lungs to attack the virus. This causes inflammation.

In some people, the immune system overreacts, resulting in the activation of more immune cells, causing hyper-inflammation. This can be fatal.

“Usually when people get it, it starts off as a cold or asymptomatic. Then, it can progress and cause pneumonia, [which is] the main thing that causes people to be sick. That usually occurs around day 6 or 7 of the illness,” Dr. Dean A. Blumberg, chief of pediatric infectious diseases at the University of California Davis Children’s Hospital, told Healthline.

“Some of this is due to the direct effect [of the virus] on the lungs themselves, but much of it is also due to the host — the patient’s immune response to the virus, which can cause respiratory distress syndrome,” he said.

According to the Centers for Disease Control and Prevention (CDC), can appear 2 to 14 days after exposure to the virus.

These symptoms can include:

Right now, experts say there’s no way of predicting if a person’s symptoms will progress from mild to severe, although there are risk factors that could make this more likely.

“This virus and the infection it causes seems to be very unpredictable. We know about common symptoms — fever, cough, shortness of breath — but we are seeing more and more other atypical presentations. In addition, we are seeing the escalation of symptoms from mild to severe disease,” Hawkinson said.

“There are common risk factors such as age, diabetes, hypertension, lung disease, and immunosuppression, but unfortunately, this disease process and severe illness can affect anyone, and we have seen that happen,” he added.

While there isn’t a treatment that can stop symptoms from progressing from mild to severe, Dr. William Schaffner, an infectious disease expert at Vanderbilt University in Tennessee, says there are things people with mild symptoms can do at home to feel better.

“I would think good hydration is the single most important thing to help you feel somewhat better. If you have a fever, taking a medication to reduce your fever will make you feel better,” he told Healthline.

“Whenever anyone has influenza or any respiratory infection, we ask them to stay away from alcoholic beverages. Be careful with beverages with caffeine such as coffee or tea because they tend to be dehydrating,” Schaffner added. “What you want to do is drink a lot of water. If you’re sick, I would suggest if you’re not already 6 feet away from everybody, please do that right away and be meticulous not to give the virus an opportunity to spread.”

Blumberg argues that part of the reason the virus has spread so rapidly around the world is that those with mild symptoms haven’t isolated appropriately.

He says this is made more difficult because COVID-19 is different from other infectious diseases such as SARS or Middle East respiratory syndrome (MERS).

“One of the reasons that those have not gone out of control like COVID-19 is those patients are very sick, so they’re less likely to be out and about in public. They’re more likely to be in the hospital and isolated. They’re also more likely to die,” Blumberg said.

“With COVID-19, if people are feeling well — even if they’re infected and not feeling severely ill — they go out and about and interact with others. That’s exactly why we’ve had such an explosive outbreak of this worldwide,” he noted.

Blumberg advises that caution is needed particularly in the early days of symptom onset when the virus is at its most infectious.

“It appears to be at the highest concentration in the respiratory tract around day 5 after symptom onset and then it gradually decreases after that,” he explained. “People during that time, of course, are symptomatic with coughing and sneezing, so they’re able to disperse the virus better.”

For people quarantining at home, that medical attention should be sought immediately if a person experiences symptoms, such as trouble breathing, confusion, persistent pain or pressure in the chest, and bluish lips or face.

Doctors say it’s important to check in regularly with people with COVID-19 who are in isolation. They could have a sudden escalation in symptoms without anyone knowing.

“We need to be connected with others. Anything could happen to them. They may develop weakness so fast they can’t even reach for the phone. We need to make sure people are connected and looking after each other,” Blumberg said.

“We want to make sure people who are sick, who aren’t getting better, who have a worsening illness, and who have shortness of breath or difficulty breathing seek medical attention immediately and get the care they need,” he said.