These Foods Can Increase Your Alzheimer’s Risk 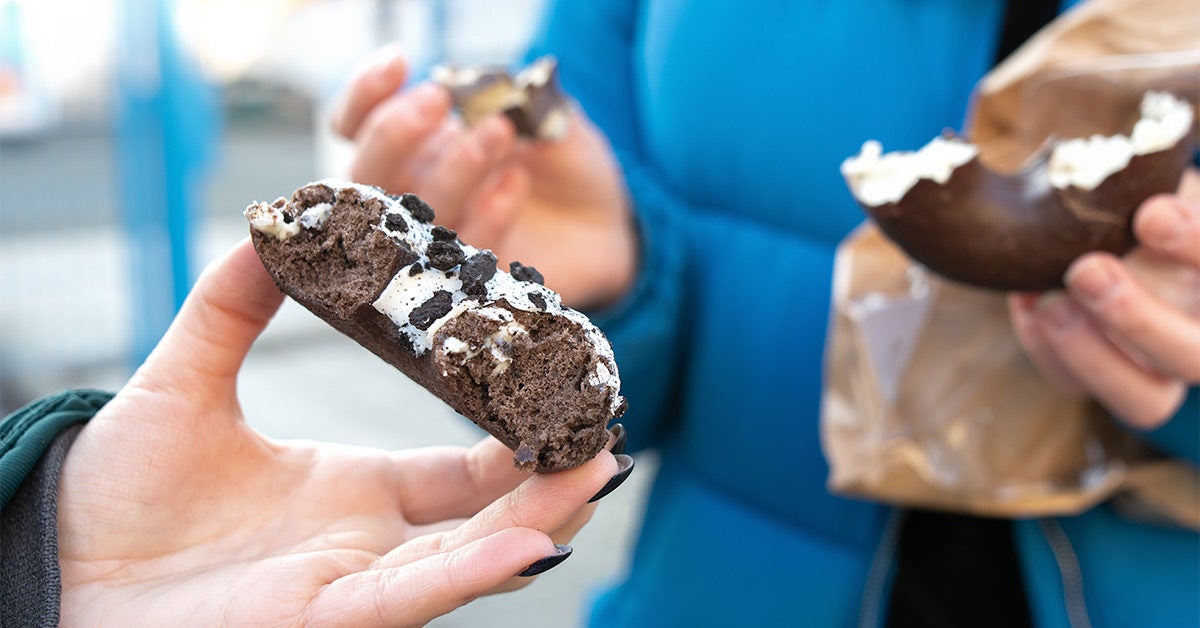 Researchers find it’s not just what you eat, but also how foods are combined that may increase your risk of Alzheimer’s and other forms of dementia.

A new study suggests that mixing sugary snacks, starchy foods, and processed meat may significantly increase the risk of developing Alzheimer’s disease. The findings are published in Neurology, the medical journal of the American Academy of Neurology.

“People who developed dementia were more likely to combine highly processed meats with starchy foods like potatoes, alcohol, and snacks like cookies and cakes,” study author Cecilia Samieri, PhD, of the University of Bordeaux in France, told Healthline. “In spite of not being consumed in higher quantity, processed meat appeared very central in their diet, that is, connected with many foods.”

The study looked at over 200 people with an average age of 78 living with dementia and compared them with a group of 418 in the same age range without the condition.

All participants received a medical checkup every 2 to 3 years and completed food questionnaires recording what foods they ate and how frequently for the previous 5 years.

Researchers analyzed data from the food questionnaires to compare what foods were frequently eaten together by those with and without dementia.

Samieri points out they could only draw conclusions from a narrow age range.

“The main limitation is the use of a single dietary survey,” she said. “We know that diet over time, starting in midlife and probably even before, likely influences the risk of brain diseases later in life. Here, we had an evaluation of diet after age 65 only.”

Also, it wasn’t the amount of “unhealthy” food that seemed to increase the risk of dementia, but instead, not eating other healthier foods, suggest the findings.

Samieri pointed out that in this kind of study, the assumption was that “the diet people adopt at this age is a good representation of the diet followed over the years preceding the interview.”

Another limitation was that diets were recorded only once, years before the onset of dementia, so changes in diet over time were unknown.

Samieri added that those who didn’t develop dementia were more likely to have a lot of diversity in their diet, including healthier foods, such as fruit and vegetables, seafood, poultry, or meats.

However, this study doesn’t reveal why certain foods might raise dementia risk.

“It’s a very positive trend for research to look at multiple factors and interrelationships amongst behaviors, such as eating, that occur in real life,” said Dr. Nancy K. Lonsdorf, an integrative medicine doctor located in San Diego, California, and author of “The Healthy Brain Solution for Women Over 40.”

“Researching only the ‘active ingredient’ is artificial and leads to very narrow, and often misleading, information of limited practical value. We need more of this type of research in dementia prevention, as well as all areas of health,” she added.

According to Samieri, the takeaway from this study is that promoting a diverse and healthy diet, rather than diets “centered on processed meats and unhealthy foods” could lower the risk of developing dementia. She believes these results are significant enough to deserve confirmation in a randomized controlled trial.

“How foods are consumed, not only the quantity consumed, may be important for dementia prevention,” concluded Samieri. “Worse eating habits and snacking were evident years before dementia diagnosis in our cohort. In contrast, diverse and healthy diets appear to decrease the risk to develop dementia.”

Dr. Marc Agronin, Alzheimer’s researcher and author of “The Dementia Caregiver,” explained that a basic rule of thumb is that “what’s good for your heart is good for your brain.”

“What we eat over our lifetime has a dramatic impact on our health and risk for many diseases, including dementia,” said Agronin.

He said a diet weighted toward healthy foods can help. These foods include:

Eating healthy is essential for controlling weight, glucose, and cholesterol levels — which are key risk factors for both cardiovascular and cerebrovascular health.

According to Lonsdorf, “Research on overall diet is still in early stages, however, the following are associated with lower risk: Mediterranean diet, DASH diet (anti-hypertension diet), the MIND diet (a combination of these two diets), and the Anti-inflammatory diet.”

The Mediterranean-DASH Intervention for Neurodegenerative Delay or MIND diet is a combination of Mediterranean and anti-hypertensive diets.

“The only diet shown to be reliably associated with some degree of risk reduction for Alzheimer’s disease is the MIND Diet, combining Mediterranean and anti-hypertensive diets,” said Agronin, who is also Senior Vice President for Behavioral Health and Chief Medical Officer for the MIND Institute at Miami Jewish Health. “This combined diet has been associated with less cognitive decline and a lower risk of AD when moderately or strictly followed.”

Although Agronin cautioned that even research such as that for the MIND diet only shows an association with benefits for the brain and not actual causation.

New research finds that it’s not only what you eat, but also how you combine certain foods that can increase your risk of developing Alzheimer’s and other forms of dementia in later life.

The foods most strongly associated with this risk were sugary snacks, alcohol, processed meats, and starches like potatoes.

Experts say that the only diet reliably associated with a degree of Alzheimer’s or dementia risk reduction is the Mediterranean-DASH Intervention for Neurodegenerative Delay (MIND) diet, which is a combination of the Mediterranean and anti-hypertensive diets.