New Zealand Has 20 COVID-19 Deaths. Vietnam Zero. How They Succeeded 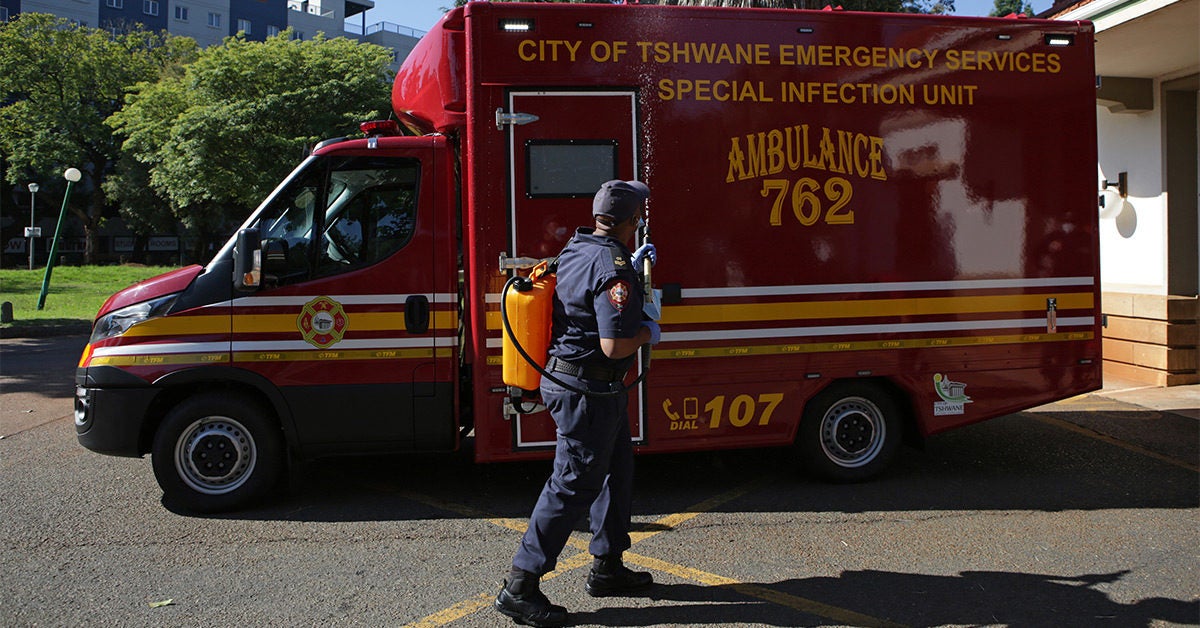 The United States has more than 1.2 million confirmed cases of COVID-19. That’s almost one-third of the worldwide total.

The country has also surpassed 70,000 COVID-19 deaths. That represents more than a quarter of total deaths worldwide.

However, experts say lessons from other countries around the world suggest the numbers don’t necessarily have to be this high.

For example, Vietnam, a country of 92 million people that shares a border with China, where the outbreak began, had only 271 confirmed cases of COVID-19 and zero reported deaths as of May 5.

Here’s what experts say we can learn from these countries, which have successfully flattened their curves or eliminated them altogether in order to combat this pandemic.

One common thread among these countries is the speediness with which they reacted to the pandemic threat.

In New Zealand, the first COVID-19 case was reported on Feb. 28. By March 21, the country had instituted a four-tier alert system to coordinate resources and citizen response. The country was in the level 4 full lockdown by March 25.

In South Africa, where the first confirmed case was March 5, a state of emergency had been declared by March 15 and the country put on lockdown by March 23.

Meanwhile, in Vietnam, the first reported cases of COVID-19 were on Jan. 23, with the country locking down its borders and tightening visa restrictions by Feb. 1.

“All three countries have a coordinated, nationwide, centrally planned response as well as travel restrictions, both domestic and international,” said Dr. Stephen Berger, a double board certified expert in infectious diseases and microbiology and the founder of GIDEON, the Global Infectious Disease and Epidemiology Online Network.

That contrasts with the United States, which saw its first cases in and instituted some travel restrictions by Feb. 1.

The United States didn’t declare a national emergency until March 13, nor any full-scale nationwide lockdown, leaving it up to individual states to develop a patchwork of policies for containing COVID-19.

The success of Vietnam, South Africa, and New Zealand comes from the top down, says Dr. Dan B. Fagbuyi, an emergency response physician and former biodefense public health adviser with the Obama administration.

“Exceptional leadership and universal buy-in by their citizens in addition to transparent and candid discussions on the threat — i.e., crisis communication [made the difference],” Fagbuyi told Healthline.

“They deftly and decisively responded to the threat by aggressively locking down their borders and performing extensive contact tracing. In essence, they instituted basic and important but aggressive public health measures,” he said.

There were some differences between the three countries in how they approached COVID-19 mitigation.

South Africa, for example, was able to use its experience combating HIV and tuberculosis (TB) — which included doing a large quantity of contact tracing to limit the spread of TB — to help do contact training to contain the new coronavirus, according to a report on National Public Radio (NPR).

“New Zealand has reported relatively few cases in absolute numbers (1,476), but as a small country that comes out to 306 per million population, not far from the global average of 413 per million,” Berger said.

This was in part due to their geographic isolation paired with tough travel restrictions when the country only had a handful of cases.

The nation also went quickly into full lockdown — including closing restaurants for takeaway and delivery — as well as extensive contact tracing of individuals who had an infection to limit community spread.

Vietnam, meanwhile, took the most aggressive approach to containing COVID-19, in part owing to their experience with the SARS epidemic in 2003, according to the NPR report.

“Vietnam was the first country outside of China in which COVID-19 was reported, and the response was rapid, with an epidemic response plan in place ahead of time,” Glatter said.

“Vietnam was also proactive in their efforts. Beginning February 1, they began a series of initiatives to reduce the spread of COVID-19. They stopped all flights to and from China — one day after the first two cases were reported in Vietnam — and decided to keep all schools closed after the lunar New Year Break.

“A few days after their decision to suspend all flights, Vietnam then closed its border with China to all but essential trade and travel — another key move. And in March, they made it mandatory to wear masks in public.

“In a nutshell, the application of mass quarantines of tens of thousands of people, along with meticulous attention to contact tracing and testing, has contributed to their success in containing small clusters of COVID-19 outbreaks within the country,” Glatter said.

While those measures might sound extreme, they were evidently successful. The country’s early and aggressive action in containing COVID-19 may also help them avoid a recession, according to a report on CNBC.

While there’s no magic bullet for stopping a pandemic in its tracks, early measures alongside decisive action and unified coordination among the citizenry appears to be essential.

In the case of some of these tactics, experts say it’s too late for the United States to make use of them.

A speedy lockdown, for instance, is a ship that’s already sailed, “making mitigation strategies, including economic shutdowns and stay-at-home orders, necessary as the virus was already circulating (community spread) in the U.S.,” Glatter said.

Glatter notes that’s all the more reason to not end lockdowns and other mitigation strategies early.

“I think that there are two major points which can be learned. First, a nationwide, centrally planned and coordinated response, which can be deployed quickly, is crucial and should be thought out and prepared ahead of time. Infectious diseases don’t respect artificial borders and any response which is applied haphazardly or piecemeal is less efficient and less likely to succeed. Trying to play catch-up is always more difficult than heading things off early on.

“Second, there is no single ‘correct’ solution. The approach being used by Vietnam is very different from that in New Zealand, but both have been quite effective. Countries need to be aware of their existing resources and cultural definitions of acceptable government intervention and play to their own strengths when devising protocols,” Berger said.

Letting experts lead the response does appear to be a fruitful approach.

“What’s important to mention is that the [South African] government allowed the scientists to take charge and craft policy to spearhead the public health response,” Glatter said.