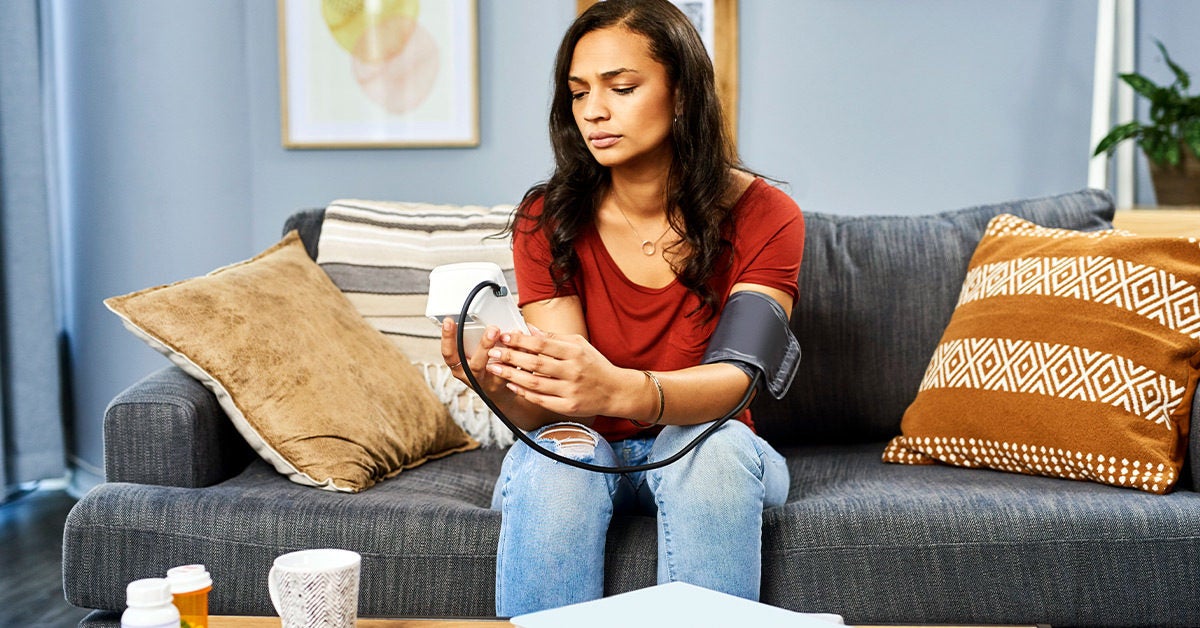 Everyone is looking for some good news.

That includes the millions of people who take blood-thinning drugs, a common prescription for older adults, who are believed to be more at risk for complications of COVID-19.

Some may be worried enough to stop taking their medication, but recent research out of New York City suggests common medications won’t worsen a person’s infection, while other research suggests it could actually help them.

A study published in The New England Journal of Medicine recommends that people worried that their medications could put them in a more dangerous situation should they contract the new coronavirus shouldn’t stop taking their medication without a doctor’s orders.

A team of researchers at the New York University (NYU) Grossman School of Medicine launched their study in mid-March after a few studies conducted on animals suggested some medications could worsen COVID-19.

The American College of Cardiology, American Heart Association, and Heart Failure Society of America issued a joint statement questioning whether use of angiotensin converting enzyme (ACE) inhibitors and angiotensin receptor blockers (ARBs) — two types of common medications for people with high blood pressure — could worsen a person’s outcome should they get an infection with SARS-CoV-2.

While these groups didn’t suggest people should stop taking their medications, it did create a whirlwind of headlines and speculation in a time when people are doing the utmost to keep themselves safe from a potential lethal infection.

The goal of the NYU study was to answer a simple question: Do high blood pressure medications worsen COVID-19 patient outcomes?

Earlier this month, the researchers released their findings after studying 12,594 people who were tested for COVID-19. Nearly 47 percent tested positive. Of those participants, 17 percent came down with a severe form of the illness.

More than a third of those participants studied had a history of high blood pressure. About a quarter of that group who tested positive had a severe form of COVID-19.

The researchers didn’t find any connections between one class of medications and an increased likelihood of a person testing positive for COVID-19.

There also wasn’t an increased risk of having a more severe form of the illness.

“We found no substantial increase in the likelihood of a positive test for COVID-19 or in the risk of severe COVID-19 among patients who tested positive in association with five common classes of antihypertensive medications,” the researchers concluded.

In other words, the researchers couldn’t find a connection that would give rise to concern for people taking common blood pressure medications, and whether it would affect their outcomes during the current global pandemic.

“Our findings should reassure the medical community and patients about the continued use of these commonly prescribed medications, which prevent potentially severe heart events in their own right,” Dr. Harmony R. Reynolds, a lead investigator of the study and an associate director of the Cardiovascular Clinical Research Center at NYU Langone Health, said in a statement.

But, as their disclosure forms state, some researchers involved in the study disclosed potential conflicts of interest, including receiving grants and other compensation from the manufacturers of many common blood pressure medications.

The researchers did note that funding wasn’t related to the current study.

Dr. Richard Wright, a cardiologist at Providence Saint John’s Health Center in Santa Monica, California, who wasn’t involved in the NYU research, says the study is an important analysis that, despite being observational, should settle the theoretical concern that certain blood pressure medications — namely ACE inhibitor and ARB classes of blood pressure drugs — might influence COVID-19 infection.

“The results clearly show that these medications have no discernible effect on contracting the virus or having a worse outcome after viral infection,” Wright told Healthline. “However, the study also indicates that these blood pressure medications are unlikely to benefit patients with severe lung effects of the virus, as had also been speculated.”

Wright says with the new information the study provides and the “documented long-term benefits” of preventing future cardiovascular events, “it is important that patients continue these blood pressure therapies during the COVID pandemic.”

Jagdish Khubchandani, PhD, a professor and associate chair of the health science department at Ball State University in Indiana, says that given how COVID-19 continues to defy science and medicine, and in the chaos of a global pandemic, it’s important not to blow any study’s findings out of proportion.

That includes those who may have previously thought to stop prescribing blood pressure medications in fear of making things worse for patients concerned about the new coronavirus.

Khubchandani says large studies, so far, have confirmed that ACE inhibitors are OK to use.

“Before we start questioning essential medications used by millions [of people] over several years, we must do more research and ensure that rumors about [antihypertensive drugs] don’t end up killing people of heart disease,” he told Healthline.

Similarly, another study in New York City looked at whether anticoagulants, or blood thinners, helped people hospitalized with COVID-19.

That study, conducted by researchers from the Mount Sinai COVID Informatics Center and published today in the Journal of the American College of Cardiology, looked at the survival rates of 2,773 COVID-19 patients, some of whom were placed on blood thinners.

The researchers found that people given blood thinners survived for 3 weeks in the hospital before they died, compared with 2 weeks for those not given the medication.

The effects were most pronounced in people on ventilators. Nearly two-thirds of those not treated with blood thinners died, while 29 percent of those given the medication ultimately died.

This, the Mount Sinai researchers concluded, means there’s cause to believe hospitalized patients could survive longer if treated with blood thinners. But, they caution, more research is needed.

“We are hopeful that this report of the association of anticoagulation therapy with improved survival will be confirmed in future investigations,” Dr. David L. Reich, president and chief operating officer of The Mount Sinai Hospital, said in a statement.

“The astute scientists at Mount Sinai continue to analyze our data on COVID-19 patients in order to contribute to worldwide efforts to find effective treatments,” he said.