What If Flu and COVID-19 Overlap? Australia Trying to Avoid That 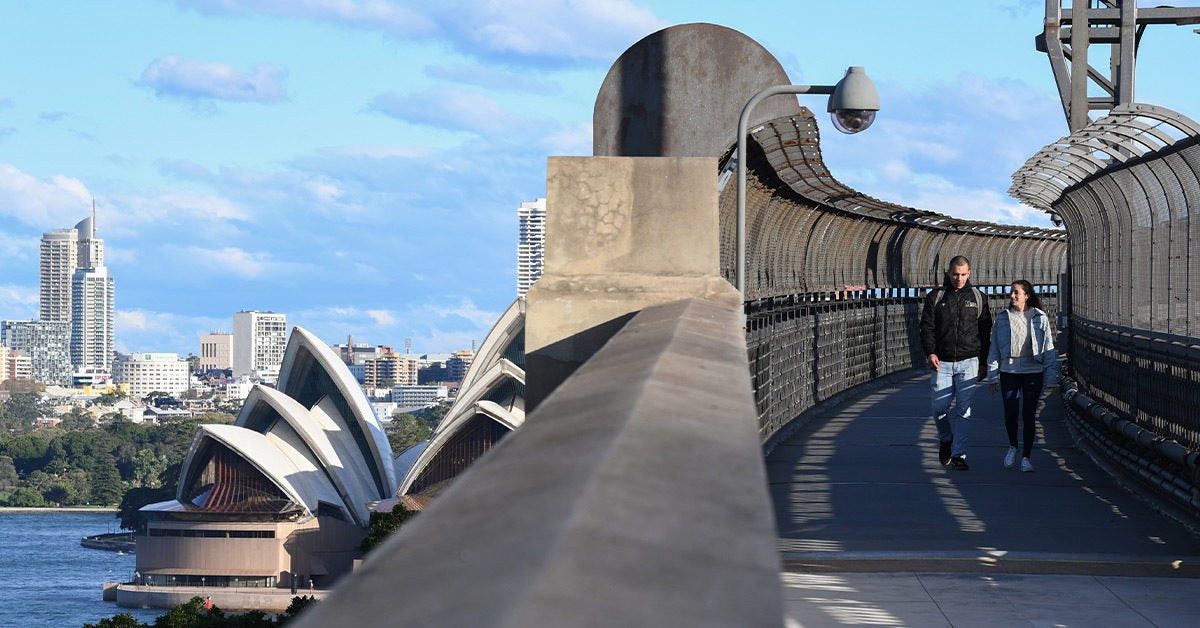 Health authorities in the Southern Hemisphere are currently gearing up for a flu season that may collide with COVID-19.

In Australia, the flu season typically runs from April to October, peaking in August.

Last year was the worst flu season for Australia on record and experts say if something similar occurs this year, there could also be a spike in COVID-19 cases.

“If we have a bad flu season… we could potentially have many more spikes because a coughing season not only increases flu-like illness and cold… that has the potential for amplifying any COVID cases in the vicinity of the coughing person. It is quite worrying as a potential amplifier as we go into winter,” said Mary-Louise McLaws, PhD, MPH, an epidemiologist and member of the World Health Organization (WHO) Health Emergencies Program Experts Advisory Panel for Infection Prevention and Control Preparedness, Readiness, and Response to COVID-19.

In late March, Australians were urged to get their flu vaccination as early as possible. By April 7, pharmacists were reporting they had given more influenza vaccinations in 3 weeks than in the entire 2019 flu season.

“Last year the government ordered something like 13.5 million doses. This year it’s up to 16.5 million doses, which is about two-thirds of the Australian population,” said Ian Barr, PhD, deputy director of the WHO Collaborating Centre for Reference and Research on Influenza, based in Melbourne.

“That will be a record if all of those doses end up in arms, which is always a bit harder to determine. But on those numbers that would be a record for Australia,” Barr told Healthline.

Australian experts say it remains to be seen whether influenza and COVID-19 will in fact overlap.

The number of COVID-19 cases in Australia is dropping and deaths remain less than 100.

Experts say physical distancing measures across the country have also contributed to lower rates of influenza in the community so far this season.

“Numbers were very low in April in Australia, about 10 percent of what we would normally see at this time of the year, that may reduce the season’s severity or it might delay the season,” Barr said.

The same effect has also been seen for other infectious diseases.

“Our flu numbers, which have to be mandatorily reported if someone tests positive in the lab, those numbers have fallen as have all reportable infectious disease because Australians have complied extremely well with the physical distancing requirements,” McLaws told Healthline.

But she argues the community is so focused on COVID-19 that the flu season may be forgotten by some.

“We’re in a position where it’s a bit conflicting. The community are hyper-aware now of the importance of vaccination and simple things like hand hygiene and cough etiquette, and they can see the benefit of all of this. But they are so focused on COVID that I’m not sure they’re ready yet for the flu season,” she said.

Right now, states in Australia are navigating how to reintroduce children to the classroom.

But experts say it’s difficult to know if more students on campus will contribute to spikes in influenza in the midst of the COVID-19 pandemic.

“The unknown in all of this is schools. Schools we know are big spreaders of influenza, so maybe more limited school openings might help in terms of delaying or avoiding an influenza season. As soon as schools are opened again, I think all bets are off,” Barr said.

Students in their final year of high school will be among the first to attend face-to-face learning as schools commence a staggered return to on-campus teaching this week, but not everyone is happy about it.

“Some parents are very anxious about that. They feel that it’s a social experiment,” McLaws said.

As Australia navigates the early months of its flu season, experts north of the equator are looking for an indication of what might occur in the United States later in the year.

“All of us in the Northern Hemisphere are even more interested than ever in what’s happening in the Southern Hemisphere,” Dr. William Schaffner, an infectious diseases expert at Vanderbilt University in Tennessee, told Healthline.

“COVID makes everything vastly more difficult. The anticipation is [that] there will be a dual season,” Schaffner said. “The difficulty will be that both illnesses resemble each other in their presentations. This may lead to much more testing for flu as well as more testing for COVID.”

Around the world, governments are grappling with the best time to lift COVID-related restrictions.

Experts say in countries as large as Australia and the United States, decisions may need to be made on a case-by-case basis.

“The pattern of the disease is different around the country. Therefore, the lifting of restrictions may best be done according to each local pattern of disease. As an epidemiologist, we would go for lifting restrictions in a low area and keeping them ‘ring fenced’ from everybody else,” McLaws said.

She argues that when restrictions are lifted, people will still need to take precautions to protect against COVID-19 and other communicable diseases that are also likely to increase in frequency.

“What we can take away from what we’ve had to put up with is we can change things from now on. We can demand of our fellow citizens better hand hygiene, better cough etiquette, to reduce things like food poisoning and reduce the common cold. We have to be constantly reminded by the authorities to keep respecting the virus, and keeping our distance from each other wherever possible,” she said.

Schaffner cautions that should restrictions lift, people need to prepare for a new way of living, to avoid another surge in COVID-19 cases.

“What I’m concerned about is people will want to go back to the old normal, rather than adapting to the new normal,” he said.

“We’re concerned this desire to get back to the old days and the old ways will reduce people’s adherence to social distancing recommendations and we’ll have a surge of COVID,” he added.