Why Sweden’s COVID-19 Strategy Can’t Work in the U.S. 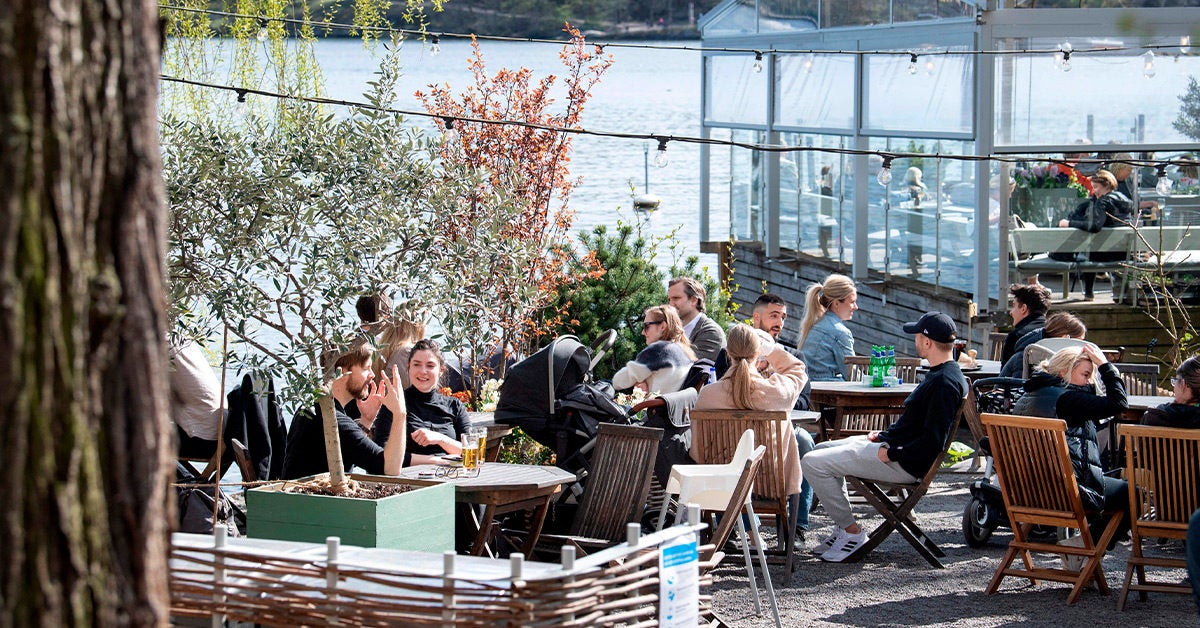 For Americans anxious for the end of government-mandated coronavirus lockdowns, or those opposed to these restrictions in the first place, Sweden has become a rallying cry.

In March, while much of Europe was closing businesses and schools, and asking citizens to stay home, Sweden largely remained open, including restaurants, shops, and gyms.

Swedes do practice physical distancing, but officials rely on people to voluntarily follow these guidelines. People over age 70, who are at higher risk from COVID-19, are also advised to limit physical contact and stay home.

Sweden’s more relaxed approach — coexisting with the new coronavirus rather than declaring war on it — hasn’t been entirely painless.

“In terms of the mortality rate per capita from COVID-19, Sweden is not doing as well as the other countries nearby in Scandinavia that are similar but have approached the pandemic in a different way,” said Dr. Saahir Khan, assistant clinical professor of infectious disease at UCI Health in Orange, California.

Over this past week, Sweden also had the highest per capita death rate for COVID-19 in Europe.

Sweden, Denmark, and other Scandinavian countries all have strong public healthcare systems and low levels of health inequality.

Even with Sweden’s lack of a lockdown, the country is still a long way from herd immunity. This is the point at which enough people are immune to a virus that it stops spreading out of control.

Scientists estimate that herd immunity for the new coronavirus occurs at 70 percent.

Recent antibody testing in Sweden found that 7.3 percent of the population had had an infection with the new coronavirus.

Spencer Fox, PhD, a data scientist at the University of Texas at Austin, says this means the country “needs 10 times more infections to actually reach herd immunity to halt the epidemic.”

If deaths in Sweden continue at the same rate, this could result in around 38,000 deaths by that time.

The pandemic has also exposed some of the country’s health inequalities. Immigrant communities in Sweden were among those hardest-hit by the virus.

Sweden even had to adjust its strategy for dealing with COVID-19 after a spike in deaths at long-term care homes. This shows the challenges of letting one segment of society move freely while trying to protect others.

“You may not be at high risk from COVID-19, but as a society we’re interconnected — the things we do affect other people,” Khan said. “So I would ask people to keep that in mind when they’re looking at Sweden’s experience with COVID-19.”

Sweden’s economy has also not come through unscathed. The country has experienced similar economic disruptions as in Denmark and Norway, both of which enacted more strict measures.

It can be tempting to think that Sweden’s approach might work elsewhere, including the United States, but it’s not as straightforward as eliminating all stay-at-home restrictions.

“Different countries have different challenges and preexisting healthcare systems,” Khan said. “So your response is largely determined by [those], as well as the conditions of your particular COVID-19 pandemic.”

One important factor is demographics.

Sweden is more sparsely populated than the United States — even more so if you look at New York City, which was especially hard-hit by the new coronavirus.

Over half of Swedes live in single-person households, which makes it easier to do physical distancing.

Compare this with the United States, where just 28 percent of adults live alone. And many Americans live in multigenerational households, where the new coronavirus can easily spread from young people to older adults.

The United States also has higher rates of chronic diseases that increase the risk of severe COVID-19.

And Sweden has very different healthcare than in the United States.

When people are calling for the United States to “be more like Sweden” in its COVID-19 response, they may be ignoring the major differences in healthcare access and cost.

For one thing, Swedes have government-funded universal healthcare.

Contrast this with the 29 percent of American adults who are underinsured and who are uninsured. Many of these people have untreated chronic health conditions that put them at greater risk from COVID-19.

The Swedish government even provides paid sick leave, which encourages people to stay home when they’re sick — a key step in slowing the spread of the new coronavirus. Parents are also paid to stay home to care for a sick child.

In the United States, there’s no national paid sick leave requirement. And only 12 states and Washington, D.C., require companies and businesses to offer paid sick leave.

Fox says the United States “should be learning from what other countries are doing in response to the pandemic and trying to evaluate what’s working and what’s not working.”

But the question remains of how much Americans will learn from Sweden, especially given differences in how these countries’ citizens feel about government officials.

The majority of Swedes have high confidence in their public health agencies and the scientists who run them — who make recommendations based on science, not political expediency.

As a result, many Swedes voluntarily follow the COVID-19 guidelines put forth by their government.

In the United States, politics sometimes overrides decisions made by public health experts. And some parts of the United States have struggled to maintain physical distancing, even when it’s required.

Sweden is also not the only country that the United States can learn from.

Countries like New Zealand and Iceland have tackled the epidemic by investing heavily in testing, contact tracing, and isolating people who have an infection. This may allow them to return to normalcy sooner.

Sweden, though, may follow a different path going forward, with the number of cumulative cases slowly creeping up over time.

“In places like Sweden, if they continue on the same trajectory, they’re going to have to continue taking precautions for a very long time,” Fox said, “which may be similar to the road the United States is on.”