How to Talk to Your Kids About Injustice, Racism, and Protests 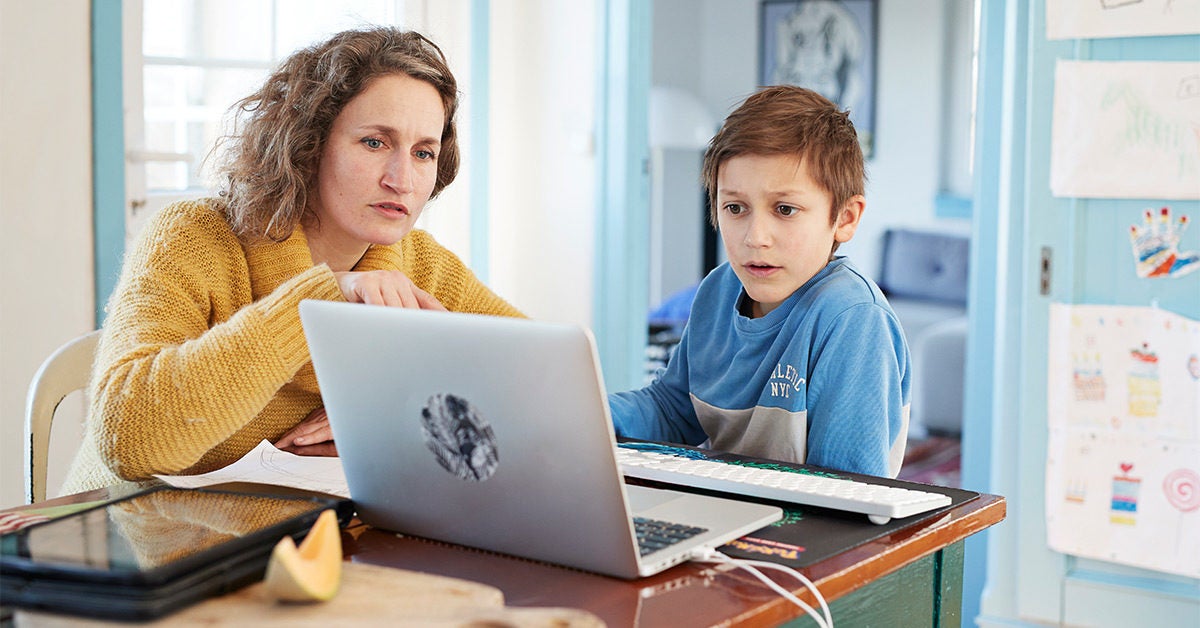 As protests advocating for an end to racial inequality and police brutality continue to grow in communities around the country, many children may have questions about the images they’re seeing on the news and the conversations they’re hearing.

For children, current events can be difficult to understand. However, experts say positive discussions about race and racism are important to have with children right now — especially in homes where it hasn’t been a topic of discussion before now.

“Unfortunately, our children of color — especially our black children — have been aware and probably to some extent have experienced the direct and indirect result of systemic racism,” said Ana Marcelo, PhD, an assistant professor in the department of psychology at Clark University in Massachusetts.

One of Marcelo’s academic focuses has been on ethnic-racial identity in early childhood and the experiences children have in regard to their race and ethnicity.

“Conversations about racism and discrimination have been part of the daily lives of black families even before George Floyd,” Marcelo explained.

But because of the social media coverage, she said most kids probably have at least some awareness of recent events and issues surrounding race — even those who don’t identify as black themselves.

While Marcelo said these conversations have been happening in black families for a long time now, she explained that white families need to be engaging in conversations about race, racism, and oppression regularly with their children, too.

“White parents and caregivers can play an instrumental role in making their children aware of privileges and inequalities that are related to one’s race,” she said.

To do this, she said parents can start by gaining a sense of what their children already understand.

Talk to them. Ask questions. What do they know about recent events? Why do they think is happening? What do these events mean to them?

“It is important for parents and caregivers to follow their children’s lead — explaining what they may not understand and answering questions they may have. This is a better approach than dismissing their questions or preventing them from knowing more about the recent events,” Marcelo said.

Monique Stanton holds a master’s degree in social justice and is the president and CEO of CARE of Southeastern Michigan, a group committed to providing a variety of social services to the local community, to include parenting support and education.

She said that children are fully aware of what’s happening right now, and that avoiding conversations about the deaths that have occurred unjustly will not protect them or help them feel safe and secure.

“Regularly talking to your children about what is happening in the world is essential. If you haven’t started already, this is the perfect starting point to begin dialogue about racism with your children. This is a process — it’s not a one and done conversation,” Stanton explained.

Katie Lear is a licensed clinical mental health counselor specializing in childhood anxiety and trauma. She said that even young children recognize differences in hair color and skin tone, though they may lack the vocabulary to discuss those differences and may not have been given opportunities to have conversations about race.

“You can help your child discuss race and racism in an age-appropriate way by first normalizing that race is really something that’s okay to talk about: It’s not a taboo, even though it may feel uncomfortable,” Lear said.

She explained that it’s important to help children understand that there are people in this world who judge others unfairly based on their skin color, and to be honest with them about why people are angry right now. To include the fact that this unfair treatment sometimes comes from powerful people and those who are supposed to protect us, like police officers.

“Children are very tuned into fairness and what’s right and wrong, so framing this as a discussion of fair vs. unfair can help them understand,” Lear said.

Explaining the protests is one thing, but in many areas impacted by riots and looting, parents may be hesitant to talk about what’s going on because they don’t want to frighten their children.

Experts say those are conversations that need to be happening, though.

“Again, it is important for us to recognize that our children of color, especially our black children, have been living in fear for their lives and the lives of other people in their ethnic-racial group,” Marcelo said.

For this reason, white parents shouldn’t have the luxury of looking away and shielding their children from it.

To have those conversations, she said it’s important to first get a feel for how your children are already perceiving these events. Are they scared? Can they articulate what they’re scared about? Do they understand what’s going on?

Once you have a feel for where your child is at, you can better approach these discussions with them.

“We must reassure children that it is OK to be scared or concerned about these events,” Marcelo said, adding that we should be honest with our answers.

“It is important for us to listen to our children about their fears and their thoughts about the situation and give them a safe space to ask questions and express these feelings,” she added.

But she explained that parents also have a responsibility to ensure their kids understand the influence of context in these events. In other words, it’s important to talk to them about why this is happening.

Even in areas affected by riots and looting, though, Stanton said the focus should be on the protests when talking to kids.

“The overwhelming majority of people that are coming to protest have been, and continue to be, peaceful. Protests have occurred in all 50 states, in large and small cities, and in some cities throughout the world,” Stanton said.

Focusing on that — and on the historical context of how protests have led to change in the past — can help kids to better understand and react with less fear.

“Protests can be an excellent learning experience for children and model that it’s important for kids of all races to take action: It’s not enough to not be racist, we need to be anti-racist,” Lear said.

Of course, deciding whether or not to bring your children to a protest is very personal.

While Stanton said it can be a powerful way for kids to engage in their community, she suggests parents may want to consider the age and size of the child, and the time and location of the protest.

If you do decide to bring your child to a protest, she said there are steps you can take to better ensure the safety of all involved.

“Make sure to talk to them first about what they will see,” Stanton said. “Similar to other large events, if your children are a little older, make sure you have a plan of what to do if they were to get separated from you.”

She suggests everyone attending should have emergency contact information on them — this can be written in permanent marker on a child’s arm.

“There is still a concern about COVID-19 so you and children over the age of 2 should wear a mask,” she added.

The experts that spoke with Healthline suggested several potential resources for helping parents address issues of race, oppression, and inequality with their children such as:

There are also some great resources for parents who need additional help talking to their kids:

“I cannot emphasize enough the importance of talking to children about ethnicity, race, racism, oppression, and inequality,” Marcelo said. “However, conversations about these topics should not only focus on the negative experiences involving race.”

She said she wants parents to teach children to acknowledge and appreciate ethnic-racial diversity.

“We must recognize that race is an important part of a person’s identity and development even at an early age, rather than professing (or trying) to operate as a colorblind society,” she said.

Above and beyond just talking about racial identities and discrimination, our experts all agreed that modeling anti-racism is an important step for parents to take.

Stanton said parents need to continue to educate themselves about how to combat racism, and that starts by looking at the media they consume — particularly for parents who aren’t people of color.

“Read, watch, and listen to media created by people of color. Look at your social media and make a conscious effort to follow people and organizations that are engaged in anti-racism work. Question your own beliefs, actions, and inactions,” Stanton said.

She added that children are watching and listening right now.

They’re paying attention to how you respond when a friend or family member makes racist jokes. They’re aware when you choose to slink away instead of confronting racism when you see it.

“It’s your responsibility to stop those jokes and comments. Your children see what you do. It’s not enough just to say you are an ally, you need to do the uncomfortable work of calling out racism when you see it,” she said.

The more uncomfortable it feels, the more necessary it likely is.

But perhaps if we do the hard work today, our children will be able to grow up into a different, better world tomorrow.