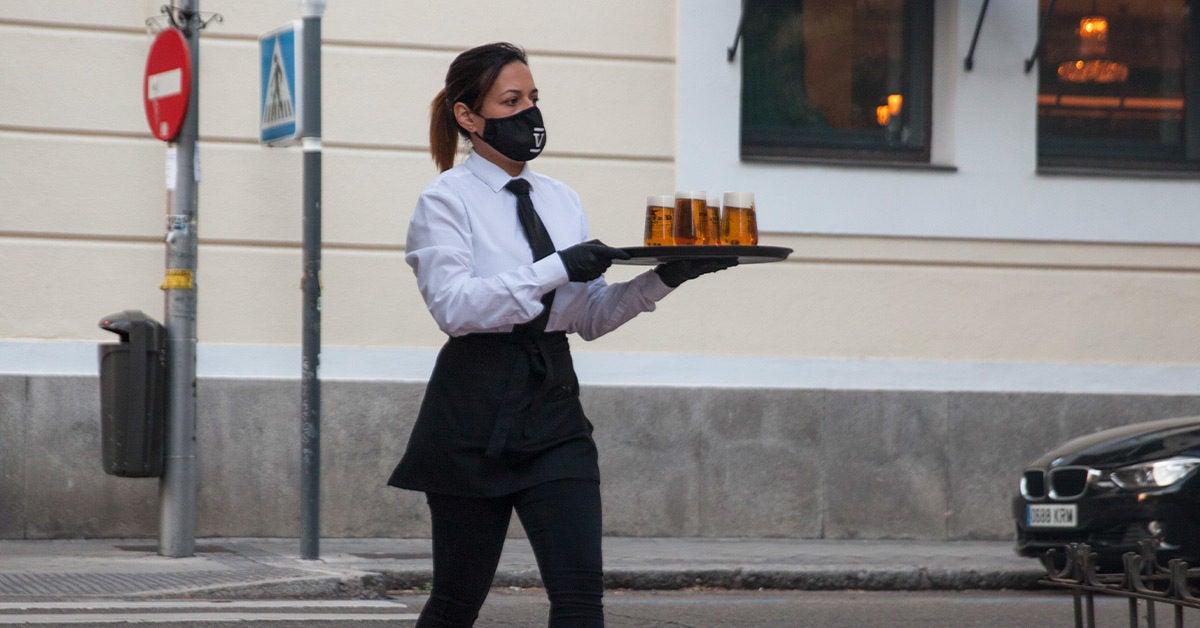 Europeans eager to launch their summer vacation plans, lift their lockdown restrictions, and lure back tourists got some sobering news this week.

The World Health Organization reported that the COVID-19 pandemic is getting worse.

The number of cases around the globe now tops 7 million and last Sunday’s tally of 136,000 new cases worldwide was the highest single-day tally on record.

And if you look to the United States, you’ll see a cautionary tale.

At least 20 states are reporting a spike in confirmed COVID-19 cases that may be tied to reopening too early.

These statistics highlight the question of when and how a country, state, or community should end a COVID-19 lockdown.

Scientists from the University of Oxford and the UK Centre for Ecology and Hydrology in Wallingford say they’ve found some answers.

They outlined their strategies in a study that was published today in the journal Frontiers in Public Health.

“We built a simple disease model to follow susceptible, exposed, infected and recovered individuals through two groups, those in quarantine and those not,” said Michael Bonsall, a professor in the Mathematical Ecology Research Group at the University of Oxford and the study’s lead author.

“We used a technique called optimal control to constrain the model to find the best strategy to leave lockdown” Bonsall told Healthline. “Our constraint was that on emerging from lockdown, we couldn’t overburden the health system by occupying all the ICU beds.”

Their findings? Slow and steady worked best to minimize deaths while protecting the economy.

“We find that ending quarantine for the entire population simultaneously is a high-risk strategy and that a gradual reintegration approach would be more reliable,” the authors wrote in the study.

Optimally, they say that would mean releasing approximately half the population 2 to 4 weeks from the end of an initial infection peak. Then wait another 3 to 4 months to allow for a potential second peak to pass before releasing everyone else.

The model did not define which group should be released first, but the authors suggested it should be younger people, “known to be less susceptible to COVID-19.”

They added that ongoing testing would also be important.

“The model can be used at all scales — city, state, countrywide,” Bonsall said.

Healthline asked experts to take a look at the preliminary details of the study before it was published.

“This is certainly in line with most scientists’ reopening principles,” said Dr. Georges C. Benjamin, executive director of the American Public Health Association.

“That is, to release a defined group of people from self-isolation. Stop, monitor the health impact, and then repeat,” he told Healthline.

“Younger and healthier people as a priority may or may not work, depending on who they expose at home or in their community should they get sick. But it is one strategy,” Benjamin explained.

“But the devil is in the details as to whether this will functionally work because of the political and economic demand to return to work versus the theory,” he added.

“I was impressed when I read this,” said Dr. William Schaffner, an infectious disease expert from Vanderbilt University Medical Center in Tennessee.

“It is a model, but models illuminate issues and help inform policy. People have really been relying on them,” he told Healthline. “This virus is going to be with us and going forward we have to figure out what we can do.”

We asked our experts if this model could work in the United States, where each state’s strategy is being decided by its governor.

“The U.S. is on a much faster overall timeline,” Benjamin said. “The idea of waiting 3 to 4 months before reopening from lockdown due to a new surge in cases probably would not work in the U.S. I doubt the public would have the economic capacity or public tolerance for this approach.”

“They might wait a week or two, but that is all,” he added. “The pauses would have to be brief to get compliance.”

Schaffner says compliance is a key.

“I have to admit I was skeptical when we initiated serious stay-at-home lockdown orders,” Schaffner said. “I didn’t think the American people would take to that, but they did.”

“But my skepticism continues,” he added. “Because I already see people who would love to just get out of their harness and run wild the way we used to. I don’t know how long we can maintain mask use, for example. Will we get mask fatigue?”

The study authors say their findings provide guidance and warnings for decision makers.

“The take-home message for decision makers is to act very cautiously. Monitor any lockdown release very closely,” Thomas Rawson, PhD, a doctoral student at the Doctoral Training Centre at Oxford and a study author, said in a news release.

“Our model shows that second waves can occur very quickly if transmission rates end up higher than expected, or if more people relax their lockdown measures than expected,” Rawson explained.