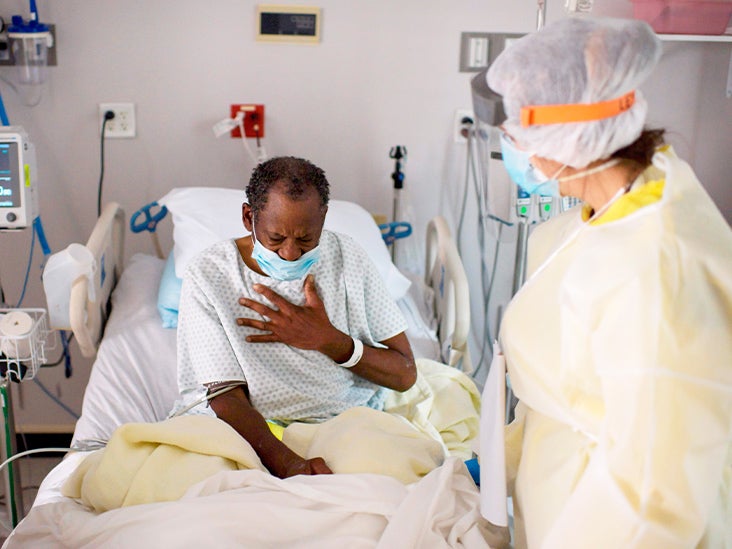 Researchers are still uncovering the different ways that COVID-19 can affect the body.

Now, a new study out of the United Kingdom has found that COVID-19’s neurological complications can include delirium, brain inflammation, stroke, and nerve damage.

A rare and sometimes fatal inflammatory neurological condition also appears to be increasing in prevalence due to the pandemic, according to a new study by British scientists.

In particular, researchers found a spike in adults with acute disseminated encephalomyelitis (ADEM), a rare condition typically seen in children and that can be triggered by viral infection, during the study period. The researchers typically see one adult patient with this condition each month.

During that study period, however, they saw an average of one adult per week with ADEM.

For this study, researchers retrospectively reviewed the clinical, radiological, laboratory and neuropathological findings of 43 people ranging in age from 16 to 85 who had either confirmed or suspected COVID-19. The patients were treated at the National Hospital for Neurology and Neurosurgery in London. In all, there were 24 males and 19 females. Twenty-nine of these patients were defined as definite COVID-19, eight were probable and six were possible. The severity of the COVID-19 symptoms varied from mild to critical.

The researchers identified 10 cases of transient encephalopathies, or temporary brain dysfunction with delirium. There were also 12 cases of brain inflammation, 8 cases of strokes, and 8 others with nerve damage.

Researchers say this new study confirms previously reported findings of a higher than expected number of stroke patients — conditions that were triggered by the “excessive stickiness” of the blood in COVID-19 patients.

Still they say that because the disease has only been around for a few months, the long-term damage of COVID-19 remains unclear.

Additionally, experts are not certain exactly why the virus increases the risk of these neurological challenges.

“Possibilities include direct effects of the virus, the body’s own immune or inflammatory response, the effects of hypoxia (low body oxygen levels), changes to blood vessels, changes in the coagulability (stickiness) of the blood, the effects of severe illness (including prolonged ICU stay in some patients), or a combination of these factors,” Dr. Rachel Brown, a clinical research fellow at University College London and a joint first author of the paper, said by email.

“We saw neurological effects of COVID-19 in adult patients of all ages, genders, and ethnicities, and in patients both with or without underlying health conditions and with both mild and severe COVID-19 infection. As a retrospective cohort study, we cannot at this stage say why these particular patients were affected but this should be a focus of future study.”

Brown added that while researchers cannot give a definite estimate of the numbers affected, neurological complications of COVID-19 are likely to be rare.

“We are probably reporting on the more severe end of the spectrum in this respect,” she said. “For patients who have been affected by neurological complications however, the effects can be life changing and should not be downplayed. As ever, we need to consider COVID-19 seriously, and continue to follow public health advice to limit the spread of the virus and the number of people affected.”

Dr. Serena Spudich, a professor of neurology at the Yale School of Medicine, called the study “a very valuable collection of descriptions by a group of world-class neurological experts, all putting their heads together to try to draw cohesive conclusions from a disparate group of patients. It represents the best, most thoughtful sort of clinical case series.”

Still, Dr. Guilherme Dabus, an interventional neuroradiologist at the Miami Cardiac and Vascular Institute and Baptist Neuroscience Institute, said the study demonstrates that we are yet to have a good understanding of why some patients may develop neurological syndromes and why there are so many different types of neurological manifestations among those who do.

He noted that this emphasizes the need for the medical community to be aware of possible neurological syndromes that may affect COVID-19 patients, so they are attentive to the signs and symptoms.

“Some of these neurological manifestations such as stroke are time sensitive, and a prompt suspicion and diagnosis may be the difference between life and death,” he said.

Added Dr. George Teitelbaum, an interventional neuroradiologist and director of the Stroke & Aneurysm Center at Providence Saint John’s Health Center in Santa Monica, California, the study shows that COVID-19 is turning out to be a very virulent virus that has a variety of presentations.

“It’s turning out to be a more complex virus than we thought it was,” he said.

He added that one of the lessons of this study is a reminder about the need to follow basic preventative guidelines such as the use of face masks, hand sanitizer, and social distancing.

“Those are things that are highly effective at reducing the spread,” he said. “This is not a political issue; it’s a public health issue. For some people, it is a life and death issue, particularly if they are older and have underlying conditions. This is not rocket science.”