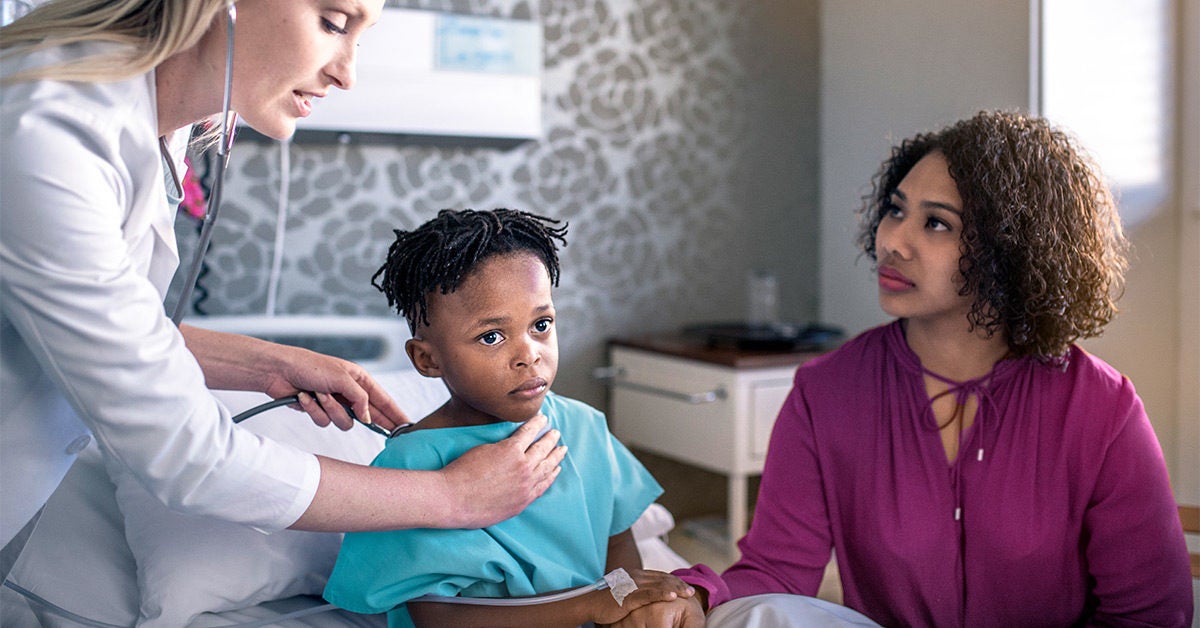 Black children in the United States are nearly 3 1/2 times as likely to die as white children within 30 days of surgery, according to a new study.

The study, which was published this week in the journal Pediatrics, examined the records of more than 170,000 relatively healthy children.

Dr. Olubukola Nafiu, a member of the department of anesthesiology and pain medicine at Nationwide Children’s Hospital and the study’s lead author, noted that it’s well known that a higher comorbidity burden often leads to a higher likelihood of complications during or after surgery.

“[So] we decided to flip the argument and look at a population that is relatively healthy, a population assigned healthy status prior to surgery,” said Nafiu, also an associate professor of pediatrics and anesthesiology at The Ohio State University College of Medicine.

Although mortality and adverse event rates were low, Nafiu and his fellow researchers were astonished by the data showing higher mortality rates among Black children.

“This paper does not address the why,” he said. “It found an association between race and those outcomes.”

“Our next assignment is to go into the database and see whether we can find some specific complications more commonly associated with mortality and some other factors. Through that, we may be able to come up with other suggestions,” he said.

He added that the database, which was provided by the American College of Surgeons, doesn’t include the names of the hospitals where care was received.

He said several theories may help explain the wide gap in outcomes, including institutional, provider, or patient factors.

Patient factors could include what happened before surgery such as socioeconomic factors, ease of access to healthcare, and the kinds of facilities the patients were referred to.

“You could have two patients presenting with the same disease but the journey to surgery is very different, such as how long it took for them to see the primary care doctor, how long it took to refer them to the surgeon, and how long it took to get them on the operating list. It is well documented that African Americans tend to receive care in low performing hospitals,” he added.

Other factors could include the home environment, said Dr. Jean LeClerc Raphael, an associate professor of pediatrics at Baylor College of Medicine in Houston.

“Maybe they can’t do postoperative care like they’re supposed to [or failed to adhere to the post-discharge instructions],” he said.

“It’s a complex issue. So we have to do the work of understanding the factors that got us here,” Rapheal said.

Dr. Wayne A.I. Frederick, a professor of surgery at Howard University, said the study raises several questions, including the role of unconscious bias.

“People of color are disproportionately affected by diseases of all kinds,” said Frederick, the Charles R. Drew Endowed Chair of Surgery at Howard University College of Medicine and the university’s president.

To better answer these questions, he said, it’s important to look at several factors, including the hospitals, the capabilities of the surgeon, and the cultural competency of the entire health system.

Dr. Katherine Remick, an assistant professor in the departments of pediatrics and surgery at the University of Texas at Austin’s Dell Medical School, said the study should lead to a “call to action.”

“This level of inequity should not exist in the United States,” Remick said. “More studies need to be done to understand why these disparities exist and to support efforts to create greater equity within our larger healthcare system.”

Nafiu said there are two big takeaway messages from this study.

One, surgery is still very safe and mortality rates are still very low.

“If your child is sick don’t stay home,” he said.

Two: “This is a retrospective study, which has a fair bit of limitations. There are so many questions. We can only speculate and not directly answer,” he said.

“The study is not saying that healthy African American children are being killed in hospitals,” Nafiu emphasized. “That would be the worst message that parents or the lay public can take from this. Our job is to find what is driving this. We want to find out what is going on, so we can provide the best care for children across every racial status.”

In the meantime, parents need to be aware, said Frederick. Parents and caregivers can safeguard children by being an advocate in the medical system.

“If you don’t feel confident, some hospitals have patient navigators that can assist,” he added. “I would encourage parents to fully understand and to ask the right questions. Make sure the patient-doctor relationship is established very early. There is a lot of opportunity to get information up front.”