Study Finds Getting You Flu Shot May Decrease Alzheimer’s Risk 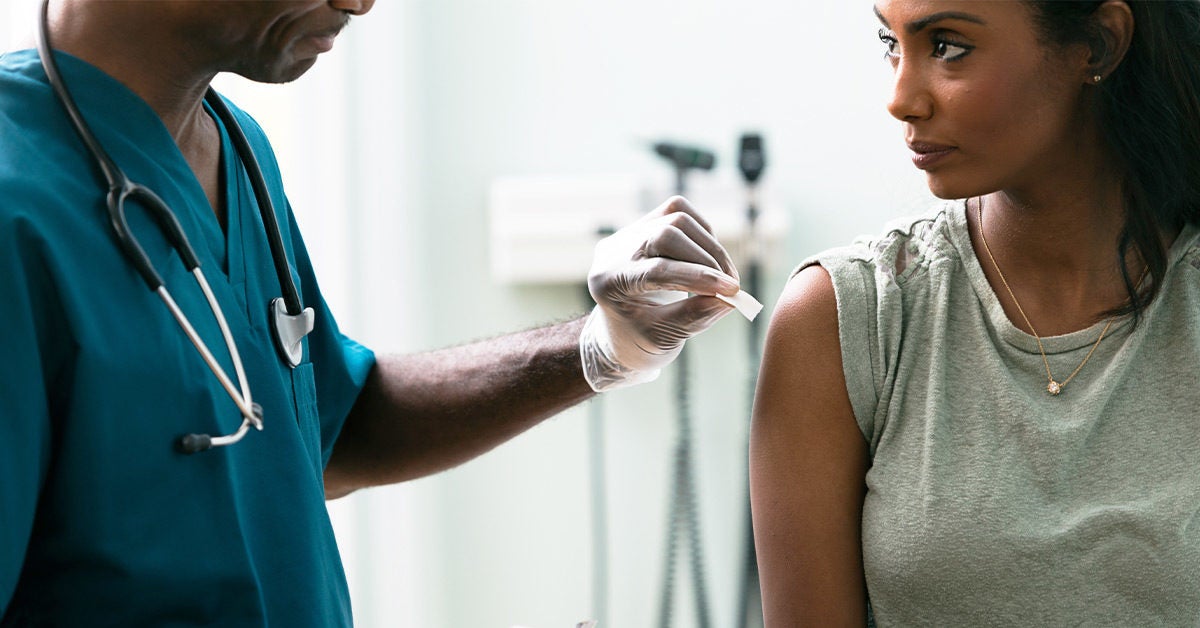 There’s another good reason to get your flu shot each year. Two new studies have found that the flu shot and pneumonia vaccine may protect people from Alzheimer’s disease.

The evidence, which was presented at the virtually-held Alzheimer’s Association International Conference in July, suggests that people who got at least one flu shot cut their risk of Alzheimer’s by about 17 percent, and those who regularly get vaccinated against the flu had an even lower risk of developing the disease.

The new findings disprove the long-standing myth that the flu shot could give some people Alzheimer’s.

People with dementia have a greater risk of dying from an infection, by about three-fold, compared to those without dementia. Their increased risk of mortality from an infection further highlights the importance of vaccinating this group.

“Adding to the evidence dispelling the myth that flu shots may cause Alzheimer’s disease, two studies presented at the Alzheimer’s Association International Conference again found a reduced risk of Alzheimer’s disease associated with influenza and pneumonia vaccinations,” said Dr. Scott Kaiser, a geriatrician and the director of Geriatric Cognitive Health for Pacific Neuroscience Institute at Providence Saint John’s Health Center.

The first study, which came out of the University of Texas, set out to understand if vaccinations provide some degree of protection against Alzheimer’s.

The researchers looked at the health records of over 9,000 people aged 60 and older and found that people who received one flu vaccination had a 17 percent lower risk of developing Alzheimer’s. Those who got two or more flu shots had an additional 13 percent lower risk.

The second study was conducted by researchers from Duke University and the University of North Carolina. They looked at the health records of over 5,000 people ages 65 and up and found that people who got a pneumonia vaccine before age 75 were about 25–30 percent less likely to develop Alzheimer’s.

According to the researchers, the findings suggest the pneumococcal vaccine may be a promising Alzheimer’s prevention tool.

A third study presented at the conference spoke to the value of vaccines in people with dementia.

Looking at the health data of over 1.4 million people, researchers from Denmark found that people with dementia who were hospitalized with an infection were 6.5 times more likely to die compared to people who didn’t have an infection or dementia.

That heightened risk of mortality among people with dementia existed in both the short term, within 30 days of contracting an infection, and the long term, or about 10 years after the first infection.

It’s still unclear as to why these vaccines are associated with a reduced risk of Alzheimer’s disease.

The long-term effects of influenza and pneumonia haven’t been thoroughly studied. However, some past research suggests the caused by these infections could impact brain health.

Dr. Guy Mintz, the director of cardiovascular health and lipidology at Northwell Health’s Sandra Atlas Bass Heart Hospital in Manhasset, New York, said that inflammation from recurrent infections leads to plaque instability, which could affect the blood vessels and blood supply to the brain and lead to impairment.

One study from 2018 found that mice infected with two different types of flu strains experienced changes in the structure and functioning of their brains.

“Getting sick with the flu or pneumonia, particularly with bad cases, can be taxing on the brain and increase your long-term risk of dementia. So protecting yourself from flu and pneumonia, through vaccination, may very well be protecting your brain too,” said Kaiser.

Kaiser said other research has linked a weakened immune system — which can occur after battling an illness like the flu or pneumonia — with a higher risk of Alzheimer’s disease.

This is likely because a weakened immune system may allow more viruses and bacteria to get into the central nervous system, according to Kaiser.

“Another possibility is that patients go for regular preventive visits and get the flu shot or interaction with their primary care physicians, which is a greater opportunity for cardiovascular risk assessment and modification of associated risk factors,” said Mintz.

Because people with dementia have an increased risk of dying from an infection like the flu or pneumonia, regular vaccines are encouraged in those who are older than 65 or have Alzheimer’s disease.

Serious infections and the inflammation they trigger can potentially worsen preexisting cognitive issues.

“Beyond the increased risk of serious complications and death, the experience of the flu or pneumonia can be particularly problematic for people with Alzheimer’s,” said Kaiser.

The infections may affect memory and cognitive function and lead to delirium, Kaiser added.

Scientists are just beginning to identify the link between vaccinations and cognitive health, and there are still a lot of questions that remain unanswered.

“More research needs to be done to see if there is a direct mechanism between the vaccine, influenza, and reduction of the incidence of Alzheimer’s disease,” Mintz said.

Kaiser would like to see more research digging into the underlying causes, pathways, and targets of Alzheimer’s disease so we can keep our brains healthy and prevent neurodegeneration.

“This is an area we must better understand to better prepare for what’s to come,” Kaiser said.

New research has found that the flu shot and pneumonia vaccine can reduce people’s risk of developing Alzheimer’s disease.

It’s unclear why these vaccines provide protection, but some health experts suspect it keeps our brains healthy and protected from the widespread inflammation these infections are known to cause.

More studies taking a deeper look at the link between vaccines, infections, and cognitive decline are needed so healthcare providers can better understand how vaccines can be used to prevent Alzheimer’s disease.