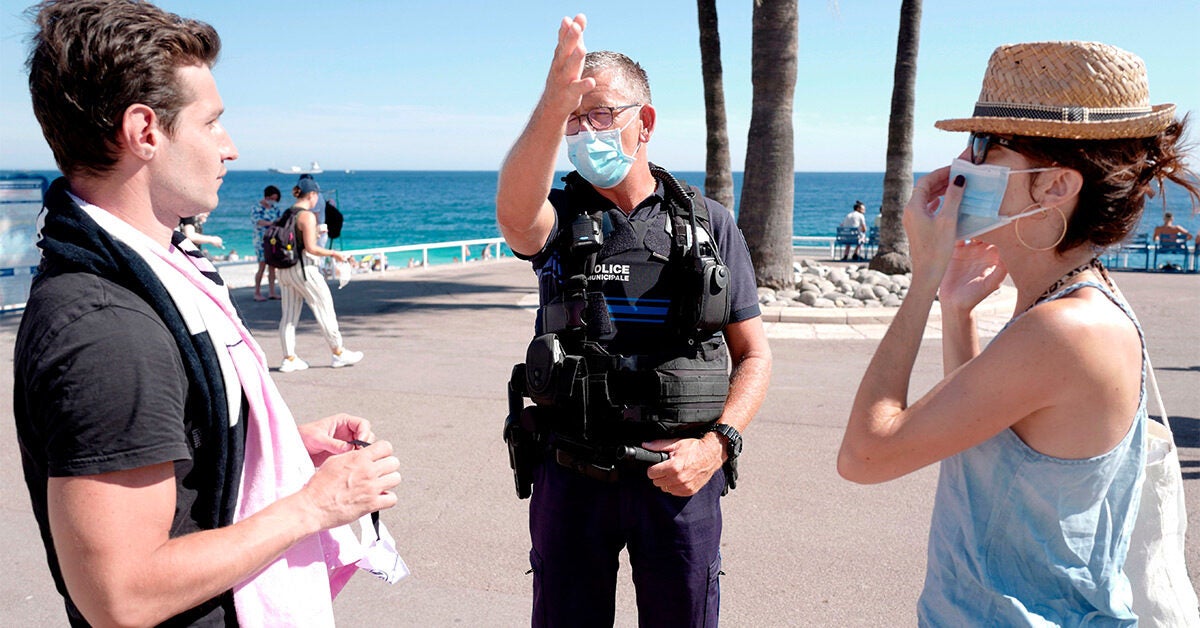 New research from South Korea has found that people with an infection with the new coronavirus who don’t have any symptoms carry just as much virus in their throats, lungs, and noses as those who do have symptoms.

There’s been a lot of debate and confusion throughout the pandemic regarding the role of people without symptoms, or “asymptomatic carriers.”

Some experts have suspected that people without symptoms have caused the new coronavirus, named SARS-CoV-2, to spread more readily in communities.

Other evidence suggests that people who have an infection without any symptoms may actually spread the virus less, considering they likely sneeze and cough less.

The World Health Organization (WHO) has stated that though asymptomatic spread is possible, it’s not thought to be the main route of transmission.

These new findings add to the growing belief that asymptomatic carriers may potentially be able to spread the virus just as readily as those who do have symptoms.

“The study does provide more evidence that asymptomatic individuals do harbor the virus, but you have to have a mechanism for the virus to get from one person to another,” Dr. Amesh Adalja, an infectious disease physician and senior scholar for Johns Hopkins University Center for Health Security, told Healthline.

More research is needed to better understand how much of a role asymptomatic carriers play in outbreaks.

“It is clear that presymptomatic and asymptomatic transmission occurs in certain contexts, but we still don’t quite understand fully what governs this type of transmission,” Adalja added.

The South Korean researchers evaluated 303 young adults with a SARS-CoV-2 infection who had been isolated at a community treatment center.

At the start of the isolation, 193 participants had symptoms — like cough, sore throat, and congestion — and 110 had no symptoms.

About 19 percent of the asymptomatic participants eventually developed symptoms, while the other 80 percent remained asymptomatic.

The researchers regularly collected nasal and throat swabs from the participants throughout their isolation.

The team analyzed the amount of viral genetic material, known as RNA, on the swabs and determined that the viral load — or the amount of virus in a person’s nose, throat, and lungs — was similar regardless of whether they had symptoms or not.

It’s unclear exactly what the findings mean when it comes to transmission.

Dr. Michael Lerner, a Yale Medicine ear, nose, and throat doctor, says if that’s the case, asymptomatic people could potentially cause “superspreading events” in which they unknowingly spread the new coronavirus to several others.

That said, the presence of viral RNA doesn’t necessarily mean a person is carrying the virus.

“In fact, about 10 days after initial infection in the majority of patients, the virus is not felt to be viable or able to transmit to others,” said Dr. David Hirschwerk, an attending infectious disease physician with Northwell Health in Manhasset, New York.

According to Lerner, after the new coronavirus infects our cells, it’s reasonable to expect the presence of some remaining viral genetic material.

More research is needed to understand the virus’s infectiousness in people who have an infection but no symptoms.

The key takeaway, Lerner says, is that people with an infection who never develop symptoms at all could be unknowingly spreading the virus.

According to the researchers, the number of COVID-19 cases may be drastically underreported since testing has focused on symptomatic individuals.

It’s challenging identifying people with an infection who have no symptoms.

Those who don’t have symptoms likely don’t realize they have an infection and may not adhere to physical distancing and isolation practices as strictly.

“A false sense of security among those who ‘feel fine’ and a subsequent lack of adherence to CDC guidelines certainly continues to contribute to local outbreaks,” Lerner said.

Previous research suggests that asymptomatic people may account for nearly half of all COVID-19 cases.

“It’s unclear what proportion of outbreak spread is due to asymptomatic transmission versus due to those with mild symptoms that may go unnoticed,” Adalja said.

To help contain outbreaks, the researchers recommend increasing surveillance and isolation efforts among people who have an asymptomatic infection.

“This is why it is so important to use face coverings and continue physical distancing — and assuming testing is available, to have a low threshold for getting tested,” Hirschwerk said.

New research has found that people with a SARS-CoV-2 infection who don’t have symptoms carry just as much virus in their throats, lungs, and noses as those who do have symptoms.

Though the presence of viral material in the body doesn’t necessarily mean the virus is infectious, these findings add to the growing belief that asymptomatic carriers may be able to spread the virus just as readily as those with symptoms.