Australia Had a Mild Flu Season, What That Means for the U.S. 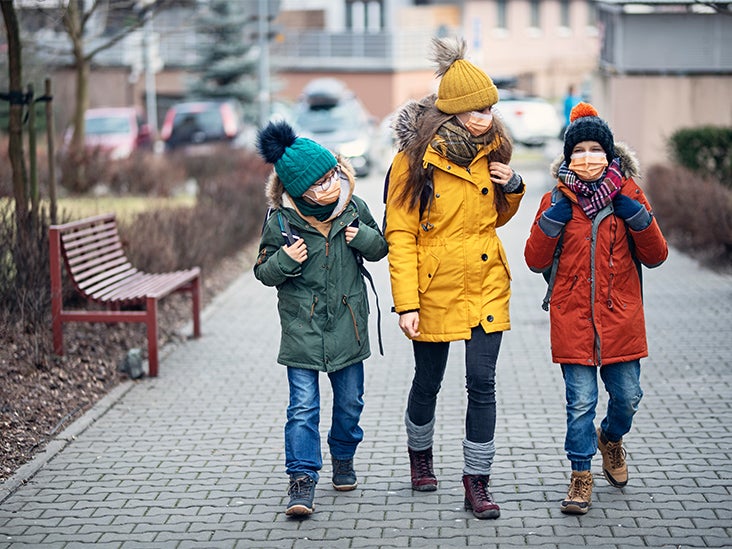 Health authorities across the United States are bracing for the flu and COVID-19 to collide in the fall and winter.

But they may be able to take some solace from what’s been happening in the Southern Hemisphere.

The flu season there was relatively mild.

In places south of the equator, the flu season generally runs from April to October with a peak usually occurring in August.

This year, there has been an unusually low number of cases.

“It’s been a bit of a non-entity really. Since the end of March, the influenza season has virtually dropped off to baseline or negligible levels,” Ian Barr, PhD, the deputy director of the WHO Collaborating Centre for Reference and Research on Influenza based in Melbourne, Australia, told Healthline.

In Australia, there were slightly more than 21,000 cases of laboratory confirmed influenza this year, as of August 23. Last year in the same time period there were more than 247,000.

“It was a combination of luck during an adverse event and… Australians are now increasing their uptake of flu vaccine, which has helped considerably,” said Mary-Louise McLaws, PhD, a member of the WHO Health Emergencies Program Experts Advisory Panel for Infection Prevention and Control Preparedness, Readiness and Response to COVID-19.

“We’ve been fortunate, really fortunate not to have had to deal with that, and I’m not sure that the public fully appreciates how lucky they’ve been that the uptake of vaccine has actually protected them,” McLaws told Healthline.

In response to the unprecedented demand from the Australian public, a record 18 million flu vaccinations were available in Australia in 2020, up from 13 million in 2019.

Experts said the same measures that were implemented to guard against the spread of COVID-19 likely also contributed to the drop in flu cases this year.

“All the measures which have been taken for COVID-19 — the social distancing, the low circulation of people, hand hygiene, now mask wearing and one of the big ones I think is school closures,” Barr said.

“It’s very hard to predict influenza. I would certainly hope that we are destined for a modest influenza season because we’re still struggling mightily with COVID and the last thing we need is another major respiratory virus,” he said.

“We don’t need a double barrel flu season,” Schaffner added. “There would be, of course, much confusion because the clinical presentations are entirely similar, there would be further stress on our testing program which still is not sufficient, and, of course, there would be a big strain on our healthcare system, which here and there is keeping up but struggling.”

“So, if we had a really serious influenza season to stress us further, we would be in trouble,” he said.

Earlier in the year, McLaws braced herself for the potentially disastrous event of COVID-19 meeting a rough flu season in the Southern Hemisphere, but it never materialized.

“I thought it was two storm fronts meeting to potentially cause a catastrophe. But with the additional purchases of the flu vaccine and Australia taking up flu vaccinations, they’ve averted that potential disaster and I can only hope that the Northern Hemisphere will do the same as they move into their winter season,” she said.

According to the Centers for Disease Control and Prevention (CDC), flu vaccination will be particularly important this year to help reduce the impact of respiratory illnesses in the population and lessen the burden on the healthcare system during the COVID-19 pandemic.

Supply of the vaccine is dependent on the private manufacturers who make the product. This year, the manufacturers have a supply of 194–198 million doses.

“The manufacturers have produced more and shall continue to do so, and every professional organization is promoting influenza vaccine. I’ve even said that figuratively speaking I’m down on my knees begging people to get their flu shots,” Schaffner said.

“We are asking everyone, in recognition that the influenza vaccine isn’t a perfect vaccine, but to get vaccinated not only for their benefit but for the benefit of the community and the healthcare system,” he added.

The everyone over the age of 6 months who doesn’t have contraindications to get a flu vaccination by the end of October.

As well as getting the flu shot, Schaffner said it’s important the public continues complying with COVID-19 related restrictions such as wearing masks and physical distancing.

He said these measures will also protect the population from spreading the flu.

“We’re all wondering for how long mask wearing here in the United States can be sustained and whether some of that will actually transfer to influenza season,” he said.

“We would like in public health to promote more of that because we really think it’s effective in reducing the transmission of these respiratory viruses in the winter time,” he added. “We’ll see if the American public cottons to that.”

Schaffner is by his own admission a positive person, but he said the politicization of the COVID-19 vaccine trials, coupled with the threat of a dual COVID-19 and flu season has him worried.

“I worry about a number of things. The upcoming winter respiratory virus season… concerns me,” he said. “I’m also concerned about some of the things that are going on in our political environment.”

“We want to be sure that the vaccine trials proceed according to their scientific protocols and are not interrupted prematurely for political reasons, and we have reasons in the U.S. to be concerned about that,” he said.

Asked if things will turn out OK, his response is somber.

“I think it’s very much a wait and see [approach], and this from an inveterate optimist. So, I’m being cautious,” he said.