Why Some Experts Say Cannabis Is Effective in Treating Menopause 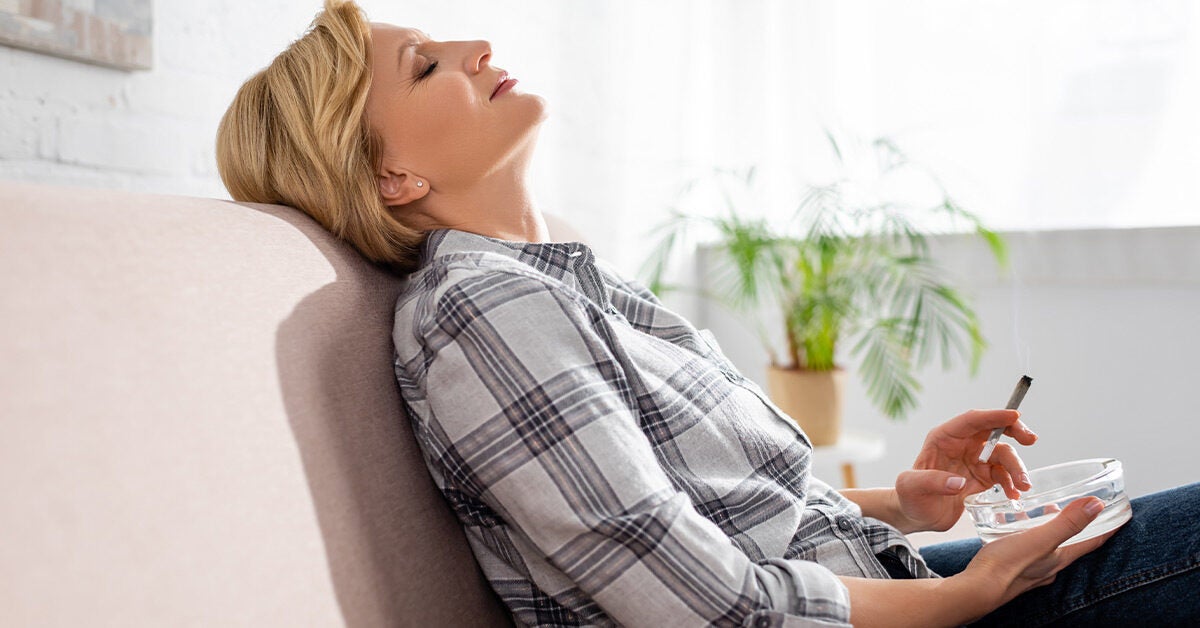 Over one in four female veterans say they’ve used cannabis to address symptoms of menopause.

That’s even more than the percentage who report using more traditional types of menopause symptom management, such as hormone therapy, according to a study being presented today during the 2020 Virtual Annual Meeting of the North American Menopause Society (NAMS).

“This study highlights a somewhat alarming trend and the need for more research relative to the potential risks and benefits of cannabis use for the management of bothersome menopause symptoms,” said Dr. Stephanie S. Faubion, NAMS’s medical director and a clinician who specializes in women’s health.

Other experts, however, said there’s good science behind the connection between menopause symptoms and the body’s natural endocannabinoid system, even if direct research on cannabis’s effectiveness in addressing menopause is currently lacking.

In the new study, researchers examined data on a sample of 232 women in Northern California who took part in the Midlife Women Veterans Health Survey.

About half of the women, whose mean age was about 56 years old, reported menopause symptoms such as hot flashes and night sweats (54 percent), insomnia (27 percent), and genitourinary symptoms (69 percent).

Of these, 27 percent said they currently use cannabis (in any form) to manage their menopause symptoms or have done so in the past.

“These findings suggest that cannabis use to manage menopause symptoms may be relatively common,” said Carolyn Gibson, PhD, a psychologist and health services researcher at the San Francisco Veterans Administration (VA) Health Care System and lead author of the study.

“However, we do not know whether cannabis use is safe or effective for menopause symptom management or whether women are discussing these decisions with their healthcare providers — particularly in the VA, where cannabis is considered an illegal substance under federal guidelines.”

The study didn’t differentiate between use of cannabis products containing the full spectrum of cannabis ingredients, including psychoactive tetrahydrocannabinol (THC), and those containing therapeutic doses of cannabidiol (CBD) and other cannabioids but not THC.

An additional 10 percent of the female veterans expressed an interest in trying cannabis to manage their symptoms.

By comparison, just 19 percent said they used hormone therapy or other, more mainstream interventions to manage their menopause symptoms.

“This is disturbing because hormone therapy is the most effective therapy we have for menopause symptoms, and the benefits typically outweigh the risks for women in their 50s and within 10 years of menopause,” Faubion told Healthline. “Cannabis, on the other hand, is not a proven therapy for menopause.”

Cannabis use for menopause symptoms was consistent across demographic categories, including age, race and ethnicity, socioeconomic status, and mental health conditions.

Smoking cannabis or consuming gummies or other products containing the full spectrum of cannabis ingredients, including psychoactive THC, could have mixed results for women seeking relief from menopause.

“Cannabis is known to have a sedating effect, so it may have a positive effect on sleep disturbance and reduce symptoms of anxiety, but there is also evidence that cannabis use can result in lethargy, increased anxiety, and can provoke serious psychiatric illness,” Samantha Miller, spokesperson for Drug Helpline, told Healthline.

“Menopause is associated with cognitive changes, feelings of ‘brain fog’ and difficulty concentrating. These are also side effects of cannabis use, so using cannabis might actually make these symptoms worse,” she explained.

“Mood changes and irritability are often prominent features during the menopause, which may be counteracted by the euphoric feelings produced by cannabis use. However, there is evidence of a higher incidence of depression in cannabis users.”

Miller also pointed out that there are “no reliable clinical studies looking at cannabis use to aid menopausal symptoms.”

She notes that cannabis products may be illegal in some jurisdictions and are unevenly regulated.

“It would be advisable to obtain these products from a reliable source and start at a low dose to assess any adverse effects,” she said.

Anecdotally, however, many women have found cannabis products to be effective in treating menopause symptoms — particularly insomnia and hot flashes — according to Dr. Junella Chin, the chief medical advisor at CannabisMD.

“Hot flashes are due to the hormonal ups and downs of menopause,” Chin told Healthline. “Estrogen is involved with the body’s endocannabinoid system, and CBD binds to those receptors.”

She added that both CBD and THC are known for their sedative effects, which could explain their reported effectiveness against insomnia.

“It makes sense that some women find relief with plant-based therapy,” said Chin.

Dr. Felice Gersh, an OB-GYN and medical director of the Integrative Medical Group of Irvine, California, told Healthline that beyond hormone replacement therapy, mainstream medicine offers little in the way of relief to women suffering from menopause symptoms other than opioid or NSAID-class painkillers and anti-inflammatory drugs.

“Cannabis products do offer an alternative to what’s out there,” she said.

Gersh recommends only organic, hemp-based products containing CBD but not THC to her menopause patients.

She cites the comparative safety of CBD and the lack of regulation of THC products, including raw cannabis.

“Marijuana can be grown with a huge amount of herbicides,” she noted.

Gersh added that some evidence suggests that excessive use of THC-containing cannabis can lead to cognitive problems.

On the other hand, said Gersh, “The cannabinoids found in the hemp plant are very safe and have benefits for things my patients are seeking help for,” including pain relief, sleep problems, and hot flashes.

Other than lacking the THC that gets users high, hemp contains all of the 80 to 100 cannabinoids and 300 noncannabinoid chemicals found in the cannabis plant.

Some of those may also play a role in addressing menopause symptoms by interacting with receptors in the brain and in the immune system, said Gersh.

“I always encourage using the whole plant for the ‘entourage effect,’” she said. “CBD is one of the major components, but it’s not the only one.”