COVID-19 Cases on the Rise 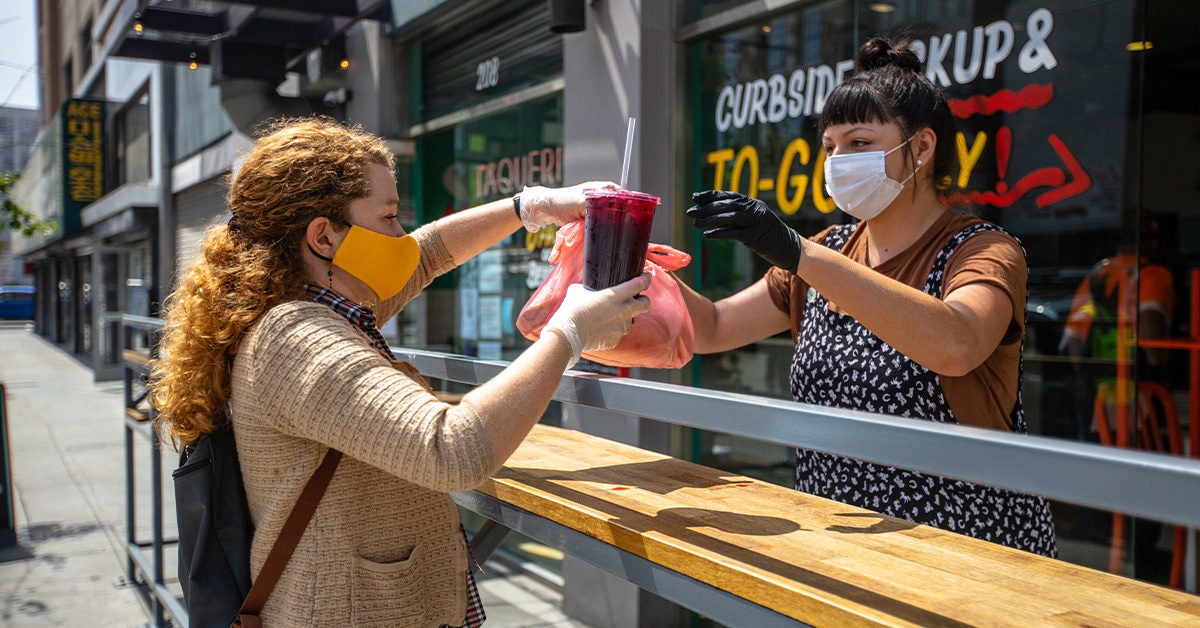 COVID-19 cases are surging in many of the states that were first to attempt reopening their economies and society.

New data suggests the consequences of early reopening attempts are here, and that early reopening has resulted in what experts had said it would result in: a new uptick in cases.

The effects could include as many as 18 percent more deaths than were previously projected.

The University of Washington’s Institute for Health Metrics and Evaluation (IHME) has raised its projection of deaths due to COVID-19 through early October to more than 200,000, mainly due to reopening measures. Its previous estimate had been roughly 170,000.

There are a handful of states where effects of reopening are clear. A smaller number of states are currently exhibiting less obvious effects. Other states, slower to reopen, are seeing slow and gradual increases, while others are vulnerable to flare-ups.

But it’s that first group that’s causing the projections to grow, sparking a debate over whether reopening measures can be rolled back or delayed in some places.

Arizona, Florida, and Texas each hit new records for daily new cases of COVID-19 this week, outpacing what experts say could be attributed to simply increased testing.

Alabama has hit record highs in new cases and hospitalizations in recent days.

South Carolina has also seen records in new cases this week as well as spikes in the percentage of tests coming back positive.

Alabama allowed stores to open at the end of April and other businesses in mid-May.

Texas allowed all stores, restaurants, malls, and movie theaters to open in early May.

Arizona and Florida also began reopening in early May, but both states are now seeing restaurants and other establishments choosing to close again as workers and patrons test positive for the virus.

Florida, where the percentage of tests coming back positive has roughly doubled, is predicted to be one of the states hardest hit by the virus, according to the University of Washington’s IHME model.

The Sunshine State is now estimated to see nearly 19,000 deaths through early October, up 186 percent from the estimate put out last week.

“Clearly this opening up has, in many locations, been such that people are being careless rather than careful,” Dr. William Schaffner, an infectious disease expert at Vanderbilt University in Tennessee, told Healthline.

Schaffner notes that people aren’t wearing masks or maintaining 6 feet of physical distancing in some places.

“That’s resulting in an increase in cases and in some places an increase in hospitalizations,” he said. “That’s concerning, because if people are careless now, that will only increase as summer goes on… We’re moving back to the old normal, not to a new normal.”

The varying in compliance with and enforcement of individual behavior guidelines might help explain one curious phenomenon: why a couple states that reopened early aren’t seeing the kinds of spikes that others are.

Georgia’s move to begin reopening at the end of April was widely questioned, but the state has seen daily case numbers remain mostly constant since.

“Does it seem like reopening might provide more opportunities for the virus to move from person to person? Yes, it does. Was Georgia ready to reopen safely according to the experts? No. But it’s still been relatively flat and hasn’t seen that uptick,” said Jeffrey Shaman, a professor of environmental health sciences at Columbia University in New York who has been modeling the spread of COVID-19. “So why hasn’t Georgia seen a real explosion of cases the way Texas or Arizona have?”

In addition to how individual behavior may differ from state to state, what “reopening” looks like in each state is a bit different too. And it might not be economically viable for businesses such as restaurants to open at a limited capacity.

“Reopening isn’t going to instantly result in packed businesses, restaurants, bars, though it appears it has in some places,” Shaman said.

Other experts have warned that it may be too early to rule out a spike in cases for Georgia, and cautioned that the state has appeared to have manipulated COVID-19 stats in the past.

Places with the earliest and strictest shutdown measures appear to be having some success.

San Francisco and the surrounding Bay Area was the first region in the United States to announce a shelter-in-place order.

San Francisco has seen cases continue to decline in recent weeks, although a few other counties in the Bay Area have seen gradual increases continue.

California has been starting to reopen over the past 2 weeks. Cases are rising in Los Angeles and Southern California.

“San Francisco seems to have really seen the benefit of being the first to do shelter in place,” Shaman said. “L.A. County hasn’t been doing well… If they further loosen, there’s no reason to believe that’s going to help bring it under control.”

But whether states reopen or not, there’s another factor: flare-ups.

Meatpacking plants, nursing homes, and jails have contributed to sharp increases in the number of cases in a given region. But reopening may be opening the door to other sudden surges as well.

Cases were dropping in Oregon until mid-May when some counties got permission to begin reopening.

Health officials say many of those cases are tied to one source, a church that had held services and events in April and May.

For now, Oregon Gov. Kate Brown has suspended for 1 week any attempts by counties to loosen COVID-19 restrictions further.

Elsewhere, attempts at reclosing may be necessary.

Jay Butler, deputy director for infectious diseases at the Centers for Disease Control and Prevention (CDC), said Friday that some of the measures that have been lifted may need to go back in place again at some point.

“Right now, communities are experiencing different levels of transmission, and this is occurring as they gradually ease up on the community mitigation efforts and gradually reopen,” Butler said in a .

“If cases begin to go up again, particularly if they go up dramatically, it’s important to recognize that more mitigation efforts such as what were implemented back in March may be needed again,” he said.

That may be easier said than done, though.

Instead, Schaffner suggests focusing on mitigating risk through making minor individual sacrifices, even if they’re a bit uncomfortable. That means wearing masks inside businesses or churches if you feel you must go.

He notes he sees people wearing masks but with their nose uncovered.

“Of course, it’s easier to breathe with your nose out… but harder to breathe is the point. It means it’s working,” he said. “So it comes down to those nitty-gritty levels, to people trying to adapt the guidelines to their personal way of life.”

“It’s sometimes painful and difficult, but we have to adjust,” he added.

“People are exhausted in dealing with the virus, but the virus doesn’t care,” Shaman said. “Whether we’re tired or not, it’s not going to cut us a break.”