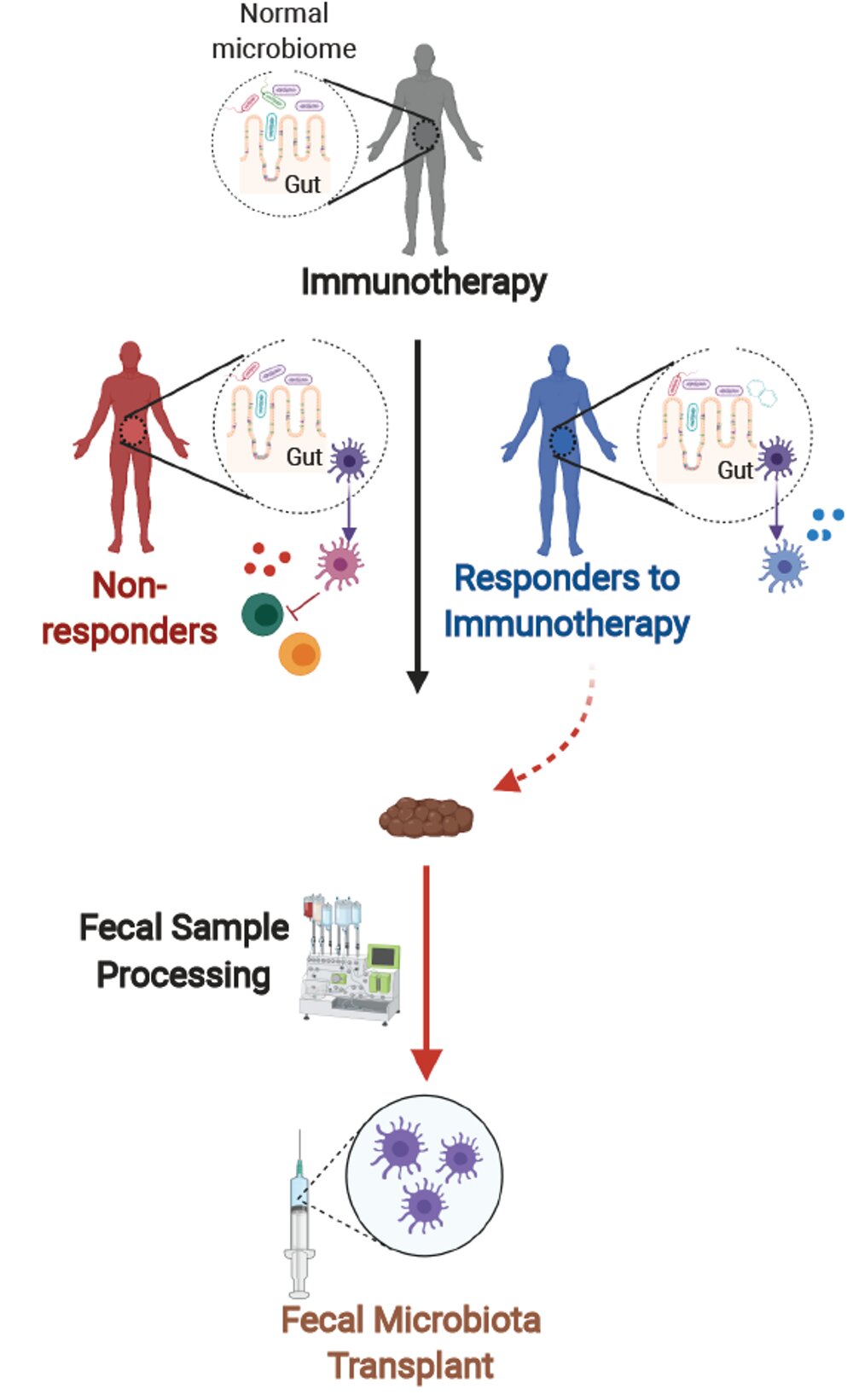 The effect of a drug, or impact of a treatment like chemotherapy, doesn’t just depend on your body. The success of a particular medicine also depends on the trillions of bacteria in your gut.

The 100 trillion bacteria that live within the human digestive tract—known as the human gut microbiome—help us extract nutrients from food, boost the immune response and modulate the effects of drugs. Recent research, including my own, has implicated the gut microbiome in seemingly unconnected states, ranging from the response to cancer treatments to obesity and a host of neurological diseases, including Alzheimer’s, Parkinson’s disease, depression, schizophrenia and autism.

What underlies these apparently discrete observations is the unifying idea that the gut microbiota send signals beyond the gut and that these signals have broad effects on a large swathe of target tissues.

I am a medical oncologist whose research involves developing novel therapies for melanoma. To evaluate whether altering the microbiome could benefit cancer patients, my colleagues and I evaluated the transfer of fecal matter from melanoma patients who responded well to immunotherapy to those patients for whom immunotherapy failed. Just published in the journal Science, our results reveal that this treatment helped shrink the tumors of advanced melanoma patients when other therapies hadn’t worked.

What connects cancer and gut bacteria?

Gut microbiota have been linked to to the success and failure of multiple cancer treatments, including chemotherapy and cancer immunotherapy with immune checkpoint inhibitors such as nivolumab and pembrolizumab. In the more recent studies, the species and relative populations of gut bacteria determined the probability that a cancer patient would respond to drugs known as “immune checkpoint inhibitors.”

This research showed that differences in the gut microbiome between individual patients were associated with various outcomes to these drugs. But the precise mechanisms underlying microbiome-immune interactions remain unclear.

Oncologists often treat patients with advanced melanoma using immunotherapies targeting specific proteins on the surface of immune cells known as PD-1 and CTLA-4. These work in a subset of patients, however—50%-70% of patients have cancers that get worse despite treatment. No medical treatments have been approved to treat melanoma patients who have failed PD-1 immunotherapies.

To investigate whether certain types of microbes could boost the efficacy of PD-1 immunotherapies, my colleagues and I developed a study in which we collected fecal microbes from patients who had responded well to this therapy and administered these to cancer patients who didn’t benefit from the checkpoint drugs.

We chose stool from patients who responded well to immunotherapy based on the hunch that they would have greater quantities of bacteria implicated in helping shrink the cancer. As it is difficult to identify one or two species of bacteria that are responsible for the beneficial response to these therapies, we used the entire bacterial community—hence fecal microbe transplant.

Transplant recipients were patients whose melanoma had never responded to immunotherapy. Both recipients and donors underwent screening for diseases to ensure that no infectious agents would be transmitted during the transplant. Following a biopsy of their tumor, patients received a fecal microbe transplant from patients who benefited from immunotherapy along with a drug called called pembrolizumab, which was continued every three weeks.

Following this fecal microbe transplant treatment, tumors of six out of 15 patients in the study had tumors that shrank or remained the same. The treatment was well tolerated, though some of the patients experienced minor side effects including fatigue.

When we analyzed the gut microbiota of treated patients, we observed that the six patients whose cancers had stabilized or improved showed increased numbers of bacteria that had previously been associated with responses to immunotherapy.

These results suggest that introducing certain intestinal microorganisms into a patient’s colon may help the patient respond to drugs that enhance the immune system’s ability to recognize and kill tumor cells.

Ultimately we hope to move beyond fecal microbe transplants to specific collections of microbes in cancers besides melanoma, paving the way for standardized microbe-based drug therapy to treat immunotherapy-resistant tumors.

Provided by
The Conversation

This article is republished from The Conversation under a Creative Commons license. Read the original article.

This document is subject to copyright. Apart from any fair dealing for the purpose of private study or research, no
part may be reproduced without the written permission. The content is provided for information purposes only.