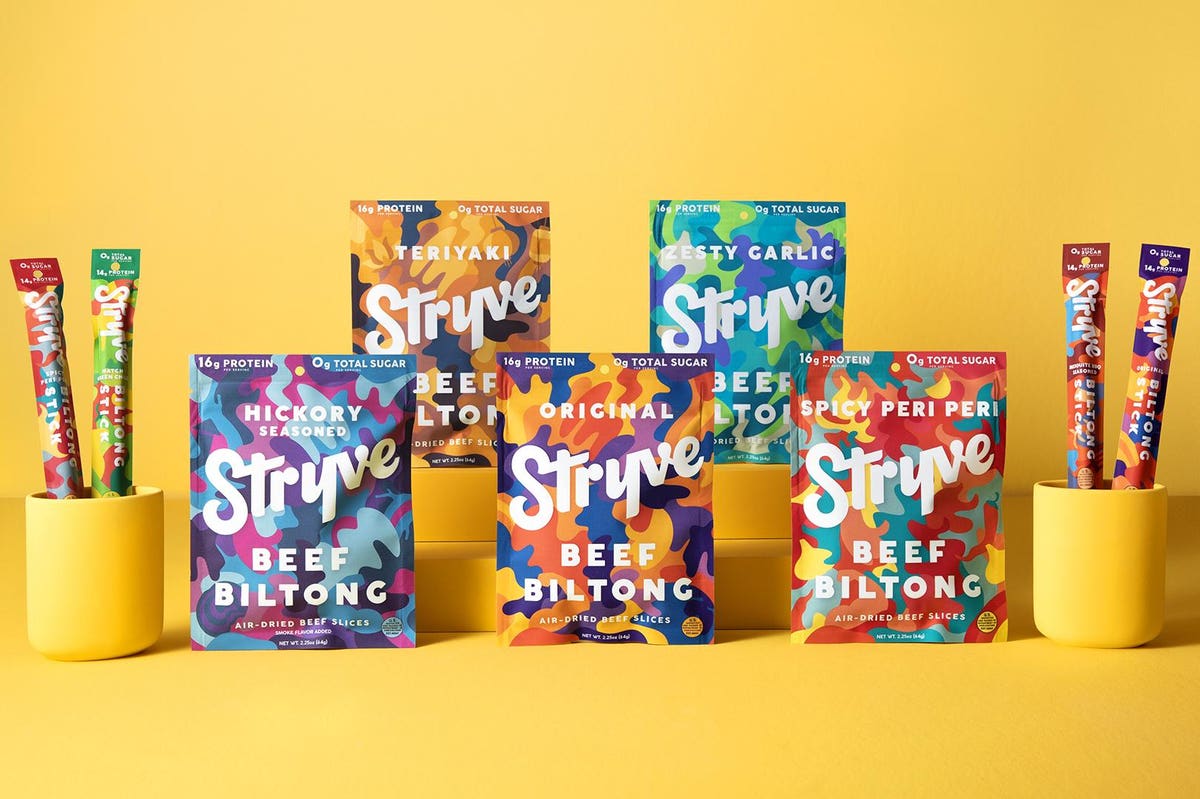 The largest U.S. biltong producer Stryve Foods, which has helped introduce air dried meat snacks to American consumers as a healthy alternative to regular jerky, is going public on the Nasdaq
under the ticker “SNAX” with an expected $170 million enterprise value upon merger with SPAC Andina Acquisition Corp. III.

Private investors, including Hollywood actor Channing Tatum, and rookie phenom Los Angeles quarterback Justin Herbert, have reportedly poured $42.5 million at $10 per share into the transaction that will likely close in Q2 2021, and result in approximately $67 million gross cash proceeds to Stryve.

Tatum said in a statement: “People are searching for healthier, better tasting options for the way they snack, and Stryve products raise the bar for quality and taste. I’m thrilled to be an investor and look forward to supporting their mission to help America snack better, and on a personal note, I love their products, which I enjoy when I’m training, camping, or just hanging at home.”

Herbert added: “Stryve is the kind of healthy, high-protein snack that I look for to fuel my pre- and post- workout. I’m excited I’ve joined forces with a brand that creates a product that’s not only good for you, but delicious, too.”

Stryve’s IPO comes amid a record pace for SPACs, also known as blank-check companies, over the past year as they offer a convenient way for well-funded private companies to attract public investors.

A typical SPAC merger can take place within a few weeks of preparation that involves limited interruption to company’s management and its listing price, unlike a traditional IPO, is exposed to limited risks from fluctuating market conditions.

Stryve’s co-CEO and CMO, Jaxie Alt, says the company was fundraising during its third private equity round when the team met with Andina through one of its shareholders, and realized a SPAC IPO was “the perfect way” to gain access to money for working capital and marketing.

Stryve, which offers dried meat snacks under three portfolio brands — Stryve Biltong, Kalahari Snacks, and Vacadillos that makes carne seca, has experienced a stellar 63% CAGR in gross revenues since its inception in 2018.

While the concept of biltong, native to South Africa, remains a novelty to the majority of Americans, it has found a sweet spot in the U.S. where local consumers are increasingly swapping traditionally processed meat snacks with options that offer higher protein and zero sugar.

“Based on our rapid sales growth over the last two years and excitement with our PIPE investors, we expect the public to react very favorably to our public listing,” Alt told me, noting how healthy eating as a long-term trend will help Stryve better compete against not only other meat snacks companies, but protein bars and chips, crackers and cookies players as well.

She expects Stryve’s business to double in 2021 with an anticipated 180% growth rate, primarily driven by e-commerce and a multi-faceted marketing plan, as the ongoing COVID crisis has hampered its in-store sampling and brick-and-mortar sales.

“Our Stryve squad of social influencers and a strong PR plan of media outlets are helping spread the word for us,” Alt said. “We are in over 20,000 retail doors right now and that will grow exponentially this year across channels from premium online grocery to the dollar channel. We are the leader in air dried meat in America with our brands, and this year we will absolutely cement that market share position.”

Stryve’s IPO also follows in footsteps of a slew of premium consumer products, such as Laird Superfood and Modern Meat, with Oatly expected to go public later this year too, which Alt believes a sign of specialty food brands becoming increasingly mainstream.

“We aspire to do as well as they have,” She said. “As Americans become aware of these healthier options, the public market will become more and more popular for brands like ours.

“Look at Greek yogurt, 20 years ago when Chobani entered, that was ‘specialty’. Now Greek yogurt is bigger in America than regular yogurt [because of] higher protein, less sugar, and great taste. That’s what we offer as well and we believe in the years ahead, air dried meats will overtake traditional jerky, which is lower [in] protein and full of sugar and artificial ingredients.”

While Stryve currently manufactures in an Oklahoma-based factory, one of the few licensed U.S. plants that are allowed to produce biltong, its ambitions to offer more health-focused food don’t stop at meat snacks.

“We are on a mission to help Americans snack better, and we do see ourselves as an emerging healthy snacking platform,” Alt said. “For us, that begins in the meat snacks category, and we plan to enter other healthy verticals as well down the road.”