Here Are the States Where COVID-19 Is Increasing 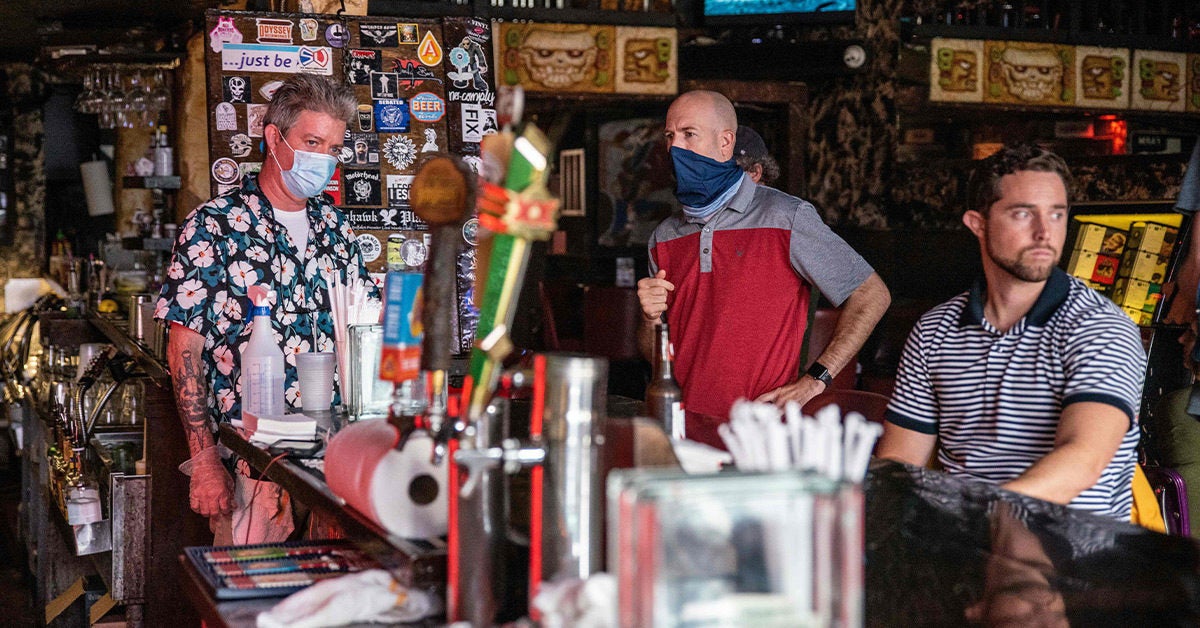 Editor’s note: This story will be updated regularly as new statistics are released.

For the fifth straight week, the number of new confirmed COVID-19 cases has increased in the United States.

Hospitalizations from the disease are also on the rise while deaths continue to decline, at least for the time being.

Overall, the United States is now closing in on 3 million confirmed COVID-19 cases since the pandemic began.

A weekly tracking graph by Reuters that was updated this morning reports that new COVID-19 cases in the United States increased by 27 percent for the week that ended July 5.

The graph lists 41 states where case numbers rose this past week with just nine showing declines.

The rate of positive test results edged up slightly to 7.5 percent, according to Reuters. In all, 24 states reported positivity rates of more than 5 percent. That’s the level that the World Health Organization (WHO) considers “a cause for concern.”

A daily tracking graph from the New York Times found that 38 states have shown an increase in new COVID-19 cases in the past 2 weeks.

In 11 states, the cases are mostly the same. That leaves just one state, New Hampshire, where cases have decreased the past 14 days.

However, since hospitalizations and positive test percentages are rising, the increase in cases can’t be due to increased testing.

“COVID is not controlled in the U.S.,” Schaffner told Healthline.

He also expects cases and hospitalizations to continue to increase in the near future.

“There is no indication that the U.S. has any inclination to buckle down to a serious, sustained COVID control strategy,” Schaffner said.

As far as percentages, Tennessee recorded the biggest spike in new COVID-19 cases this past week.

The Reuters graph showed The Volunteer State reporting more than 11,000 new cases, an increase of 122 percent from the week before.

Delaware was next. Its 902 cases were 100 percent higher than the week before.

In terms of sheer numbers, no state is close to California, Florida, and Texas.

California recorded nearly 49,000 new confirmed cases, a jump of 30 percent. The Golden State set a record on Sunday with more than 11,700 new cases, the most any state has reported in one day since the pandemic began.

That broke the record of 11,458 new cases set by Florida on Saturday.

The Reuters graph shows Texas with more than 46,000 new cases last week, a hike of 25 percent. The Lone Star State also reported 8,181 people were hospitalized with COVID-19 on Sunday, a new daily record.

Arizona also continues to see a surge in cases.

The Grand Canyon State recorded more than 24,000 new cases last week, a 12 percent increase from its record numbers the week before. Arizona also became the latest state to report more than 100,000 COVID-19 cases since the pandemic began.

Arizona also has a test positivity rate of 26 percent. Florida’s rate is 19 percent while Mississippi is sitting at 17 percent, according to the Reuters graph.

The Reuters report notes that deaths have continued to decrease, registering 3,447 people died from COVID-19 this past week.

That’s significantly below the 2,000 deaths per day that were being registered in mid-April.

The Reuters graph shows that COVID-19 deaths dropped by 38 percent last week. In all, 38 states reported decrease in the number of deaths. The largest declines occurred in New Jersey and Illinois, both former COVID-19 hot spots.

Among them were Florida with a 19 percent increase, Texas with a 16 percent hike, and California with a rise of 4 percent.