How Exercise Can Become an Unhealthy Obsession 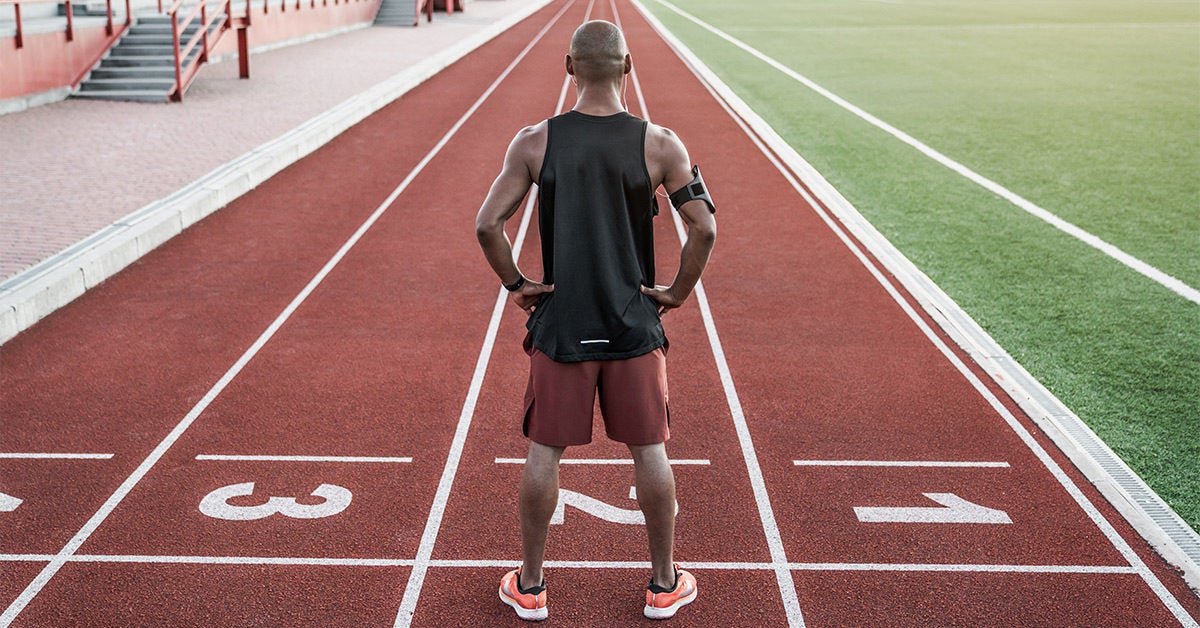 Running is one of the most popular recreational athletic activities around. In fact, about 49.5 million people are active runners or joggers in the United States, according to a 2019 report from the Sports & Fitness Industry Association.

While running can present numerous overall benefits for your body — from cardiovascular to mental health — an obsessive, unrelenting approach to running can pose severe risks.

A new study out of Australia looks at the increase in physical injury that can result from an addiction to running. As with any other addiction, a running addiction is when a person develops an almost compulsive obsession with the sport.

For the study, published in the International Journal of Environmental Research and Public Health, a research team led by University of South Australia Adjunct Professor Jan de Jonge, PhD, surveyed 246 recreational runners in the Netherlands who were between 19 and 77 years old.

They wanted to examine how a person’s mental outlook when it came to the sport affected their risk for injuries tied to running.

Those who reported to be “obsessively passionate” runners, in which running consumed their lives to the extent that it harmed their relationships and day-to-day lives, were found to be more likely to develop a running injury than those who were “harmoniously passionate” about the sport.

Those who were “harmoniously passionate” incorporated the activity more seamlessly into their lives. It didn’t dominate over all else.

They showed the ability to compartmentalize more, showing signs of mentally recovering from a run as well as paying attention to early indications that they could be developing an injury.

“Most running-related injuries are sustained as a result of overtraining and overuse or failing to adequately recover, merely due to an obsessive passion for running,” de Jonge said in a press release.

“The majority of research focuses on the physical aspects of overtraining and lack of recovery time, but the mental aspects of running-related injuries have been ignored to date,” he said.

The research showed that older runners were able to separate themselves mentally from running much easier than people in the 20 to 34 age range.

Female runners were also more likely to develop an injury than male runners.

“It is actually a bit more common than one would think,” Dr. Brian Feeley, a professor in residence and chief of sports medicine and shoulder surgery in the department of orthopedic surgery at University of California, San Francisco, told Healthline when asked about running addiction.

Feeley, who wasn’t affiliated with this new study, cites a that looked at the relationship between exercise addiction and amateur runners.

It found that 8 percent of these people had a risk for exercise addiction. He says this study revealed that loneliness and anxiety might lead to “uncontrolled behavior” that in turn leads to increased exercise in amateur runners, for instance.

“Therefore, it seems that there are some people who may be at more risk, and it is more common that one may expect,” Feeley said.

She says that running can be particularly addictive because of what she calls the “runner’s high,” the elated feeling that results from “happy hormones in the body” getting released from physical activity and endorphins.

“It’s a true change in how we feel, and we feel better when we run,” Carter told Healthline. “People can become addicted to that feeling because it is so enjoyable.”

Beyond that psychological and emotional boost that can come from a running workout, the running boom that started in the 1980s and continues today has seen more and more novices signing up for 5Ks, half-marathons, and full marathons, says Carter, who wasn’t affiliated with the study.

She explains there’s a “pitfall” associated with the popularity of running: People are doing more running than they’re ready for.

“I’ve had a bunch of patients come in recently who’ve said, ‘Gosh, I’m having knee pain. I’ve been into running and doing six marathons in the last year,’” Carter said.

She says part of the competitive nature of the sport — with people setting at times impossible personal goals and benchmarks to hit — is part of a culture that’s something of a breeding ground for addictive tendencies.

“It’s one of the most accessible sports. You don’t really need shoes, you just need some time. You can run anywhere, and people all over the world, you have the popularity of barefoot running, for instance. Running is so accessible — I think that one of the sports that is easiest to sort of overdo,” she added.

Feeley and Carter both outline some of the most common injuries that can be tied to excessive running.

Top of the list are stress fractures, or tiny cracks in a bone that are caused by overuse and repetitive force, according to Mayo Clinic.

“These are more common in younger women. Patients can have hip, tibia, or foot stress fractures, which can occur due to high volumes of training,” Feeley said.

Carter says that stress fractures in the hips are “particularly dire.”

Hip stress fractures will certainly bring a runner into an operating room, she adds, where pins or screws will be put into the hip to prevent a complete fracture.

She says people who have a running addiction have difficulty pulling back from their regular regimen — leaving injuries unaddressed and getting worse with time.

“Importantly, people who have running and exercise addiction are also at risk for other mood disorders and eating disorders, and should be screened accordingly,” Feeley added.

Carter says aesthetic athletes and competitive runners tend to underfuel, not giving their bodies the nutrients they need to stay healthy.

This can be especially pronounced in people who develop an addiction to running.

Underfueling-induced energy deficiencies can cause hormonal changes for women — they might lose their periods — and men, who might experience low testosterone levels. It also leads to fatigue and lack of energy.

“Make sure you are fueling enough,” Carter stressed.

What are safe practices a runner should adopt?

“For the average runner, they need not worry. Most people who run are going to enjoy the many positive effects of running, without the addictive problems,” Feeley explained.

That being said, he says that people who are returning from a surgery or an injury, it’s recommended they embrace a “slow progression” back into running with “increases every other run and with rest days between every run.”

Carter says you should vary your training program. Don’t go for a 5-mile run every day. Intersperse sprints, for instance, with other interval workouts.

“I also usually recommend that, even for the elite runner, they practice other types of exercise,” Feeley said. “Particularly, practice yoga or strength training that increases their core strength, as this has been shown to minimize the risk of injury over time.”

A new survey of 246 recreational runners found that more people who practiced an obsessive, addictive approach to the sport were more likely to develop injuries than their peers who showed a healthier integration of running into their lives.

As with other addictions, running addiction is when participating in the sport becomes an almost compulsory activity, overpowering other aspects of a person’s life.

Doctors suggest that runners limit the amount of running they do. It isn’t necessary to run 5 miles every day.

Add other activities to your fitness regimen, like yoga or other interval workouts. Also, be sure to fuel with a healthy diet to prevent malnourishment and hormonal imbalances.