How One Nursing Home Stopped a COVID-19 Outbreak 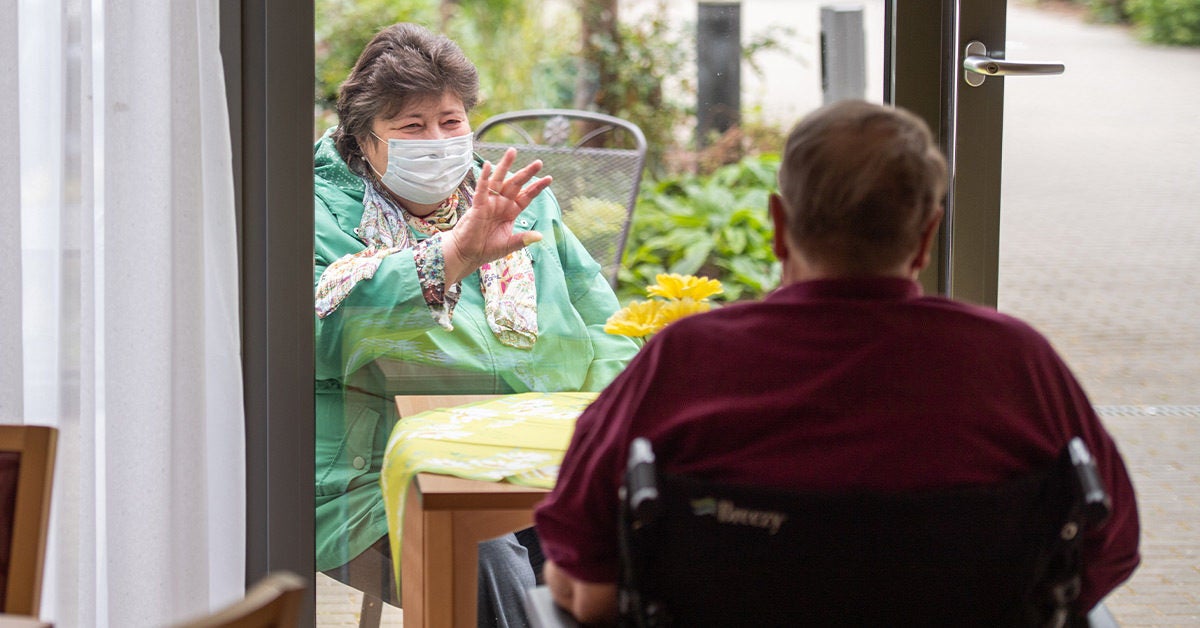 A long-term care skilled nursing facility in California as a way to identify, contain, and prevent SARS-CoV2 infections. Could their strategy better protect residents and staff at nursing homes across the country?

Deaths from the novel coronavirus in nursing homes account for more than half of all fatalities in 14 states, according to a Kaiser Family Foundation report out in May. During the same month, the Centers for Medicare & Medicaid Services (CMS) announced reopening guidelines, recommending daily screening and weekly testing for residents and staff.

Nursing homes have been hard hit by the COVID-19 pandemic, with many outbreaks spreading rapidly through a facility.

But one skilled nursing facility for veterans was able to identify, contain, and stop a COVID-19 outbreak, according to the published last week.

In order to stop the disease from spreading further, the hospital based in Los Angeles started daily screening of symptoms among residents and staff. Additionally, everyone was tested weekly.

The tests caught a significant number of people who did not have symptoms of the disease.

Fourteen of the 19 facility residents who tested positive had no symptoms at the time of their test. Additionally, four of the eight staff members were initially asymptomatic.

While a significant number of patients tested positive in the initial month after the disease was detected, the staff were able to limit the spread of the disease after those initial weeks, stopping the outbreak from spreading.

While regular testing worked for this nursing home, it may not be feasible to repeat it in other nursing homes unless they have detected a case of COVID-19.

Testing the 4.4 million residents and staff of assisted living communities and nursing homes once would cost $672 million, according to an American Health Care Association/National Center for Assisted Living (AHCA/NCAL) analysis.

Christopher Laxton, executive director of the Society for Post-Acute and Long-Term Care Medicine, said the CMS guidance doesn’t address funding for testing. Residents may be covered if they have Medicare. But that doesn’t account for the cost of testing staff members.

In the case of the facility for veterans, they may have more financial resources to cover testing costs, Laxton said. That’s not the case for many nursing homes, he added.

Several states have committed to help cover testing fees in nursing facilities. Medicare provides some reimbursement for residents’ tests, and insurance carriers can help cover costs for workers. “But with varying policies, availability, and turnaround time, this creates a real challenge in combatting this virus and a real burden for providers,” an AHCA/NCAL spokesperson told Healthline.

“The cost of testing and who is going to cover and pay for the testing, particularly for staff, is a big issue,” Alice Bonner, PhD, director of strategic partnerships for the CAPABLE program at Johns Hopkins University, told Healthline.

The guidelines offer flexibility in terms of letting individual facilities determine when they can reopen — something Bonner and Laxton like.

Laxton said that blanket-approach guidelines aren’t a good strategy to regulate COVID-19 at nursing homes. Perhaps facilities can perform baseline testing and then look at which high-risk residents — such as those that have to leave regularly for dialysis — should receive follow-up testing. “Those are the kinds of things that should drive retesting,” Laxton told Healthline.

Testing strategies must consider the specific needs of patients such as those who have dementia. For them, the nasal swab could be traumatic, Laxton said.

The AHCA/NCAL has “been begging to be made a priority” for months. Long-term care providers have been searching for labs or hospitals to perform tests for residents and staff. They have been “at the mercy of the availability of test kits, the doctors or hospitals who order them, and the labs who prioritize and process them.”

“In our case, nobody listened for months, with devastating consequences for our residents and staff,” the spokesperson said.

“Although the situation is now improving, more support to nursing homes and assisted living communities will be needed, and it requires a collective effort from the public and private sectors,” the spokesperson said.

The AHCA/NCAL supports regular testing as highlighted in the CDC report. “Repeated, ongoing testing is the only way we are going to beat this virus,” the spokesperson said.

Laxton believes that a few things can help nursing homes:

“I think we can control this,” Laxton said. Outdoor visitations are just one creative way to reintroduce family visits when a facility is ready. Still, regulations do need to be in place to keep everyone safe.

Bonner doesn’t see clear answers as to how nursing homes should move forward. Even if you test regularly, all it takes is one person with the virus to cause an outbreak, she said.

“All the experts are calling for more, better, faster, and more reliable testing,” Bonner said. “Until we have those things, I’m just not sure it helps us to have everybody tested.”

“A lot of it is going to depend on what will happen in the fall,” Bonner added.