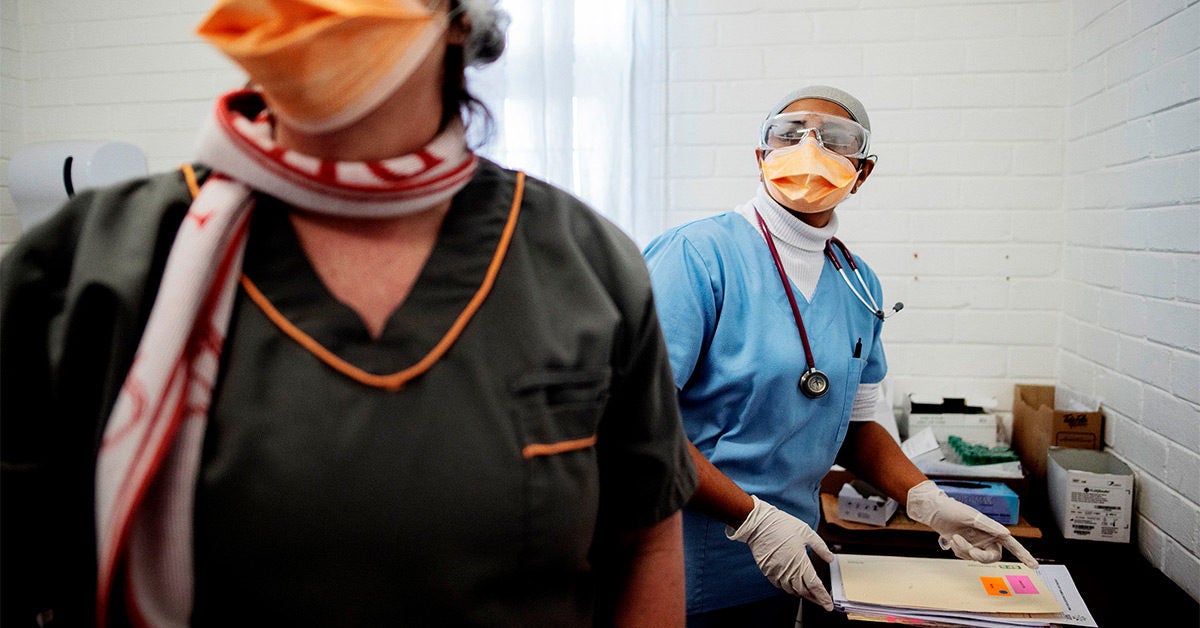 An investigational vaccine designed to protect against SARS-CoV-2, the coronavirus that causes COVID-19, was generally well tolerated and induced immune responses in healthy volunteers, show the interim results of an early clinical trial.

“This vaccine has passed the first test that shows that it is safe and elicits a promising immune response in a small number of study subjects,” said Blumberg, who wasn’t involved in the research.

“The next step will be a larger study that should be able to provide better safety data, and perhaps efficacy data, to see if the vaccine actually protects against [the coronavirus],” he said.

The candidate vaccine, known as mRNA-1273, was developed by biotechnology company Moderna in partnership with the U.S. National Institute of Allergy and Infectious Diseases (NIAID).

It’s designed to stimulate the immune system to produce neutralizing antibodies against the coronavirus “spike” protein, which the virus uses to bind to and enter cells in the body.

This is one of in clinical trials around the world, according to the World Health Organization.

The phase I trial included 45 healthy, mostly white volunteers ages 18 to 55 who were enrolled at study sites in Seattle and Emory University in Atlanta. Few non-white participants were included in the trial.

The trial was later to include an additional 75 people, including some older than 55 years. Data from this group wasn’t included in the interim results.

After the second dose of the candidate vaccine, people showed neutralizing antibody levels similar to what’s found in the plasma of people who had recovered from COVID-19.

Blumberg says the immune response seen in the phase I trial appears to be “relatively rapid,” although it’s clear that a second dose will be needed to produce a “robust” response.

However, “we don’t know what level of antibody after immunization will result in protection [from the coronavirus],” he said. This is why larger studies are needed.

The two-dose approach could limit the vaccine’s usefulness in the real world, because not everyone would get the second dose. in particular have a poor track record with this for other vaccinations.

Blumberg says there were no “red flags” in terms of adverse effects, although everyone in the two-dose 100- and 250-microgram groups had at least one negative side effect.

The most common side effects were fatigue, headache, chills, and muscle pain or soreness at the injection site. These occurred more frequently in people who received a higher dose and after the second dose.

The true safety profile of the candidate vaccine won’t be known until larger studies are done.

The results of the phase I trial were published July 14 in the New England Journal of Medicine.

The results from this study will be used to guide later clinical trials.

“These Phase 1 data demonstrate that vaccination with mRNA-1273 elicits a robust immune response across all dose levels and clearly support the choice of 100 micrograms in a prime and boost regimen as the optimal dose for the Phase 3 study,” said Dr. Tal Zaks, chief medical officer of Moderna, in a news release on Tuesday.

Moderna and NIAID plan to start recruiting for a phase III trial later this month, looking to enroll 30,000 people at 87 study sites across the United States.

A phase II clinical trial of the candidate vaccine began enrolling volunteers in late May, which included 600 participants.

Volunteers in the phase III trial will receive either two 100-microgram doses of the candidate vaccine 28 days apart, or two doses of an inactive placebo as comparison. Researchers will follow them for up to 2 years to see whether they get COVID-19.

This trial will show whether the immune response elicited by the candidate vaccine prevents infection or increases a person’s risk for severe disease.

This negative response, known as of disease, is a general concern with any vaccine development.

Researchers will enroll people who are at high risk for infection: those who live in an area with many cases, or healthcare or other workers likely to be exposed to the virus.

The more people who are exposed to the virus, the more quickly the study can be completed. So the continuing rise of COVID-19 cases in the U.S. South and Southwest could help get results sooner.

Blumberg says longer follow-up is also needed to know how long the immune protection lasts and if booster shots are needed.

In addition, he says studies are needed in more diverse groups that better match the U.S. and worldwide population.

This includes studies in people of color, older adults, people with underlying medical conditions, pregnant women, and children. This will show whether the candidate vaccine is safe and effective for those specific groups.

The Moderna/NIAID phase III trial will include healthy adults and people with chronic conditions, as long as they’re stable.

Pregnant women and children won’t be enrolled in this trial, so additional studies would be needed before the vaccine could be used in those groups.

“Ideally, we would like a vaccine that we can give to everybody to provide widespread protection against COVID-19,” Blumberg said.