Quarantine Fatigue Is Real. Here’s How to Cope 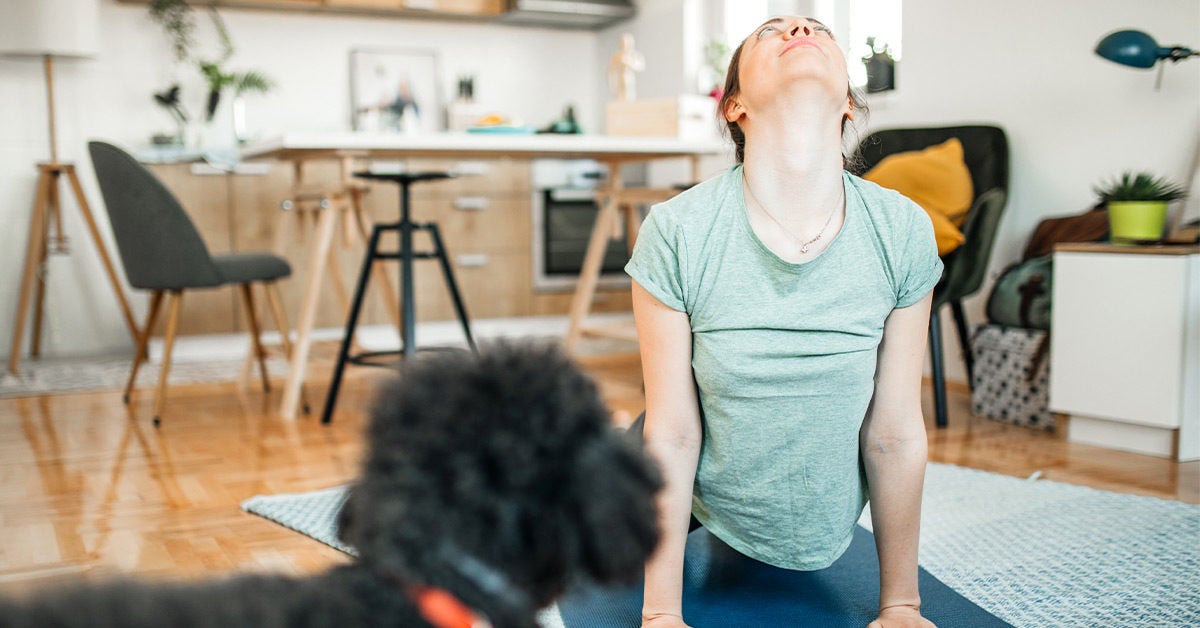 It’s been more than 2 months since self-isolation and shuttered businesses became the norm in most of North America due to the COVID-19 pandemic.

While there’s talk of gradual re-openings in some areas, we still could be more than a year away from life returning to normal.

As “quarantine fatigue” takes root, experts say it’s worth checking in with yourself and others to deal with this uncertainty in a healthy way.

“A lot of people describe being really fatigued at the end of the day,” Mary Fristad, PhD, ABPP, a psychologist at The Ohio State University Wexner Medical Center, told Healthline.

“This is due to so many reasons. One is we’re all experiencing so much change and unpredictability in our life,” Fristad explained. “A lot of people are feeling very anxious, particularly if they’re having financial difficulties, which so many people are. The extra demands of getting through the tasks of the day, when suddenly parents are supposed to be working from home and also providing education for their children, add up to an exhausting schedule for many people.”

Melissa Wesner, LCPC, a licensed clinical professional counselor and founder of LifeSpring Counseling Services, told Healthline that while there are some commonalities to the way people are responding to the pandemic, individual responses can vary.

“There are some situations that are similar across the board and other responses depend on each person’s unique life experiences,” she explained.

“For example, many people who work from home at a computer are reporting fatigue and eye strain. Even people who would not identify as extroverts are reporting missing the opportunity to physically be with friends, family, and co-workers.”

While phone calls and video chats provide a much-needed social outlet, Wesner says that these seemingly paradoxical interactions — socializing while socially distancing — don’t completely fill the void for many people.

“I’ve heard several people say that they are starting to struggle because they’re missing human interaction, physical presence, and hugs,” she said. “These individuals have commented that online communication with friends ‘just isn’t the same.’”

Jessy Warner-Cohen, PhD, MPH, a senior psychologist with Northwell Health in Lake Success, New York, adds that the pandemic makes it difficult for people to hit their optimal level of stimulation.

Warner-Cohen pointed to the Yerkes-Dodson Law, which states that people need a certain level of stimulation in order to be most efficient. Understimulation results in lowered motivation while overstimulation can cause a lack of focus.

“There is an overstimulation from constant information influx and uncertainty as to what will come from this information, and this is tiring,” she told Healthline. “There is also fatigue associated with a lack of stimulation. Not having a change in environment is difficult. People are both in an understimulated and overstimulated state, and both can result in negative impacts on mood.”

Physical fitness is something that could fall by the wayside with gyms closed and people cooped up at home.

“A lot of people aren’t exercising, so it’s very easy to get into a sedentary lifestyle, which can contribute to not sleeping well at night, which contributes to fatigue during the daytime,” Fristad said.

To combat this, Fristad suggests sticking to some kind of routine or schedule, even if it isn’t as rigid as the pre-pandemic norm.

“It’s also important to avoid unhealthy coping,” she said. “The amount of alcohol purchases has gone up dramatically since COVID-19 hit. It may be that people simply aren’t going out to bars or restaurants, but there is significant concern that some folks are turning to alcohol or other drugs as a means of managing their mood during this time.”

Fristad also emphasized the importance of finding time for yourself. Humans are social creatures, but many people have found themselves in households that feel more crowded than usual.

“It’s really important to maintain some alone time. It differs from person to person in how much we need, but we all need the ability to decompress,” she said.

While a global pandemic may not immediately inspire thoughts of gratitude, mindfulness is a useful technique during this trying time.

“It’s important to remember that people are resilient and that we have the ability to get through hard times,” Wesner said. “The pandemic and social distancing guidelines provide us with new opportunities to be creative, work differently, and come together as family, friends, colleagues, and community.”

Many people, particularly those who don’t have children living at home or who are already accustomed to working from home, haven’t seen their lives significantly disrupted.

While people in this demographic may be coping adequately, they likely have friends or loved ones who aren’t doing so well.

It may not be possible to gather with friends or give a hug to an extended family member, but technology makes it fairly straightforward to check in with friends and loved ones.

“The idea of ‘connect five’ is a great idea,” Fristad said. “If you try to reach out every day to at least five people, it can provide support for you and for them.”

“We know that being kind and charitable to other people boosts our own mood, so reaching out and being that cheerful presence for somebody else — maybe by playing a game online with them or just connecting via phone or video conferencing — is a great thing to do,” she said.