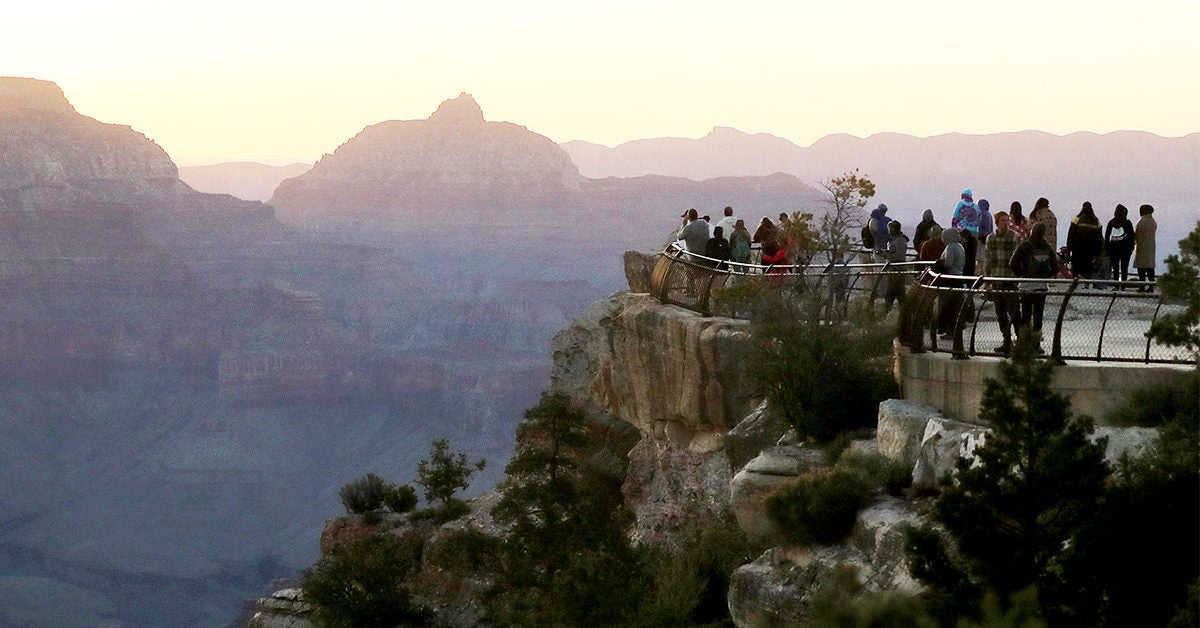 Arizona has emerged as one of the biggest COVID-19 hot spots in the country, with cases nearly two times greater than what was reported in the state around Memorial Day.

Since May 1, the number of reported COVID-19 cases has surged by about 300 percent.

There have been 36,705 diagnosed COVID-19 cases in the state, and daily cases have topped 1,000 in recent days, according to the Arizona Department of Health Services (ADHS).

Last week, the ADHS reported that intensive care beds were at 80 percent capacity. By July, the state could run out of beds, health experts predict.

Arizona lifted its stay-at-home order May 15, and people flocked to bars, restaurants, pools, and gyms.

“I live in Arizona, you wouldn’t even know there was a pandemic going on here. No masks, no social distancing, bars, gyms, restaurants, everything open at maximum capacity. It’s frightening,” Jamie, a 45-year-old living in Gilbert, Arizona, posted on Twitter June 10.

Here’s how Arizona became home to one of the worst COVID-19 outbreaks in the country.

According to Dr. Matthew Heinz, a hospitalist and internist at the Tucson Medical Center in Tucson, Arizona, the state prematurely loosened restrictions and opened back up too soon.

“Frankly, the stay-at-home order should not have been lifted [on May 15],” Heinz said.

Though the percentage of positive tests was lower than it had been in previous weeks, it was still not low enough for the state to safely reopen, Heinz says.

The Centers for Diseases Control and Prevention (CDC) release a requiring states to have a percent positivity rate of 5 percent or lower before opening back up.

The number of daily new cases also had to drop consecutively over a 14-day period before each state reopened.

Arizona did neither. The percent of positive cases was above 7 percent, and cases had not declined for 14 consecutive days.

“You shouldn’t even consider a staged reopening until you’re at or below 5 percent. Arizona never, ever did that,” Heinz said.

By late May, exactly 2 weeks after the stay-at-home orders ended, Arizona was a COVID-19 hot spot.

“We had not even gotten our first wave done and the stay-at-home orders were lifted,” said Dr. Purnima Madhivanan, an infectious disease epidemiologist and associate professor at the Mel & Enid Zuckerman College of Public Health at University of Arizona.

One of the prime reasons the virus is able to spread readily in Arizona is the relaxed mask guidance.

Citizens aren’t required but rather advised to “consider” wearing a mask when out in public. So they rarely do.

“People are sitting in the coffee shop, not even physical distancing. There’s no masks, it feels like nothing has happened,” Madhivanan said.

Research on masks show they’re effective in blunting the spread of the virus, Heinz says.

A new study from Italy published June 11 in the journal PNAS found that masks are a huge determinant in how readily the new coronavirus spreads through a community.

“Our analysis reveals that the difference with and without mandated face covering represents the determinant in shaping the trends of the pandemic. This protective measure significantly reduces the number of infections,” the researchers stated.

You have to have an almost universal compliance — about 85 to 90 percent of a population wearing a mask — to really diminish transmission, according to Heinz.

If only 50 percent of a population wears a mask, Heinz says it’s almost as if nobody is wearing them. At that level of adherence, wearing a mask won’t prevent community spread.

Masks aren’t 100 percent effective at preventing transmission, but they do drastically cut the amount of water vapor we exhale through talking, shouting, singing, even breathing (some estimates say by about 90 percent, Heinz notes).

“The masks do, very significantly, decrease the amount of water vapor people exhale — and, of course, that’s the conveyance for virus. That’s how it gets around,” Heinz said.

Another problem behind Arizona’s COVID-19 surge is its large retirement community and at-risk groups.

Older adults 65 and up are known to be more susceptible to COVID-19 complications. Plus, a lot of older people with health and lung conditions move to Arizona for the climate, Heinz says.

“We have a population that is disproportionally at greater risk compared to some other regions,” Heinz said.

The state also has a large divide in socioeconomic status.

There are a lot of people who have no choice but to go back to work or else their unemployment benefits will get taken away. They’re going back to work and getting exposed, Madhivanan says.

Indigenous communities are geographically isolated from healthcare resources, underfunded, have high rates of underlying health conditions, and live in close quarters, making them vulnerable to COVID-19.

“Absolutely,” Madhivanan said. “[States] need to watch what’s happening here and know that this is what is going to happen. It’s going to be a mirror image of this if they’re not careful.”

More than 20 other states — including Florida, which, like Arizona, has a big retirement population — are seeing new cases increase day after day.

States that are just now reopening should look at Arizona as an example of what can happen if public spaces and businesses reopen prematurely, and if safety precautions, like wearing a mask and physical distancing, aren’t enforced.

Cases will spike, ICU beds will fill up, and the chances of experiencing a second, more devastating wave will become all the more likely.

Arizona has emerged as one of the biggest COVID-19 hot spots in the country, with cases nearly two times greater than what was reported in the state around Memorial Day.

Arizona lifted its stay-at-home order May 15, and people flocked to bars, restaurants, and other public spaces.

Masks are recommended, not required, in Arizona, which health experts say is contributing to the recent spike.

On top of that, physical distancing isn’t being strictly adhered to, and Arizona is home to a large retirement community and indigenous communities more at-risk for COVID-19.