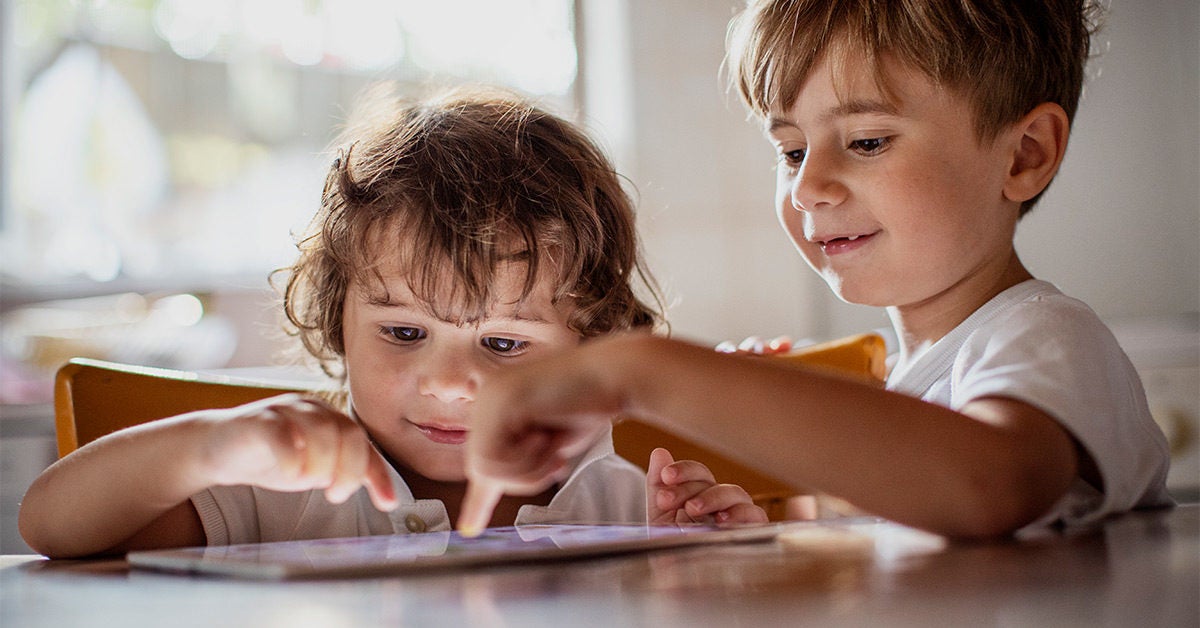 As pandemic quarantine continues, parents are running out of ways to keep children occupied. Tablets, phones, or computers are a quick solution.

But does allowing kids increased time online hurt their ability to interact with others after the COVID-19 lockdown is lifted?

A new study from The Ohio State University finds that despite the time spent on smartphones and social media, today’s young people are as socially skilled as those of the previous generation.

Researchers compared teacher and parent evaluations of kids who entered kindergarten in 1998 (years before Facebook), with children who did so in 2010.

For this study, they analyzed data from the Early Childhood Longitudinal Study (ECLS) program, which follows children from kindergarten to fifth grade.

The researchers compared information about the ECLS kindergarten group that included children who entered school in 1998 (19,150 students) with those that began in 2010 (13,400 students). Children were assessed by parents from kindergarten to first grade, and by teachers until fifth grade.

The study focused mostly on teacher evaluations, according to the study authors, because the children were followed until fifth grade.

Findings indicate that, from the teachers’ perspective, student social skills didn’t decline between the 1998 and 2010 groups. Similar patterns persisted as the children progressed to fifth grade.

Even children within both groups who experienced the heaviest exposure to screens showed similar development in social skills compared to those with little exposure, according to the findings.

“Overall, we found very little evidence that the time spent on screens was hurting social skills for most children,” said Douglas Downey, PhD, lead author of the study and professor of sociology at The Ohio State University in a statement.

“There’s very little evidence that screen exposure was problematic for the growth of social skills,” he added.

Downey added that teachers’ evaluations of children’s interpersonal skills and self-control tended to be slightly higher for those in the 2010 cohort than those in the 1998 group.

It’s important to remember that Downey was studying the effects of screen time on social development in children starting at about 5 years old.

At younger ages, excessive screen time may increase the risk of attention disorders, according to findings from the first prospective study completed on the subject, recently in JAMA Pediatrics.

The study used data from 2,152 children to conclude that greater time spent in front of screens at age 1 was associated with an increased risk of autism spectrum disorder-like symptoms.

Screening was accomplished using an autism test called the Modified Checklist for Autism in Toddlers (M-CHAT) which relies on 20 questions regarding a child’s behavior.

Researchers at Drexel University’s College of Medicine and Dornsife School of Public Health concluded that sitting a baby in front of a screen, as well as less parent-child playtime, are associated with developing ASD-like symptoms later in childhood.

Study authors point out that they only found an association with ASD-like symptoms, but not ASD.

“Our research doesn’t prove causation,” Dr. Karen Heffler, associate professor of ophthalmology at Drexel University College of Medicine, told Healthline. Heffler’s 24-year-old son is on the autism spectrum, which is what led the researcher to look for answers about ASD.

Heffler said that the COVID-19 pandemic is an opportune time for these findings to come, considering that many parents are trying to work from home while also caring for their children.

She said letting young children watch videos while you work may be far from ideal because very young children won’t learn from screen interactions as effectively as from a parent.

“If you show children something, they can imitate it, but if you do the exact same thing on a video, then they don’t imitate it,” she said. “It’s the same thing with language development; like showing an object and giving it a name in person, then a child will learn the word — but if you do it on a video they won’t, this is called a in learning.”

Heffler explained that the study on screen time and social skills is “somewhat dated,” and may not represent children’s current screen time exposure.

Now, more than half of Americans own a tablet, and children ages 8 and younger are much more likely to own a tablet or smartphone.

“In 1998 and 2010, most children were likely using cell phones to communicate, such as call or text, but not yet significantly using smartphones and certainly not using mobile devices such as tablets throughout the day like they are today,” Heffler said.

Experts say the blue light emitted by screens and the interactivity of online digital devices can reduce the amount and quality of sleep.

“Excess screen time, especially in the evening hours, and even more so just before bed, is bad for everyone’s sleep,” said Dr. Alex Dimitriu, double board certified in psychiatry and sleep medicine, and founder of Menlo Park (California) Psychiatry & Sleep Medicine.

“The blue light from the screen — yes, even the dimming features are not enough — reduce melatonin, and reduce the quality of deep sleep that our brains need,” he said.

Dimitriu also described how the interactivity of digital devices could keep people internet surfing until late at night, while you may only read a book for 20 minutes before dozing off.

He added that a screen’s brightness and stimulation actually prevents you from falling asleep, while reducing the quality of sleep.

Research finds that school-age children in 2010, despite the time spent on smartphones and social media, are as socially skilled as those of the same age in 1998.

Experts point out that this may not apply to children in 2020, because online digital devices are vastly more prevalent now.

Regardless of the effect on social skills, excess screen time at night may reduce child sleep quality — leading to poor emotional and physical outcomes.