Should You Take Aspirin Every Day? Bayer Display Reignites Debate 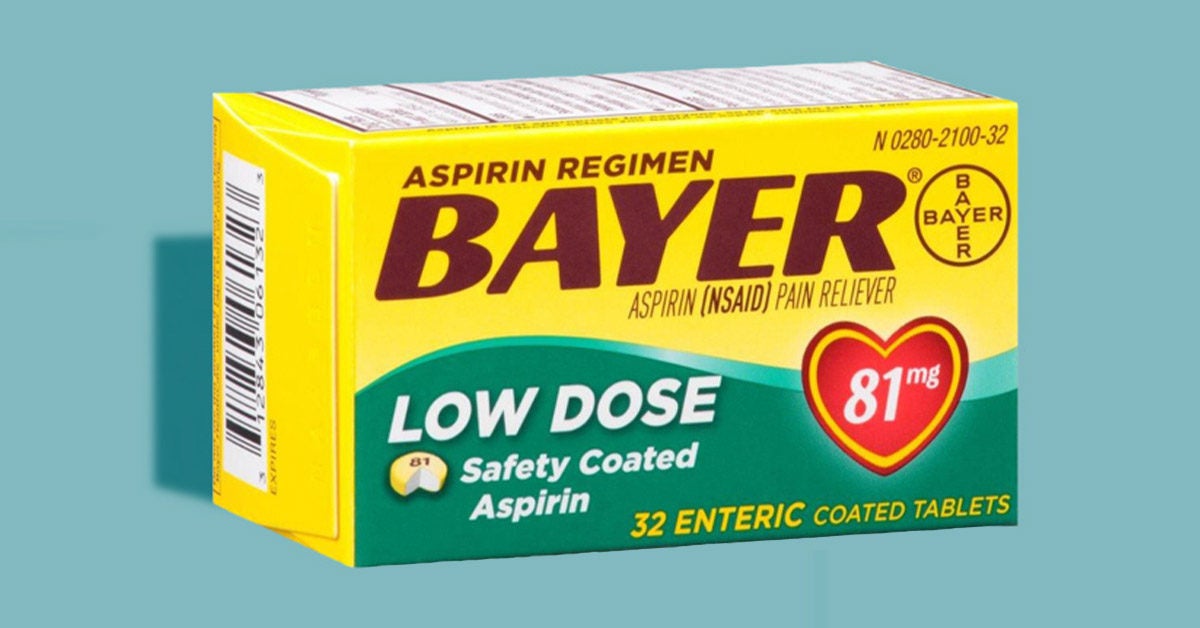 If you’re relatively healthy, should you take a “baby” aspirin every day just in case?

If it’s right there in your medicine cabinet, it could seem like an easy, inexpensive way to ward off a heart attack or stroke, right?

It’s such a low dose, how could it possibly hurt?

That’s the kind of reasoning you’ve probably heard for years, maybe even decades. But it turns out that this line of thinking runs counter to what experts are currently recommending.

In fact, the American Heart Association reports that a recent advertising campaign it was linked to may have given consumers the wrong impression.

It involved a display of brightly colored large bins in hundreds of Walmart stores across the country. Inside the bins were boxes of low-dose Bayer aspirin.

The display carried the American Heart Association logo and read: “Approximately every 40 seconds an American will have a heart attack.”

According to American Heart Association officials, Bayer had signed on as a donor to the nonprofit organization’s “Life Is Why We Give” campaign.

The campaign is designed to inspire consumers to live healthier, longer lives. During February, Bayer was to activate a marketing display at 1,300 Walmart stores around the country.

“We regret that consumers may have been confused by the displays,” Julie Sharpe, vice president of national corporate relations at the American Heart Association, told Healthline. “We apologize for this misstep.”

Bayer does have a warning on the packaging that reads: “Aspirin is not appropriate for everyone, so be sure to talk to your doctor before you begin an aspirin regimen.”

But Sharpe says the association failed to follow its own standard internal review processes.

“As a result of this human error, the promotional bins lacked the precise language we feel would have helped consumers understand the need for people to speak with their physician before beginning an aspirin regimen or therapy,” she said.

Sharpe adds the promotion was supposed to run through the end of February. The bins were being pulled when the questions arose.

The group evaluated multiple recent studies that showed the benefit of taking daily low-dose aspirin for people whose risk for heart disease was low or moderate was outweighed by the danger of internal bleeding.

The team did recommend the therapy for what’s called secondary prevention.

“Our guidelines clearly indicate aspirin may be appropriate for some people for prevention of another or second heart attack,” Dr. Eduardo Sanchez, chief medical officer for prevention for the American Heart Association, told Healthline. “However, the decision to add aspirin as therapy should be done with a doctor’s consultation.”

“Only select patients — those who are 40 to 70 years old with other existing risk factors for cardiovascular disease, like obesity, diabetes, blood cholesterol, high blood pressure, or smoking — might be considered to take a daily low-dose aspirin as a first line prevention of [cardiovascular disease],” Sanchez said.

In 2011, Saunders was diagnosed with bilateral subdural hematomas, or bleeding on both sides of her brain. Her doctors told her the condition was likely the result of taking low-dose aspirin for more than a decade.

Saunders told Healthline that about 15 years before, a routine physical found she had prolapsed heart valves. She didn’t have any symptoms, but a cardiologist recommended she take low-dose aspirin to prevent any complications down the road.

She says her symptoms developed slowly.

First, there was a pain above her left eye. Then she began stumbling and losing her gait. At the time, she was an operating room nurse.

Saunders happened to read an article in a nursing journal that said in some cases, aspirin could cause bleeding on the brain.

She made an appointment to see a neurosurgeon. A CT scan revealed the blood clots, and she was rushed into surgery.

Saunders is adamant that people need to know that daily aspirin can have serious consequences for some people.

“There needs to be some kind of public service announcement to get the word out,” she said.

But getting the message out about who should take daily aspirin isn’t easy.

In a published last year, researchers from Beth Israel Deaconess Medical Center and Harvard University in Massachusetts looked at how widespread daily aspirin use might be.

They asked 14,000 men and women over the age of 40 if they’d been prescribed low-dose aspirin daily or if they were taking it on their own.

They also found that more than 6 million of them do so without a doctor’s recommendation.

The researchers suggested that primary care doctors should talk to patients about aspirin use, and that more people should ask their doctors about it.