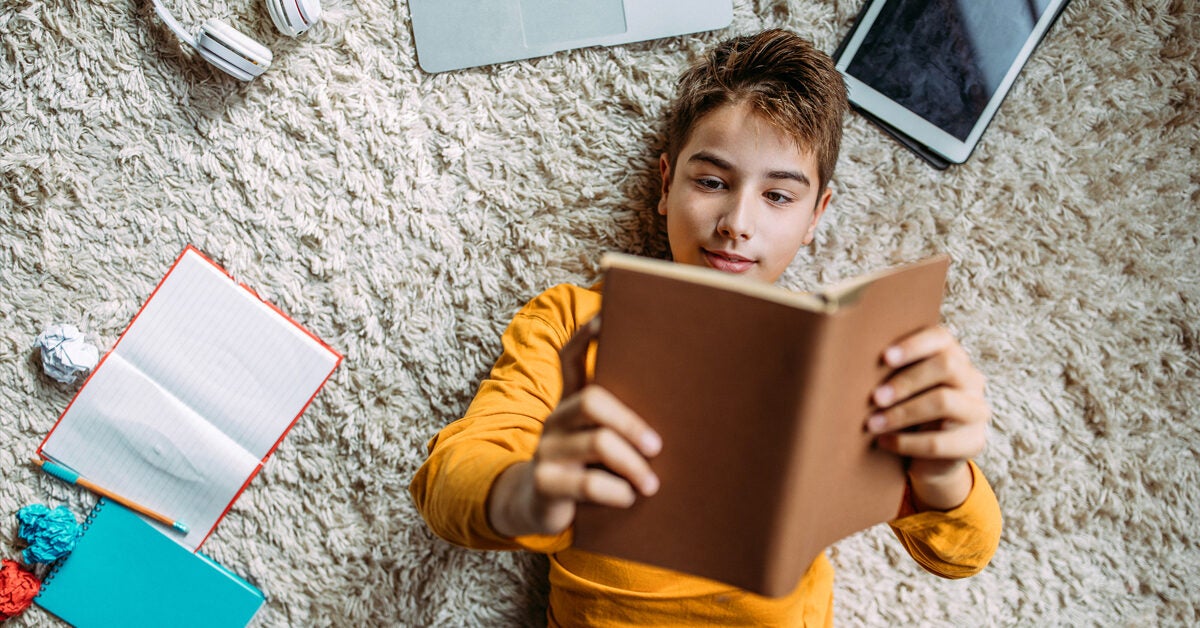 A group of researchers in South West England suspected that young teens who were remote schooling due to the COVID-19 pandemic might be feeling more anxiety.

They reasoned that many teens would be feeling worried about friends and family becoming ill. Also, they would have less social support due to being isolated at home.

When they conducted a survey, however, what they found was surprising to them: the students were actually experiencing less anxiety.

In addition, they were experiencing other benefits, such as a greater feeling of well-being and more connection to their schools.

The study, which was conducted by researchers at the University of Bristol, made use of an already ongoing study dealing with social media use and teen mental health.

The participants had already done a baseline survey prior to the pandemic in October 2019.

To assess the impact of the pandemic, another survey was done during the April/May time frame.

Over 1,000 year-nine students from 17 secondary schools in South West England were involved in the study. Year nine is the equivalent of the eighth grade in the United States.

The team found that 54 percent of 13- to 14-year-old girls were at risk of anxiety prior to the pandemic, with that figure dropping by 10 percent during lockdown.

Twenty-six percent of boys in the same age group were at risk during the initial survey, compared to 18 percent during lockdown.

Many students also reported feeling a greater connection to their schools with increased opportunities to talk with their teachers.

Among girls, increased feelings of well-being and reduced anxiety appeared to be linked to increased social media usage.

Emily Widnall, MSc, who was the lead author of the study, said that she and her team were surprised when they saw the results of the survey.

Many people, including child health experts, were expecting to see increased anxiety.

“However when taking a step back,” she said, “we know that school for many young people can be quite anxiety provoking in terms of exam pressures and challenging peer relationships including bullying.

She said that her team plans to do further research to address why the school environment contributes to anxiety and how school culture can be more supportive of teen mental health.

She added that it is “key that we keep a close eye on young people’s mental health and well-being on return to school as we may well see a spike in anxiety, particularly for those who felt less connected to school pre-pandemic and therefore are likely to have adapted well to lockdown.”

She further noted that young people were reporting being more connected than ever despite not physically being at school.

“It may be that digital platforms could play a bigger role in the future in terms of use as a learning tool in schools,” she said.

Frank A. Ghinassi, PhD, ABPP, President and CEO for Rutgers Health University Behavioral Health Care, who was not involved in the study, explained that there are several key factors that drive depression and anxiety among teens.

He emphasized, however, that stability is key for children in this age group.

Teenagers need someone who “can be a consistent source of counsel, support, trust, and love,” he said. “Someone or some group of family and/or friends who values their worth, in a non-judgmental way…”

On a day-to-day basis, Ghinassi suggests that parents do things like encouraging regular routines of sleep, eating, and exercise.

In addition, they can help foster a feeling of self-protection and resiliency in their child by encouraging them to wear face coverings, wash their hands, and practice physical distancing.

Widnall suggests that parents should be aware that children may struggle as they return to school following the summer break.

They have gone through big changes, she explained, and school will look very different this fall.

There will be new safety protocols in place due to COVID-19, such as physical distancing and face coverings.

She suggests that parents speak with their children and offer them reassurance.

She also recommends that parents keep an eye out for signs of anxiety and that they communicate any concerns that they have with their child’s school.