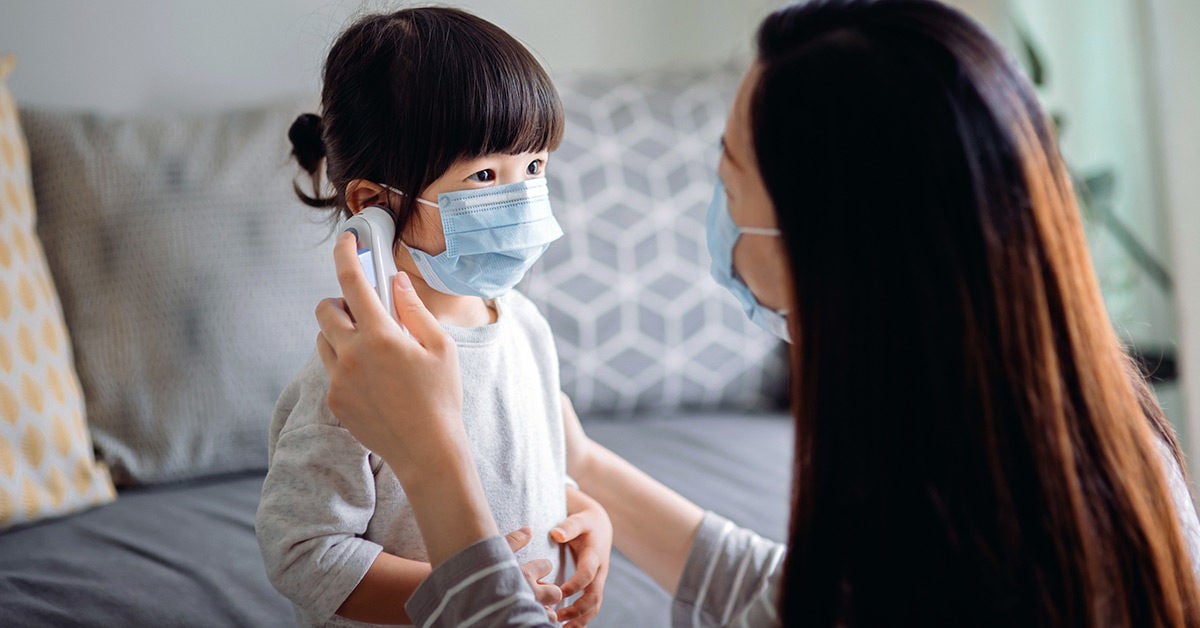 This is what the Children’s Hospital of Los Angeles’ website tells parents about COVID-19 testing:

“In the vast majority of cases, children still don’t need to be tested.”

At Children’s Healthcare of Atlanta, a similar refrain:

“Most children with COVID-19 infections have mild symptoms, such as fever and cough, and do not require medical care,” the hospital network advises. “For most with mild symptoms, testing is not necessary and does not alter the course of clinical management or at-home supportive care.”

At many testing sites across the country, children and adults of all ages can get tested to determine whether they’ve had an infection with the new coronavirus or active disease.

However, in some regions, testing is restricted to adults or children over a certain age — 2 or 3 years old in many cases.

Experts say that even with less severe symptoms, lack of testing among children could make it more difficult to contact-trace infections and stop the spread of COVID-19, especially as many states are poised to reopen schools in some form.

Earlier in the pandemic, when tests kits were more scarce than they are today, doctors and hospitals limited who could receive tests based on severity of symptoms.

The availability has expanded since then, but children are still a lower priority.

“If you look across all of the tests that we’ve done… the portion that has been the lowest-tested portion is the under-10-year-olds,” Dr. Deborah Birx, the White House coronavirus response coordinator, said at the July 8 White House Coronavirus Task Force briefing.

“Early on, we said: ‘Test if you have symptoms.’ And now we know that if you’re under 18, the majority of you don’t have symptoms. [So] our data is skewed originally to people with symptoms and then skewed to adults over 18,” she said.

He notes that limited testing of children could give us an imperfect picture of the virus’s spread.

“I think it is important to look at how we are handling overall testing, and are we testing symptomatic people only?” Schlesinger told Healthline. “Since children appear to be asymptomatic carriers, when we don’t test asymptomatic individuals, we run the risk of not finding carriers and are not able to contact-trace.”

Now, with the virus surging across the country, critical testing capacities are being strained, which could limit that tracing further.

“In [places] like San Antonio that have been overrun with cases, testing everyone just isn’t feasible, so tough decisions need to be made on testing,” Schlesinger said.

Unless testing capacity increases rapidly and more children are able to receive COVID-19 tests, schools may have difficulty staying open with students present even if they do reopen in just a few weeks.

“Lack of testing can affect the reopening of the schools because without knowing what the risk of COVID-19 is for the population, we cannot assess how bad a second wave might be,” Dr. Maria M. Molina, a pediatrician with Somos Network in New York, told Healthline.

“Overall, a lack of testing puts everyone at higher risk, and schools are simply places where you have large numbers of people congregating,” Schlesinger added.

“Taking precautions to socially distance children is going to be a challenge. I know teachers and school administrators are doing everything they can to keep children and each other safe, but this is a disease that is likely to spread the more people you have in one room,” he said.

School-based COVID-19 testing for children is a critical component to getting schools reopened safely, according to Dr. Benjamin P. Linas, an associate professor of epidemiology and an infectious disease physician at Boston University School of Medicine in Massachusetts.

“That seems straightforward, but it’s not,” he wrote for Vox. “The community does not yet have adequate testing, contact tracing, or isolation. Schools currently have nothing. It requires building new capacity in schools for testing and contact tracing. It requires a budget. It requires a formal plan. Ideally, that budget should come from the federal government and be directed to states and ultimately school districts, as part of a national COVID-19 testing strategy.”

“Ideally, a school would know if their students are virus-free at the beginning of the school year and institute strict policies about mask-wearing, social distancing, and handwashing. This could establish a school community ‘bubble’ where everyone is negative for the virus,” Dr. William W. Li, physician, scientist, and author of “Eat to Beat Disease: The New Science of How Your Body Can Heal Itself,” told Healthline.

“However, schools inherently have a lot of outside contacts, and every administrator, teacher, staff, and student can be exposed outside of the classroom, so a second key to testing for schools would be the ability to swiftly test a student that has symptoms, especially during the flu season, and if positive for the coronavirus, to quickly isolate them and then trace and test their contacts at the school,” he said.

“There would be a big task for schools to undertake, but also a big opportunity to help schools around the country, and around the world, safer,” Li added.

If there’s a silver lining, it’s that some early research suggests that child-to-adult COVID-19 transmission might not be nearly as common as transmission among adults.

That is, in part, possibly because children with their milder symptoms aren’t coughing and spreading the virus around as much.

A summary of two studies in a prepublication commentary in the journal Pediatrics suggests that children “do not appear to be significant drivers of the COVID-19 pandemic,” especially elementary school-aged children with the lowest infection risk.

That could have implications for how safe returning to school might be, although teachers would still have to be careful about viral exposure from each other.

“While two reports are far from definitive, they provide early reassurance that school-based transmission could be a manageable problem and school closures may not have to be a foregone conclusion,” the summary authors wrote.