What We Can Learn from Countries That Have Already Reopened 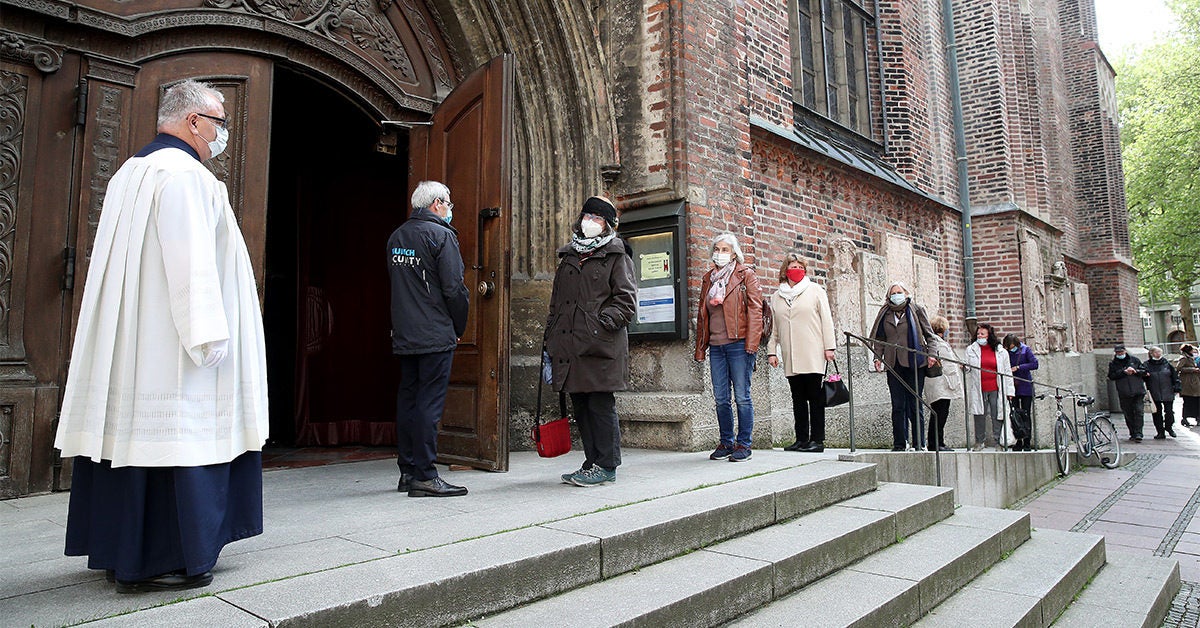 Germany is starting to reopen its businesses and society ahead of most other Western countries.

The ability to lift restrictions has been attributed to testing that began early during the COVID-19 pandemic and was made widely available, even to people with mild symptoms.

However, Germany is keeping a close eye on its reopening, hoping to avoid what has happened in places such as northern Japan, where a second wave of COVID-19 hit after that country reopened, forcing it to reinstitute restrictions.

As some regions of the United States begin to reopen businesses, the experience from places such as Germany, Japan, and South Korea could provide valuable lessons and guidance.

After a partial reopening in late April, Germany announced last week that all shops can open and students can gradually return to class over the summer term with physical distancing and mask requirements still in place.

Some regions will allow restaurants to open. The Bundesliga soccer league will be the first major European sports league to resume play, albeit in empty stadiums.

The road to recovery began in January, when a cluster of cases in Munich spurred German authorities to ramp up testing and contact tracing before the new coronavirus was widespread in the country or elsewhere in Europe.

From late February to late March, an estimated 120,000 people in Germany were being tested for the virus each week.

“Germany had a heads-up because it was watching Italy,” said Sudha David-Wilp, senior transatlantic fellow at the German Marshall Fund think tank.

“It was preparing by freeing up ICU beds and PPE, and rolling out testing. It was very resourceful in taking the necessary steps to prepare, but also lucky because it wasn’t on the front lines like Italy and Spain as well,” she said.

But now, after seeing the infection rate in the country decline, photos abound of Germans enjoying the sun at beer gardens and strolling through shopping centers.

Like the United States, Germany has a federal system that allots power to regional states. In the plan agreed upon by Chancellor Angela Merkel and regional leaders on May 6, the regional leaders reportedly agreed to an “emergency brake” that would reimpose restrictions should infections rise above a certain threshold in a region.

Outbreaks among workers at meat processing plants have reportedly triggered that “brake” in two districts.

And over the weekend, concerns grew about a new uptick in the reproduction rate of the virus in Germany.

That “R” rate estimates how many other people someone with the new coronavirus would be expected to infect. The ratings went above 1 over the weekend, the threshold that typically indicates a virus is likely to spread quickly.

The short-term uptick — after weeks of that R rate declining — was filled with uncertainty, however, because it was based on a small amount of data and information about cases from at least a few days ago.

“It is therefore still not possible to assess whether the decreasing trend in the number of incident cases observed over the past few weeks will continue or whether case numbers will again increase,” the Germany’s public health agency, the Robert Koch Institute, said in a statement. “The increase in the reproduction number R makes it necessary to observe the development very closely over the coming days.”

The United States and the rest of world will also be watching closely to see whether that infection rate continues to stay above 1, even in a country as successful at fighting the new coronavirus as Germany.

Japan and other places are different stories.

Some Asian countries are a bit ahead of Germany in terms of the virus’s impacts — and attempts at reopening.

But there were no new cases on March 17, and the economic impacts were piling up in the agriculture- and tourism-dependent regions.

Three weeks later, there were reportedly 18 new cases in one day, a record. By the time restrictions were reimposed April 14, cases had jumped by 80 percent.

Dr. Kiyoshi Nagase, the chairman of the Hokkaido Medical Association, summed up the situation for Time magazine: “Now I regret it, we should not have lifted the first state of emergency.”

South Korea was widely praised for its response, which also involved early and widespread testing. The country never required as extensive a shutdown as in the United States and European countries.

Schools, one of the institutions that were closed, were set to begin reopening this week. The professional baseball league has already resumed play, and there are hopes that fans might be able to attend starting in June.

Some physical distancing guidelines were loosened last week with nightclubs, houses of worship, museums, and other venues starting to open.

Now, those plans may be in jeopardy.

It only took one person.

A man who later tested positive for COVID-19 visited several clubs in Seoul late last week, leading to 13 new cases and potentially coming into contact with more than 1,500 people.

In China, where the pandemic began, restrictions had also begun to be loosened. But in some cities — including the virus’s ground zero — the restrictions have already been reimposed.

Five new cases were reported in Wuhan on Monday. A small number compared to a few months ago, but perhaps an indication that the virus will spread even in places with Draconian, extensive public safety measures if given a window.

So, what’s the biggest takeaway from all these experiences?

“The general trends are two things seem to be important, pretty much: testing extensively and then following up on the testing with case investigation and contact tracing,” Dr. William Schaffner, an infectious disease expert at Vanderbilt University in Tennessee, told Healthline.

How well extensive testing and tracing will work in a country as large, interconnected, and averse to surveillance and restrictions as the United States remains an open question.

In the United States, protesters have ignored physical distancing orders to speak out against shutdowns that, by global standards, have thus far been relatively short and lax.

Those nine included several of the states starting to reopen, but it didn’t include Colorado, Florida, Georgia, or Texas, all of which have also started reopening.

“If you had asked (public health experts) what would be the most important thing during a pandemic, 95 percent of us would have said clear communication,” Schaffner said.

“In countries where the response has worked, there’s been a clear articulation of the problem and the plan,” he explained. “I think it’s got to be recognized that communication around COVID has been chaotic in the U.S.… That’s not a political statement; it’s a public health statement.”

In Germany, David-Wilp says Merkel and other officials announced from the start that the restrictions are “an imposition on democracy and that civil liberties are being curtailed.”

She thinks that transparency about the sacrifices needed has helped get buy-in and cooperation.

A reliance on science — and having a leader like Merkel, who began her career as a research scientist, likely helps — may also help with decision making and communication around shutting down and reopening.

“It seems like (Germany) is making decisions based on numbers. Not sure if that’s the case in the U.S.,” David-Wilp said.

In the United States, some states are already beginning to reopen, even as cases and deaths continue to rise in the country.

But Columbia University modeling released last week predicted a significant uptick in new COVID-19 cases later this month in 23 of the 25 states that are or are planning to begin reopening.

It found that spike would rise more sharply if restrictions were continued to be loosened further.

“If stay-at-home orders in these states had been maintained, cases would likely have declined,” a statement accompanying the findings said.

It’s too late for that in most of these states. But is there anything else that can be done to avoid this uptick?

“If everyone maintains strict social distancing in restaurants, theaters, nail salons, etc., and wears face masks, it is possible that these compliance measures could prevent a rebound. But I doubt the level of compliance needed will be realized,” said Jeffrey Shaman, Columbia professor of environmental health sciences and a lead researcher on the modeling project, told Healthline.

“Aggressive testing coupled with contact tracing and quarantine (the most important aspect) can root out infections in the community and limit transmission,” Shaman said.

He adds that more testing is needed, but “ramping up testing is not going to happen in time.”

Relying on measures like Germany’s “emergency brake” isn’t enough on its own.

“That brake… is nice, but there are lags in the system… The consequence is that cases we see today represent infections acquired (about 2) weeks ago,” Shaman said. “By loosening restrictions but not actively looking for infections in the community, a country would have to wait 2 weeks before beginning to detect any rise in infections.”

That could potentially lead to 2 weeks of rampant spread before the brake is activated and a shutdown is reimplemented.

Among the states expected to see an uptick of cases due to reopening is Schaffner’s home state of Tennessee.

“In our state, I think the communication has been really pretty good,” Schaffner said.

He cites the decision to “smartly” allow major cities like Nashville to make their own decisions about reopening, “because their situations are likely to be different.”

However, Schaffner sees some potential trouble.

“We’re already a little worried here in Nashville. We see some people, shall I say, not adhering to social distancing guidelines,” he said.