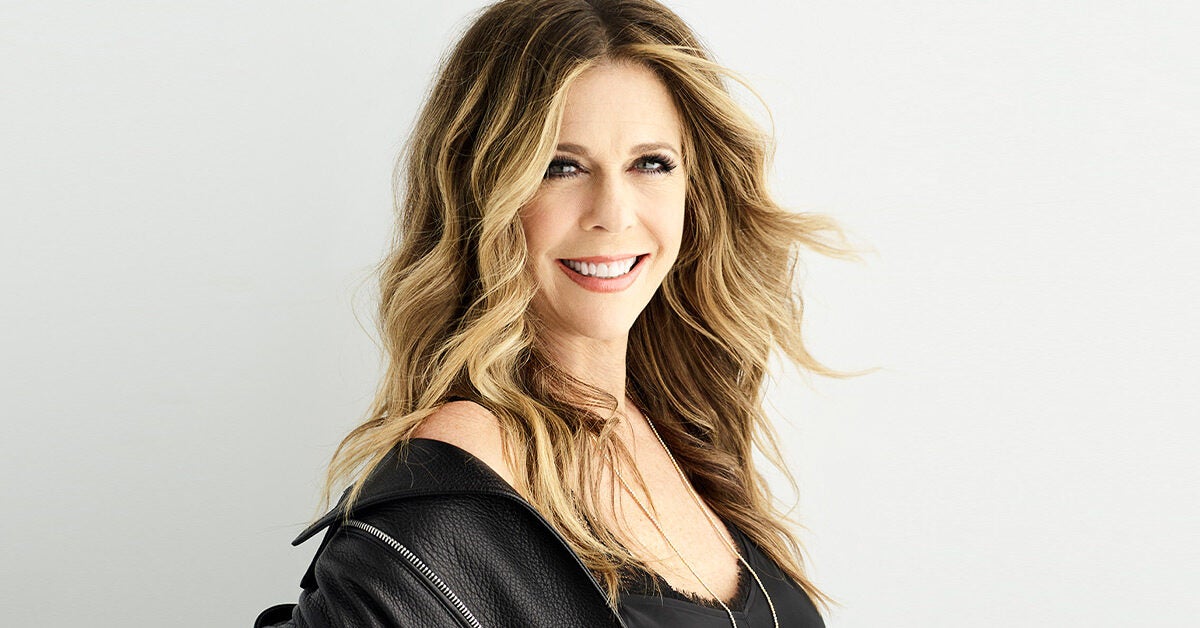 In early March, Rita Wilson and husband Tom Hanks were staying in Australia while Hanks filmed a movie and Wilson performed two concerts.

“I had a great show on Saturday night at the Sydney Opera House and everyone was superconservative — not shaking hands and not touching. Every once in a while, someone would come within 6 feet, but we were vocal about the coronavirus handshake of putting up your elbow,” Wilson told Healthline.

The next day, she took a tour around the Sydney Harbour.

“That afternoon, I started feeling really achy and tired, and I thought it was because we were out in the elements and maybe I was jet-lagged,” Wilson said.

However, the next day, she began feeling more uncomfortable and developed a fever and chills. After getting tested, both Wilson and Hanks learned they were positive for COVID-19.

“The chills turned into a bad fever and massive headache that felt like a band around your head. The fever started to spike and I was in the hospital for 2 days,” Wilson said.

While she was treated with chloroquine, she’s not sure whether it was effective. After being released from the hospital, Wilson says her symptoms got worse on days 5 and 8, as her fever continued to rise. She developed nausea, vertigo, and lost her sense of taste and smell.

“It was really uncomfortable, and [I] was so tired… The whole thing took about 3 weeks with the main symptoms abating after about 2 weeks, and then the third week was really just feeling so tired and exhausted and having a bit of brain fog too,” she said.

Wilson fully recovered with no lingering symptoms or side effects, but she says she’ll never forget the experience.

“It’s unlike anything I’ve ever had before… It wasn’t mild fever, mild chills, mild nausea. It was the extremes of those things. Stuff that felt like, ‘Wow, is this ever going to end?’”

Wilson tested positive for coronavirus antibodies, which gives her some peace of mind. However, as flu season nears, she’s planning to keep herself as healthy as possible.

“The antibodies diminish, and we don’t know if we’re going to be immune for a long period of time, and COVID isn’t really going anywhere,” she said.

Having had influenza in the past, and being in her 60s, Wilson is prioritizing getting the flu shot during the pandemic.

“I know I don’t want to get the flu. I had the flu and missed Christmas one year, laying on the couch with a horrible aching body. I don’t want to miss one day of my life with people I love, so I’m going to get my flu shot, and I’m going to stay hydrated and wear a mask and wash my hands and social distance, because [that’s all] still really important to do,” she said.

Wilson says she also gets the flu shot to help others.

“The way I look at it is, we wear masks to take care of the people that we love and make sure that people we care about in our community aren’t at risk. [Just like] if someone you care about gets in the car: You ask them to put on their seat belt. I [put the flu shot] in that same category. Just do what’s safe,” Wilson said.

To make her message public, she partnered with the American Nurses Association (ANA) and Sanofi Pasteur to support their campaign, “The Race to 200 Million.”

It’s an educational program that encourages everyone — especially the 200 million people over the age of 50 and those who have chronic health conditions who are most at-risk for flu-related complications — to prioritize their flu shot this year.

“The health system can get overwhelmed, and who’s there to help us? Nurses. Doctors. Emergency room technicians. If you can eliminate 200 million people from getting the flu and going to the hospital, that’s a lot of people removed from overwhelming the health system that might be in crisis again with COVID-19,” Wilson said.

“This time of year, and well into the winter, we start seeing lots of cases in the hospital and healthcare facilities [of people] who have seasonal flu, so as much as we can mitigate against those numbers, [the better],” Hatmaker told Healthline.

She says the reasons many people say they don’t get the flu shot is because they forget, didn’t get around to it, or they had a mild reaction from the vaccine in the past.

Dr. Ashwin Vasan, epidemiologist and professor at Columbia’s Mailman School of Public Health, adds that people over 50 and those with chronic health conditions are at increased risk for infection, complications, and death from both COVID-19 and influenza.

“So, it’s especially important that these high-risk groups get vaccinated against flu, while also practicing safe hygiene, physical distancing, and mask-wearing that will protect them from both flu and COVID.

“The end goal is that everyone, but especially those at highest risk of getting seriously ill, employ as many strategies as possible to reduce their risk of getting infected with either infection, as much as possible,” Vasan told Healthline.

He says the following four myths about the flu vaccine keep people from getting it:

Because most people aren’t in a high-risk group, they don’t think of the flu as a fatal illness.

However, Vasan says people don’t recognize that it’s still important to protect themselves and others, as flu is predominantly spread from person to person through respiratory droplets and secretions.

“Even healthy people can get the flu, but especially people whose immune systems are vulnerable, and while most people will recover, some can develop serious complications, like kidney failure, inflammation of the brain, and other bacterial infections that can be life threatening or cause long-term problems,” he said.

The flu vaccine is adjusted every year, based on the previous year’s knowledge of what strains of flu are circulating in different parts of the world.

“The vaccine developed is usually specific to one or more of the most common strains but is not 100 percent effective. No vaccine is, but usually the flu vaccine is highly effective. What’s most important is that you protect yourself and others from getting the flu, especially the most vulnerable, by getting vaccinated,” Vasan said.

Myth #3: You can get the flu from the vaccine

The flu vaccine is an inactive version of the virus, and therefore can’t infect you, says Vasan.

“Any low fever, mild pain, or fatigue felt after the vaccination is a normal reaction to immunization and improves within a day or two. The flu vaccine has been proven to be safe over decades of use, and side effects of any kind, let alone serious ones, are extremely rare,” he said.

Myth #4: You can’t get the flu shot if you’re pregnant

If you’re pregnant, Vasan says it’s especially important to get the flu vaccine because pregnancy weakens the immune system.

“The flu vaccine is safe at any stage of pregnancy, as it is an inactive vaccine incapable of causing flu infection or dangerous side effects that could affect the mother or fetus,” he said.

Wilson is grateful that her and her husband fully recovered from COVID-19. She’s especially thankful for the ability to continue producing her music. During quarantine, she worked with songwriters virtually and released several songs, which she believes resonate with the times.

For instance, the song “Where’s My Country Song?” is about everyday women.

“I thought about my own mom who raised three kids and did it beautifully, and I thought about frontline workers because The New York Times had an article that said 75 percent of frontline workers are female, and that made me think about how sometimes in music the women we hear about are idealized: We’re so hot. We’re so strong. We can do anything.

“I thought about women that aren’t so idealized and are just trying to make ends meet and trying to do the best for themselves and their families,” Wilson said.

Another song, “When This Is Over,” is about hardships. She collaborated with Jimmie Allen on the song.

“But really it can be translated into quarantine and what we’ve learned from the experience, and how we want to move forward after coming out of the other side, if we are lucky to do that,” Wilson said.

Vasan hopes the biggest lesson learned during the pandemic is that science has an important place in ensuring everyone’s health.

“The best way we can encourage flu vaccination is to restore trust in science, in scientists, in public health, and in public institutions, and to work to foster this along with a sense that we are all in this together, that health is something we can create collectively, and is not just an individual concern,” he said.

The decisions people make about vaccination affect more people than just themselves, he adds.

“It affects your family, your community, and the wider world you interact with… Politicization of science and public health is a threat to us all, and as we’re seeing now with COVID, to our way of life.

“Vaccine hesitancy has led to a resurgence of vaccine-preventable disease such as measles, polio, and others in the U.S. and around the world, and it has been identified by the WHO as one of the over the next decade,” Vasan said.

If you’re concerned about going into your doctor’s office or public facility to receive the flu vaccine because of COVID-19, Hatmaker notes that healthcare providers and pharmacies are instituting new protocols to ensure people feel safe, such as requiring masks, providing temperature checks, and decreasing waiting room attendance.

“If people are mindful about the precautions that we all should take right now [and] wear a mask, wash hands well, stay distant from anyone who is not taking precautions, they don’t need to be fearful for getting needed care right now,” she said.