Why We May Run into PPE Shortages Again 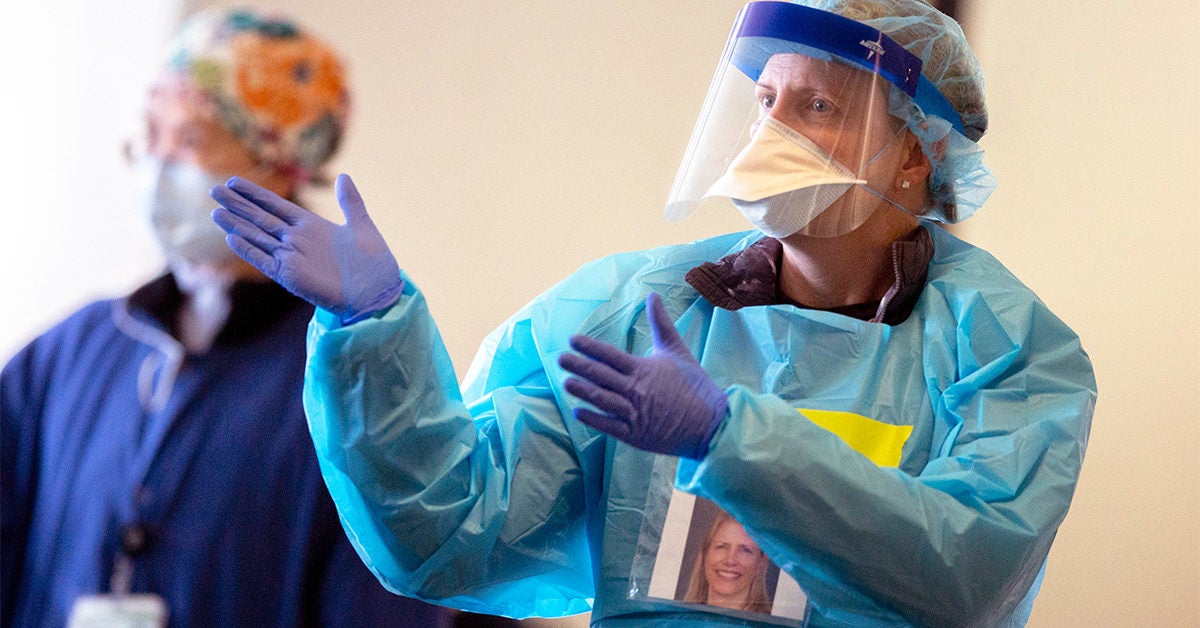 Healthcare workers in some U.S. states are encountering shortages of masks, gowns, face shields, and gloves — an ominous replay of what happened early during the country’s pandemic.

The equipment shortages come as areas of the country hard-hit by the new coronavirus are adding ICU beds and bringing in staff from other states to keep up with surges.

But healthcare workers are especially worried about the lack of personal protective equipment (PPE) because it’s their main defense against COVID-19.

“This is extremely concerning. We have had to face ongoing shortages in many areas of healthcare throughout this pandemic,” said Dr. Sherrill Brown, medical director of infection prevention at AltaMed Health Services, a federally qualified healthcare center serving Los Angeles and Orange counties in California.

Many reports of equipment shortages are coming from states in the South and Southwest, areas that are seeing continuing rises in COVID-19 cases and hospitalizations.

The New York Times reports that doctors at a hospital in Houston have been told to reuse single-use N95 respirators for up to 15 days.

And at a hospital in Florida, N95 respirators are in such short supply that medical staff outside the COVID-19 wards are being asked to use surgical masks instead, which provide less protection.

A survey conducted by the National Nurses United (NNU) union found that 87 percent of nurses had to reuse single-use masks or respirators. Seventy-two percent had exposed skin or clothing when caring for patients with a suspected or confirmed case of COVID-19.

The results are from April and May, but Deborah Burger, the organization’s co-president, told the Times that almost 5 months into the pandemic, the country is still “putting people’s lives at risk because we don’t have enough P.P.E.”

These risks are very real.

The Kaiser Health Network reports that at least 795 American healthcare workers have “likely died of COVID-19 after helping patients during the pandemic.”

Some healthcare workers are pushing back for better protection. This week a Florida affiliate of the NNU filed complaints with the Occupational Safety and Health Administration (OSHA) over unsafe conditions at several hospitals in the state, including PPE shortages, reports the Florida Phoenix.

“We cannot expect our healthcare workforce to sacrifice their safety in order to continue to work,” Brown said. “This would be like sending soldiers into war without any helmets or armor.”

“Now that individual [physician] practices and dental offices are trying to open up, they are finding it difficult to obtain the desperately needed PPE in order to conduct their businesses safely and protect their staff members,” Brown said.

He added that it’s unclear “whether the central problem is in the availability of raw material, production backlogs, gaps in the distribution systems, or some combination of all three.”

Surging COVID-19 cases, of course, have had a hand in the shortages, especially with cases currently rising in all but four U.S. states.

Supply chain issues have also plagued the U.S. response from the beginning of the pandemic. Many states created task forces to deal with these kinds of issues.

The Guardian reports that supply chains in some states are normalizing, including Connecticut, which was once a hot spot but is now seeing declining cases.

But other states, like Washington, are still struggling to obtain PPE “domestically and internationally.”

Small hospitals, including those in rural areas not affiliated with a larger healthcare system, as well as independent doctors’ practices, may have a harder time placing orders for PPE.

Many of these providers didn’t use PPE at all before the pandemic, so they don’t have existing contracts with suppliers.

Also, some suppliers with inventory demand minimum orders — along the lines of millions of masks — which is well beyond what most small providers need.

Peter Ross, CEO and co-founder of Senior Helpers, a national in-home care company, faced this early on in the pandemic as he tried to obtain enough PPE to distribute to the company’s locations across the country.

“Part of the challenge initially for us was that vendors weren’t dealing with the average small home care company, because they weren’t able to buy the volume they were trying to sell,” he said.

Even the government’s Strategic National Stockpile and FEMA have limited supplies of gloves, goggles, and gowns, reports Business Insider.

FEMA is working to deliver more protective equipment to the states, but has only delivered a fraction of the supplies requested by the states.

The shortages are severe enough that a grassroots movement called GetUsPPE.org, founded in March by doctors and medical researchers, is still helping get supplies to healthcare workers.

Some people have expressed frustration that President Trump’s delayed use of the Defense Production Act has contributed to these shortages. This 1950s-era law allows the federal government to compel manufacturers to make equipment and supplies needed during a national crisis.

One company “lacked a realistic plan to acquire masks” and charged “more than three times the manufacturer’s price,” according to a letter obtained by NPR from the chairman of the bipartisan Select Subcommittee on the Coronavirus Crisis.

Brown says she and her colleagues were initially concerned that they wouldn’t have enough PPE — specifically N95 masks, face shields, and gowns — for the anticipated surge in patients with COVID-19.

But we were “fortunate to have the forethought and resources to be able to quickly identify and purchase PPE from sources all around the world in order to supplement our stock,” she said.

Likewise, Ross started searching early for supplies, but he says it wasn’t easy.

“I was basically working around the clock talking to China, India, and all across the world to find PPE,” he said. “I probably bought it from five or six different vendors.”

Brown says they also found ways to conserve their supplies while still maintaining staff and patient safety. This included buying nondisposable items that could be easily cleaned and used over a longer period.

They’ve also developed a process for cleaning face shields to allow for safe reuse. And they’re working on a way to disinfect and reuse their N95 masks as well.

However, Brown says these kinds of innovations should be done with caution.

“In order to put these alternative strategies in place, a great deal of education needs to be provided to the staff to be able to follow these recommendations in a safe way,” she said, “so that they do not accidentally expose themselves to infection or contaminate clean environments.”