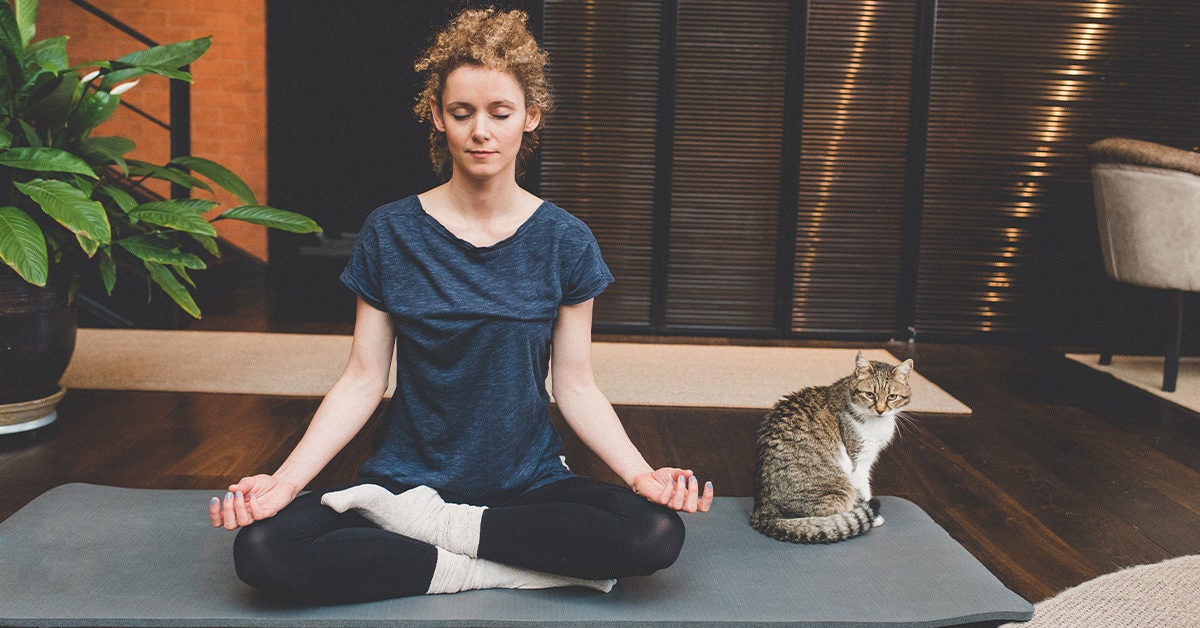 Spending time on a yoga mat could do wonders for people with migraine. Those who added yoga to their routine found it provided better relief than medication alone.

A study in Neurology suggests that yoga could reduce frequency, duration, and pain from migraine. It supports showing that yoga can be effective in alleviating migraine.

Only about half the people who take medication for migraine experience relief, noted Dr. Rohit Bhatia, lead author from the All India Institute of Medical Sciences.

Bhatia evaluated 114 people between the ages of 18 and 50. They all had episodic migraine, which is defined as having 4 to 14 headaches per month. The people were randomly assigned into two groups: those only on medication and those on medication who also practiced yoga.

Both groups were given appropriate medications and counseling on lifestyle changes such as getting enough sleep, exercise, and eating well.

The yoga group underwent a 1-hour yoga practice 3 days a week for 1 month. The practice included breathing exercises, meditation, and yoga postures. After the first month, they practiced yoga at home 5 days a week for an additional 2 months.

Participants wrote down all migraine information, including the duration of the episode, severity, and medication taken.

After 3 months, the average number of pills taken by those in the yoga group went down 47 percent. The average amount of pills taken in the medication-only group decreased by about 12 percent during the same time.

“Our results show that yoga can reduce not just the pain, but also the treatment cost of migraines,” Bhatia said in a statement. “That can be a real game-changer, especially for people who struggle to afford their medication. Medications are usually prescribed first, and some can be expensive.”

Bhatia said in a statement that more research is needed to see if the benefits of doing yoga would last for a longer period. Also, the information was self-reported, and data may not be consistent, Bhatia added. He could not be reached for comment.

It is difficult to draw much of a conclusion from a study designed this way, noted Dr. Amy Gelfand, director of pediatric headache at UCSF Benioff Children’s Hospital.

“Just like pharmacologic treatments must have a placebo-control for comparison, behavioral studies need to have an attention-control group for comparison,” she said. For example, the group that did not receive yoga instruction should have had an interaction with a provider for the same duration.

“Without such a control group, it’s difficult to conclude whether the observed effect was actually from yoga, or from the nonspecific benefit of interacting with a caring and attentive person during those hours,” she said.

Dr. Teshamae S. Monteith, chief of the headache division at the University of Miami Miller School of Medicine, said that well-designed studies are lacking when it comes to exploring yoga’s effects on patients with migraine.

“We also do not know what medications were used both acutely or preventively. Ideally, preventive medications should be stable for 2 months before the randomization,” she added.

Though there are questions on its efficacy, there is some evidence for relaxation therapy as a nonpharmacological treatment for migraine, Monteith told Healthline. She referenced a in Headache that found positive benefits of yoga to treat migraine without aura.

Aside from stress reduction, there could be other effects from doing yoga that alleviate migraine symptoms.

“Yoga may alter the autonomic nervous system and thus the interconnections with the trigeminal vascular system,” Monteith explained. “Imaging studies have also shown a positive effect of yoga on the limbic system, pain matrix, and the brain networks including the default mode network. Yoga may be also helpful for a number of factors that are associated with migraine, such as sleep, physical function, and quality of life.”

Although this is a small and preliminary study, a behavioral interventional program including relaxation techniques, yoga, and deep breathing can be considered for patients with migraine, Monteith said. It’s not yet known, however, if severe migraine attacks or a history of multiple preventive medications may benefit from yoga.

Dr. Mia Minen, a headache specialist at NYU Langone Health and associate professor of neurology and population health at NYU Grossman School of Medicine, told Healthline that she’d like to see people in Western countries studied. That’s where yoga isn’t a traditional practice.

“This would further the generalizability of the results,” she added.

Doctors looking to recommend yoga should make sure that patients practice breathing, meditation, and postures.

Patients with migraine who used mindfulness-based stress reduction in a also experienced relief from migraine symptoms. The therapy integrates mindfulness meditation and yoga.